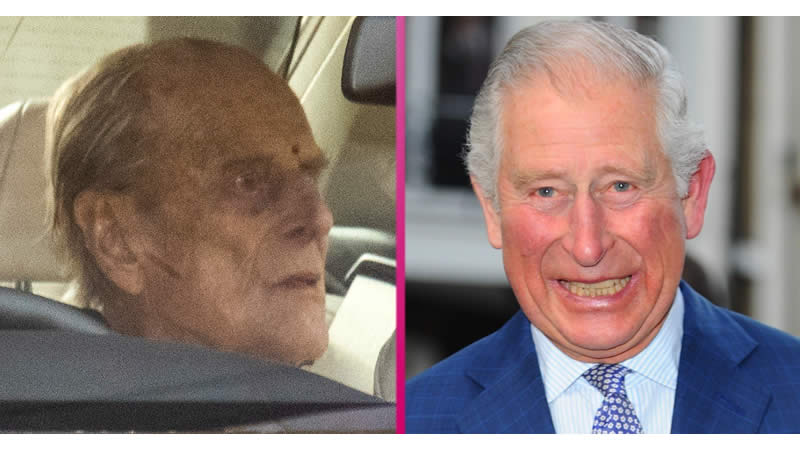 The Duke of Edinburgh, 99, left King Edward VII’s Hospital on Tuesday – one month after being taken in for treatment.

Reacting to the news, Prince Charles appeared delighted at the thought of his elderly father returning to Windsor Castle.
Prince Philip latest: What did Prince Charles say?
The 72-year-old shared his joy while visiting a coronavirus vaccination centre in London.

Alongside his wife Camilla, he said: “I am thrilled about it.”
In addition, Charles also admitted he had spoken to the Duke “several times.”

The Prince of Wales was the only royal to visit Philip during his hospital stay.
At the time, the hospital explained visitors were only allowed in “exceptional circumstances.”

However, following his visit, Charles travelled 100 miles back to Highgrove House in Tetbury.

When did the Duke leave hospital?
The Duke left hospital earlier today.

During his stay, he received treatment for an infection before moving to St Bartholomew’s Hospital to undergo a heart procedure.
To confirm the news, Buckingham Palace released a statement on behalf of the Duke.

It read: “The Duke of Edinburgh has today been discharged from King Edward VII’s Hospital and has returned to Windsor Castle…
“…following treatment for an infection and a successful procedure for a pre-existing condition.”

It added: “His Royal Highness wishes to thank all the medical staff who looked after him at both King Edward VII’s Hospital and St Bartholomew’s Hospital. And everyone who has sent their good wishes.”
Meanwhile, earlier this month, the Queen paid a special tribute to her husband while he was in hospital.

During her televised speech on Commonwealth Day, she sported a brooch she once wore on their honeymoon.

In addition, the monarch also wore it to mark their 60th and 73rd wedding anniversaries.

The piece features sapphires and diamonds set in platinum.