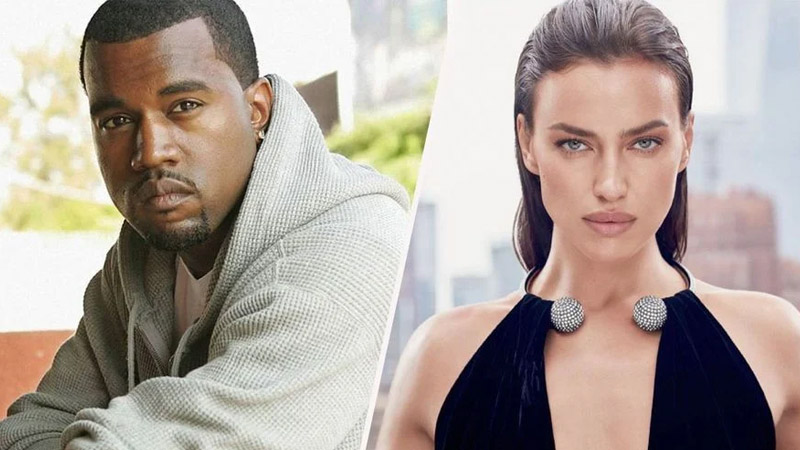 Rumours are swirling of a new A-List couple. We examine the evidence…
A new rumour is quietly bubbling stateside: that Kanye West – rapper and ex of Kim Kardashian – is quietly dating Irina Shayk – the model and ex of Bradley Cooper. Normally, it takes a surprise sighting or red carpet debut to make us take notice of a new couple, and thus far no proof has been forthcoming. But the speculation – started on the iconic anonymous tip Instagram account DeuxMoi – is building. While we wait to see if anything concrete emerges, we’ve done some detective work worthy of Miss Marple. And while there’s no clear proof, there are unequivocal links between the pair. Let’s look through the evidence.

In 2010, Kanye West released his music video for his song Power, featuring Dwele. The music video showed him surrounded by beautiful women, in floating robes, some with horns. It was a very Greek god vibe. And who were these women? Jessica White, Diandra Forrest and… Irina Shayk.

Also in 2010, Kanye released Calvin Klein Denim Flow. The lyrics included a rundown of the beautiful women whose acquaintance he’d like to make. Irina made the cut: ‘I wanna see Irina Shayk next to Doutzen,’ the lyrics read.

On April 26th, Irina was seen in New York wearing a T-shirt featuring DMX, the late rapper. The garment was designed in collaboration with Kanye and Balenciaga.

On Monday May 24th, Deux Moi posted a tip from a source stating that Kanye and Irina were ‘dating’. This caused a second source to interject, stating that while Kanye may have tried ‘courting’ Irina, they were just friends. But this caused a reply – it is unknown if this was the original source or a new, third one – saying that they were ‘definitely dating.’

Is there anything beyond hearsay and circumstantial evidence? No. But the pair are clearly on each other’s radar. We shall keep our eyes open for more…