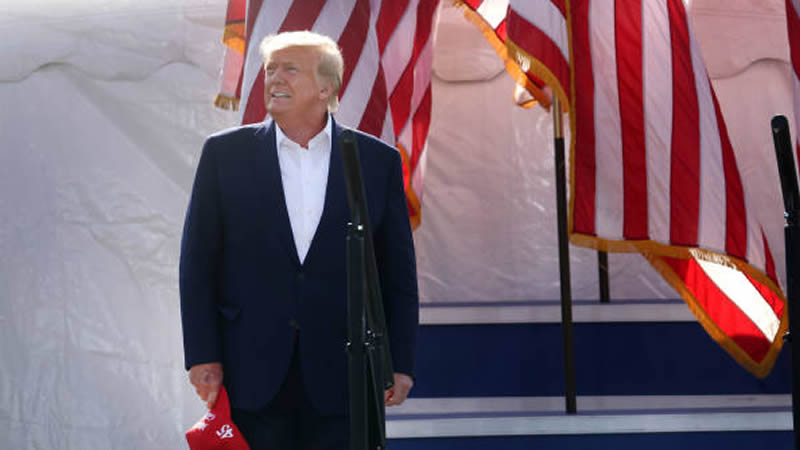 Investor says the decision to permanently suspend the former president alienated parts of the US but did not ‘end Trump’s voice’.

Should Elon Musk succeed in acquiring control of Twitter, he has stated that he would rescind Donald Trump’s Twitter ban.

The decision to indefinitely suspend the former US president’s account, Tesla CEO Elon Musk said at the Financial Times Future of the Car conference on Tuesday, was “morally wrong and flat-out stupid.”

“Banning Trump from Twitter didn’t end Trump’s voice; it will amplify it among the right. And that’s why it’s morally wrong and flat-out stupid,” he said.

Musk, who views himself as a free speech absolutist, said he “would reverse the permanent ban” on Trump, despite the fact that he does not yet control Twitter. He also criticized the platform’s indefinite suspensions in general.

The Twitter board unanimously decided to sell the platform to Musk for $44 billion last month, but the deal still needs shareholder approval.

The potential acquisition sparked a debate over free speech and the role of social media platforms in managing information flow.

Many conservatives in the United States welcomed the possibility of a less regulated Twittersphere, with top Republicans pressing Musk to revive Trump’s account, which had been suspended permanently following the January 6, 2021, US Capitol riot.

“After close review of recent Tweets from the @realDonaldTrump account and the context around them we have permanently suspended the account due to the risk of further incitement of violence,” Twitter said in a statement at that time.

As the former president and some Republicans falsely claimed that there was significant voter fraud in the race, Trump’s supporters broke into and ransacked the Capitol building to prevent the certification of Joe Biden’s electoral victory.

Musk termed the decision to ban Trump from Twitter “foolish in the extreme,” saying that the decision “alienated large parts of the country and did not ultimately result in Donald Trump not having a voice”.

While in the White House, Trump’s statements sparked continual debate and, at times, foreign diplomatic problems.

As per Aljazeera, Musk pointed out that Trump has previously stated that even if the ban is lifted, he will continue to utilize his own Truth Social platform rather than return to Twitter.

“I think this could end up being frankly worse than having a single forum where everyone can debate,” Musk said.

Despite his support for unregulated speech, Musk has indicated that he supports some “destructive” post moderation techniques, such as temporary suspensions and making tweets invisible to other users. He didn’t say exactly what he meant by “destructive” posts.

“I would say it’s the decision by a private sector company to make on who will or will not be allowed on their platforms,” she said on Tuesday.

“What I will say broadly speaking is that our effort is to, of course, make sure that freedom of speech is protected across the country, but that also, these platforms are not used [as] forums for disinformation.”

The National Association for the Advancement of Colored People (NAACP), a US civil rights advocacy group, advised Musk after his Twitter contract was authorized in April against allowing Trump back on the platform.