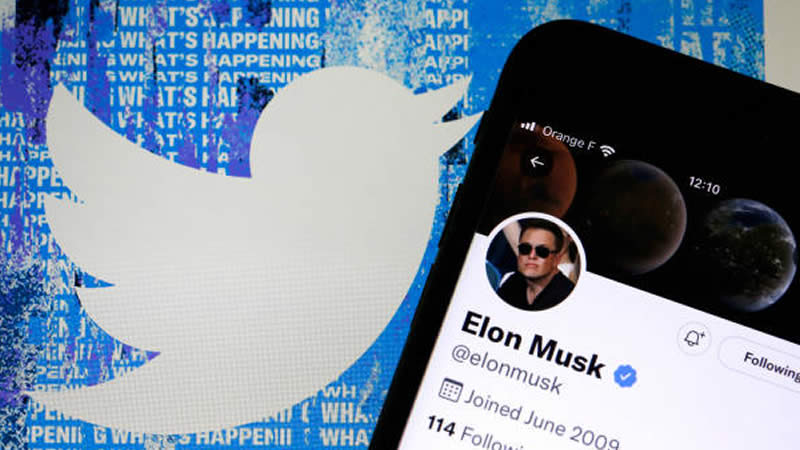 While Democrats raise concerns and Republicans commend Elon Musk’s announcement Monday that he would buy Twitter for $44 billion, experts consider what political impact the world’s richest man will have on the social media giant and whether his private ownership of the company, once it closes later this year, will pave the way for Donald Trump’s return.

Democrats are already painting a bleak image of the platform’s future, with Massachusetts Senator Elizabeth Warren calling the sale “dangerous for our democracy,” while Republicans have hailed it as a win for “free speech,” with Musk describing himself as a “free speech absolutist.”

According to ABC News, Musk has proposed a number of changes to the platform, including adding an edit button and making algorithms more transparent, but technology analyst Amber Mac expressed concerns on Tuesday that Musk’s literal definition of free speech could lead to increased harassment and even hate speech on Twitter.

“There will be a small number of people who step away from the platform because they’re worried about its future with Elon Musk at the helm, and that could have a devastating ripple effect if you start to see people who feel potentially unsafe on Twitter,” Mac said in a phone call with ABC News. “And that is a very real risk that Elon Musk is going to take if he decides to allow people to speak without any limitations.”

“This isn’t a particularly attractive purchase,” she added. “If you think about Twitter’s revenue on an annual basis, he overpaid for this platform as it stands right now. And I think that he’s done it, not necessarily just for the money, but I would say, definitely, for the power.”

Republicans have blasted the platform for booting former President Donald Trump in the wake of the Jan. 6 attack on the Capitol, claiming it has become too heavy-handed against conservative voices. The Tesla and SpaceX entrepreneur has long been critical of how Twitter manages its content, pushing for looser moderation, Yahoo says.

“This is a great day to be conservative on Twitter,” Sen. Marsha Blackburn, R-Tenn., tweeted Monday. “Elon Musk buying Twitter terrifies the left because they don’t want their power to censor conservatives threatened,” she added.

Republicans have mostly rallied around Musk since he declared his plan to buy Twitter in a tweet 11 days ago. One day after filing his proposal, he told a TED conference that his takeover plot is for free speech.

“If in doubt, let the speech exist,” he said. “If it’s a gray area, I would say, let the tweet exist. But obviously, in the case where there’s perhaps a lot of controversies, you would not necessarily want to promote that tweet.”

Musk has argued that Twitter’s content moderators intervene too much on the platform, calling it the internet’s “de facto town square.”

“Free speech is the bedrock of a functioning democracy, and Twitter is the digital town square where matters vital to the future of humanity are debated,” Musk said in a release announcing the deal Monday. “I also want to make Twitter better than ever by enhancing the product with new features, making the algorithms open source to increase trust, defeating the spambots, and authenticating all humans.”

“Twitter has tremendous potential — I look forward to working with the company and the community of users to unlock it,” he added.

Experts warn that without current misinformation measures in place, and if all users who have been taken off were let back on, fact-checking voices would exit the site in defiance, the social media giant’s landscape would seem very different.

Trump’s account, along with a slew of other accounts that have previously broken Twitter’s rules, should be restored, according to Angelo Carusone, president of media watchdog Media Matters.

“Elon Musk will unwind a whole range of very basic protections against harassment, abuse, and disinformation that Twitter has spent years putting into practice — effectively opening the floodgates of hate and lies and using Twitter’s position as a market leader to pressure other social media companies to backslide,” Carusone said in a statement Monday.

“The race to the bottom begins,” he added.

The American Civil Liberties Union raised concerns similar to Warren — with one person, Musk, in this case, also the world’s richest man, obtaining “so much control over the boundaries of our political speech online.”

Musk hasn’t indicated whether banned users will be let back on, and Trump has stated that even if he is reinstated, he will continue to use his own platform.

“I am not going on Twitter, I am going to stay on TRUTH,” Trump told Fox News Monday. “I hope Elon buys Twitter because he’ll make improvements to it and he is a good man, but I am going to be staying on TRUTH.”

Georgia Rep. Marjorie Taylor Greene, whose personal Twitter account was permanently suspended in January for “repeated violations” of Twitter’s COVID misinformation policy, reacted to the sale from her government account, saying Twitter violated her freedom of speech “along with an unknown number of Americans.”

“I want everyone else to have theirs back too if they choose it,” she said.

Mac, who writes a weekly newsletter on technology trends, said the platform’s landscape as Musk takes over may lean largely on how advertisers react, noting most mainstream social media platforms in the western world do not allow for “totally free speech.”

“And that reason is that the mainstream platforms in the social space depend on advertising revenue. Advertisers don’t traditionally want to jump into cesspools of online misinformation, disinformation, and hate.

They tend to shy away from those types of communities,” she said. “So, I think, in the long term, when it comes to people using this platform down the road, there will be people who will want to step away if suddenly there are no guardrails in place to protect them.”