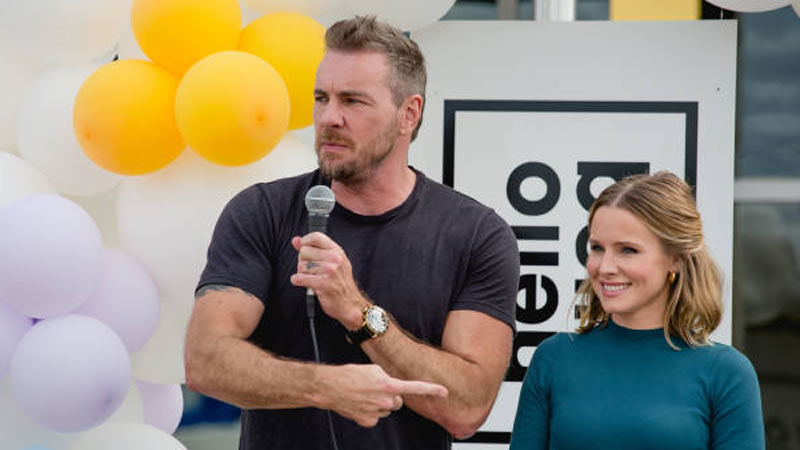 Dax Shepard told Anna Kendrick that his wife Kristen Bell is jealous of her.

While discussing her new part in the upcoming film, Alice, Darling, on Shepard and Monica Padman’s podcast Armchair Expert, the Pitch Perfect star was given a “quick compliment” by the co-host.

“I’ve known Kristen [Bell] for fifteen years, she has only had jealousy over a single human, and it’s been you,” he told Kendrick, 37. “I’d never seen it. It blew my mind.”

“Kristen was like, ‘Who is this other short person? Oh, so she can sing like that too? I’m already here. We got another one,'” Shepard continued, before assuring he asked his wife’s “permission” to share the information.

“She monitored you, recognized how brilliant you were, lost some roles to you, slowly processed the whole thing, and has nothing but wonderful feelings for you. But you’re the only person who ever made her jealous that I witnessed,” added the actor of Bell, 42.

After noting that the situation is “bizarre,” Kendrick responded, “I actually have a funny thing with your wife where I never felt that she liked me.”

Explaining her reasoning, she said, “But I do think a massive percentage of that is just genuinely when it comes to like really sweet angelic blonde girls.

I just assumed they think I am weird, they think I am like this weird little troll. And I don’t think of Kristin as short, I think of her as just an angel, and she’s so sweet. And I feel so rough around the edges that I was like, ‘Oh, she must not like me.’ I am sure that’s just my projections, that’s not actually how she feels.”

Debunking Kendrick’s theory, Shepard later addressed, “I have to be ultra clear with you: She never disliked you.”

“I just want to say that, for the record, never disliked — [she was] jealous, which I had never seen,” he added.

Still, in shock with the confession, Kendrick replied, “That is so unfathomable to me.”

On Thursday, Alice, Darling will be released exclusively at AMC Theatres.

Britney Watson Missing, Manhunt in Tennessee is underway for Mother of two and ex-husband

‘Women Were Disposable’: Ex-Playboy Employees Allege They Were Sexually Assaulted in Docu-Series