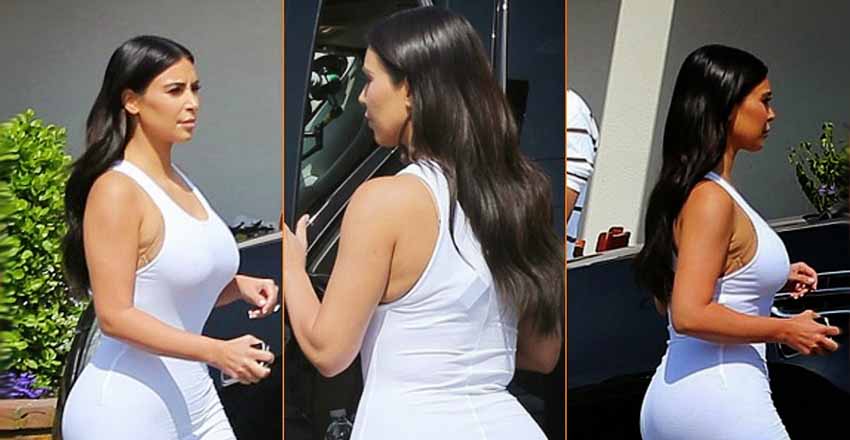 Leave it to Kim Kardashian, 34, to rock a skin tight dress while pregnant — and look completely fabulous! The mother of North West, 2, showed off her growing bump while out with Kourtney, 36 and Khloe, 31, in Los Angeles on July 7. She left very little to the imagination in her sexy skin-tight dress! 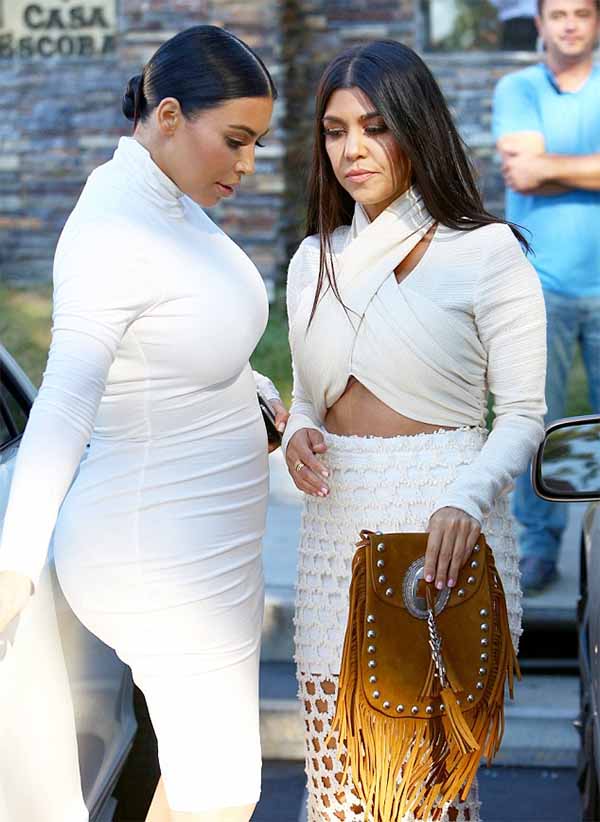 Kim is glowing, growing and showing! The KUWTK star seems to be full-on flaunting her figure during her second pregnancy. She opted for a white hot long sleeve dress while at Casa Escobar, which completely clung to her curvaceous figure. Khloe and Kourtney also wore white for the outing, but all eyes were definitely on Kim and her growing bump!

Read More: Kim Kardashian and Kanye West Together at Gym 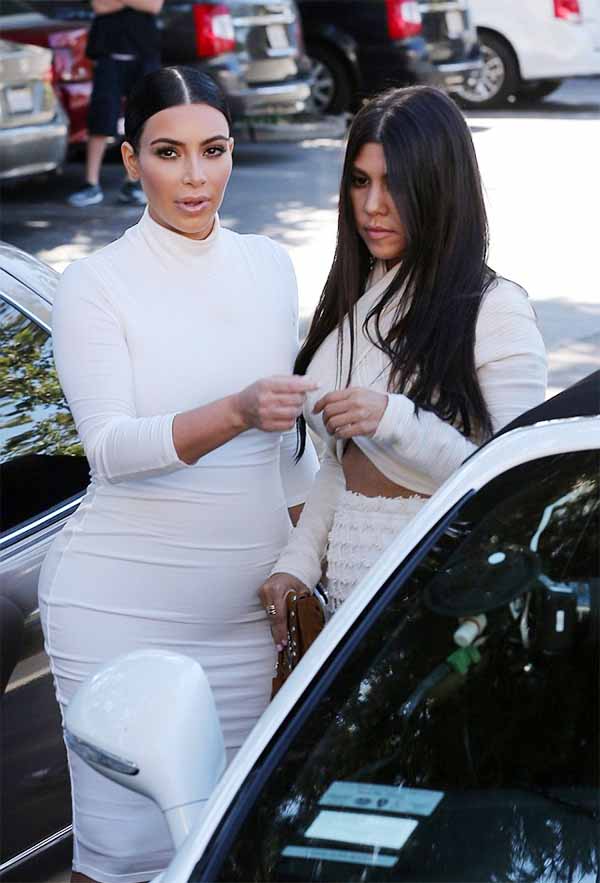 Kim  has been turning up the heat in various sexy outfits while she’s pregnant with her baby boy. Clearly, she’s not afraid to be daring! The reality star has also insisted she’s not getting Botox or using fillers while pregnant. Kim was slammed by her ex-step brother Brody Jenner, 31, on July 7, after he admitted that he doesn’t consider Kim, Khloe and Kourtney family anymore — in fact, he didn’t even know the sex of Kim’s unborn baby! 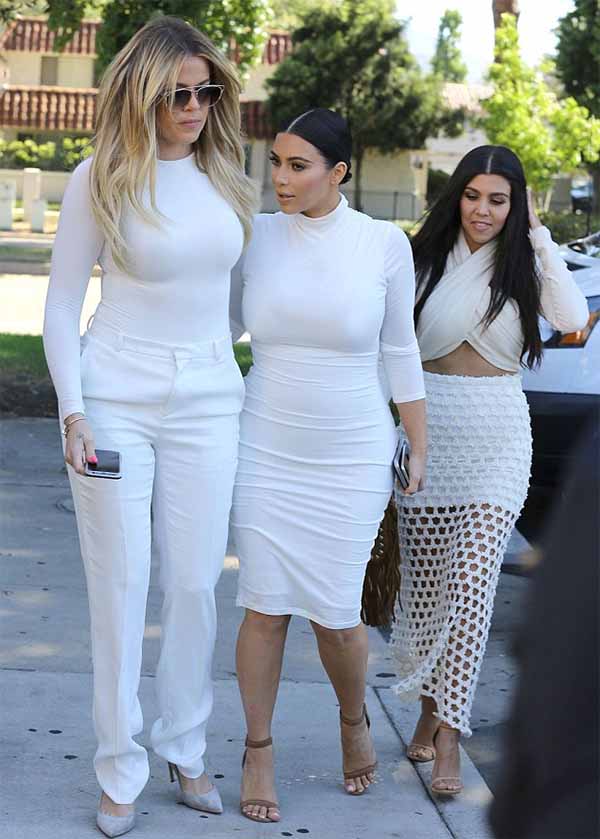 The Sex With Brody star admitted that he didn’t get Kim’s new baby a present, just like he didn’t get North a present when she was born. There’s no bad blood between them, he just claims he doesn’t have a relationship with Kim or her husband, Kanye West, saying they “live two completely separate lives.”