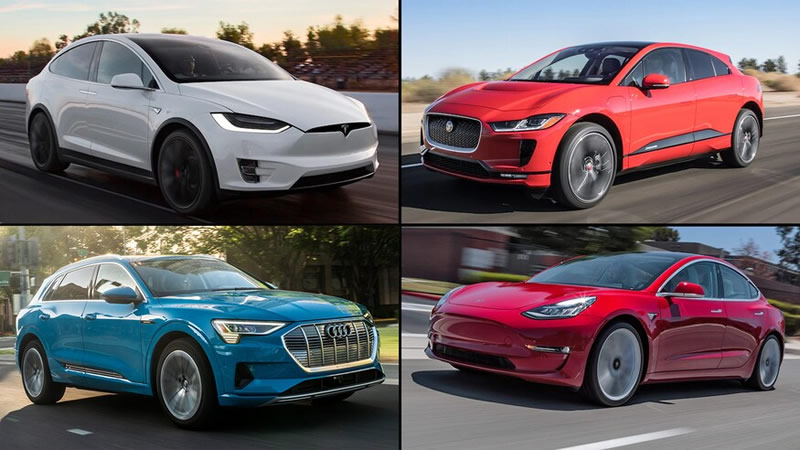 With the technology that the automotive industry has today, it is not surprising to see cars out performing records on an annual basis. Over the years, we were made to believe that petrol is the best option to run cars. However, modern engineering has been able to change this notion by introducing the fastest electric cars.

Why make electric cars? Electric cars in the long run can be cheaper. Instead of being dependent on gas, cars make use of electricity that can power your vehicle. There are many hesitations though when it comes to electric cars. For instance, you have battery life and even ugly designs of the past. However, modern and fastest electric cars are here to change all that.

There are great things proved by electric cars. The fastest electric cars proved just what modern engineering can bring to the table. Also, it raises awareness not only to manufacturers but also consumers that we don’t need to be dependent on petrol for our transportation. This trend has been able to make manufacturers look good as well. It enabled them to showcase how good their technology is.

The design of the Corvette is nothing short but amazing. It has a 700 horsepower engine that allows the car to hit 0 to 60 in just three seconds flat. How much does this car cost? You can have it for $335,000. And what’s the craziest thing about the car? It makes use of manual transmission.

There are many reasons why the automotive industry is now switching to electric cars. One of the reasons is that the world’s climate is already changing. It is now clear that the world is getting hotter and colder at the same time. The bottom line is that it is now affecting us.

This is also the reason why governments are doing their best to implement rules that can control emissions. Over the years, you can blame the automotive industry to contribute to this problem. However, today, we have electric cars to make the change. Electric cars are said to be the solution to climate change. It can help curb our dependence to petrol. With more and more people being dependent on cars, this technology could help stop climate change.

With 850 horsepower engine, nailing 0 to 60 miles per hour in just 3 seconds flat, this super car deserves to be called as one of the world’s best electric cars. Its top speed is at 198 miles per hour making it one of the fastest electric cars out there today. According to the makers of this electric car, it can even go faster if the weight ratio has been adjusted. Now, that is something amazing given the fact that the race track is used by engineers as their lab to develop new technologies. It makes use of a 2000 kilowatt motor and lithium-ion phosphate battery.

The Tesla Model S P90D is a powerful electric car that can reach up to 160 miles per hour. It has been able to defeat the discontinued P85D. As mentioned earlier, Tesla is the type of company that has been bringing innovation after innovation to the automotive industry. In fact, this car can reach 0 to 60mph in just a matter of 2.8 seconds. That is an impressive feat, especially for a sedan. Because of this, it has developed a reputation for its fast acceleration time.

Basically, the P90D is only an update to the Tesla Model S P85D model. However, it is more than just a car that can break speed records. It is an electric car that runs on things like max battery performance mode.

When this car was presented at Geneva Motor Show 2016, there were some improvements that were made with the car. In fact, it can already reach 0 to 60 miles per hour in 2.6 seconds.

At $980,000, the Rimac Concept One is not only a fast electric car but also an expensive piece of an automotive gem. On several occasions, it has been described as one of the fastest electric automotive vehicles in the market today. In terms of performance, this car can reach 0 to 60 miles per hour in just 2.8 seconds.

The amazing thing about Rimac is that the company itself started only in 2009. And to make things even more amazing, it started in a garage. Over the years, it has been able to patent up 24 innovations. The Rimac Concept One uses a 1,088 horsepower engine and the battery could power the entire unit up to 500 kilometers per charge.

The Blood Shed Zombie 222 is an electric version of the 1968 Mustang. It has reached up to 174 miles per hour. It operates with an 800 horsepower engine and has found inspiration from Plasma Boy’s venture to change old cars into electric cars. The name Zombie 222 stands for 2 motors, 2 controllers, and too fast. This car is known to hit 60 miles per hour in just 2.4 seconds. With a dual-motor, it provides power to this vehicle that not even the Tesla P85D could match.

The good thing about the makers of Zombie 222 and White Zombie is that they are not stopping here. They are already aiming to take it further and hit the top speed of 180 miles per hour.

Old school cars don’t run on electricity. However, there are some exceptions and the Plasma Boy Racing White Zombie is that car. Despite its old school look, you will be surprised just how good this electric car is. For starters, the Plasma Boy Racing White Zombie is a modified Datsun 1972. Now, incorporate batteries that have been built for the Navy, and you have a powerful car. To give you an idea just how expensive this project is, the battery itself is already $100,000.

Though modern electric cars can hit a good top speed because of modern engineering, this car is more or less for the drag strip.

Designed to be a super car, the Renovo Coupe made it on our list of top fastest electric cars. Pegged at $529,000, this super car is a thing of beauty. It is the type of car that can hit 60 miles per hour in just 3.4 seconds. And the good thing about this car is that there is no gas needed to operate this elite car. The thing with this car is that the design isn’t really for everyone. However, Renovo promised that this will not be the only thing that we’ll see.

Another car worthy of being in the list of fastest electric cars is The Detroit Electric SP:01. It is a pure electric sports car that has set the benchmark for manufacturers worldwide. It can run as fast as 155 miles per hour. Also, it can go from 0 to 60 miles per hour in just 3.9 seconds.

This particular car makes use of a 210 kilowatt electric motor. Its battery has also been designed to reduce the overall weight of the car. And with its carbon fiber body, it has an excellent power-to-weight ratio.

This car has been on the frontline of modern day innovation. Tesla, living up to its name, is offering technology that can be enjoyed by the future. And if you think that it involves slow cars, this is where you are mistaken. The Tesla Roadster is a $120,000 convertible that operates with a small but powerful motor. Its motor is only the size of a watermelon. However, don’t be fooled by this. It could reach speed of up to 125 miles per hour when the engine is at 14,000 rpm.
And the most amazing thing about the Tesla Roadster is that it has a 200 mile mileage. If you think that this is the best that Elon Musk has under his sleeves, wait until the next generation of Roadster by 2019. You can expect 400 miles from this new generation of cars or even faster.

You might be wondering what made Chevy Volt in our list of 10 fastest electric cars today? Well, let’s just say that it is also a good idea to honor those cars that the average Joe could actually purchase. For just $33,000, you can already enjoy this car.

This car can reach 0 to 60 miles per hour in just 8.8 seconds. If you have purchased the 2016 version, it can get to that speed in just 8.4 seconds. In terms of comfort, price and performance, this is one of those cars that can easily made it in our list.

10 Different Types of Noses and Their Meanings