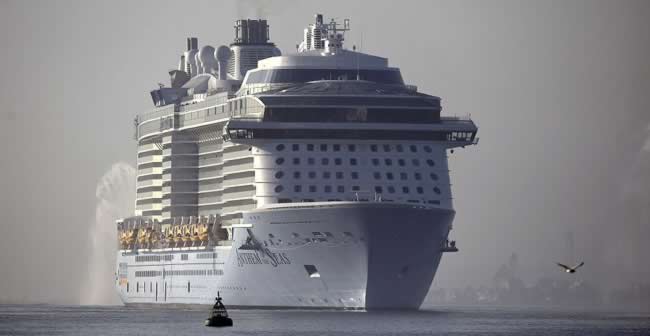 The world’s third-largest cruise ship arrives in Southampton. Packed with robot bartenders, on-board circus training and even virtual sky diving. The highly-anticipated new cruise ship, the Anthem of the Seas, has just arrived in the UK.

Ahead of its naming ceremony, which will take place on April 20, the mammoth ocean liner has reached its berth: the 101 in Southampton Docks, which will be its home port for the summer season. The world’s third-largest joint ship, owned by Royal Caribbean, is expecting more than 80,000 people to travel on board this summer. 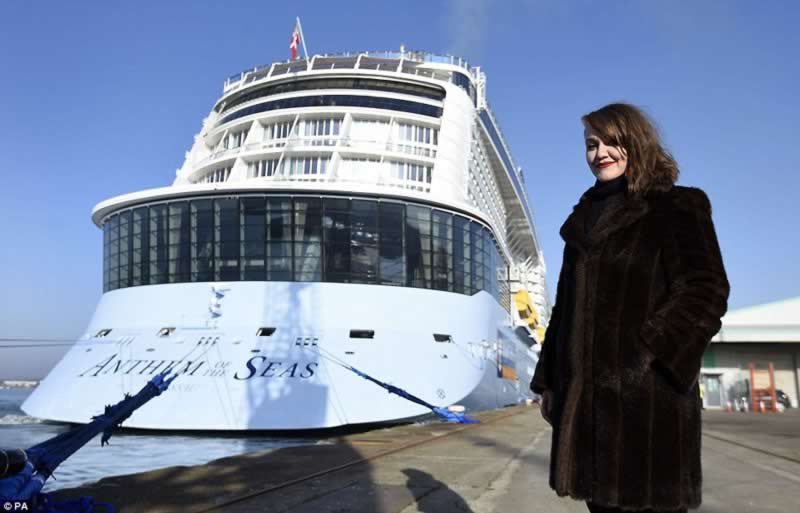 For foodies, there are 18 distinctive on board restaurants, ranging from traditional American to Jamie’s Italian, a traditional pub and Japanese cuisine. Some of the more unusual eating experiences include Wonderland (serving liquid lobster, tempura salmon caviar and truffled eggs), Izumi Japanese Cuisine and Devin Alexander’s Devinly Decadence restaurant. T 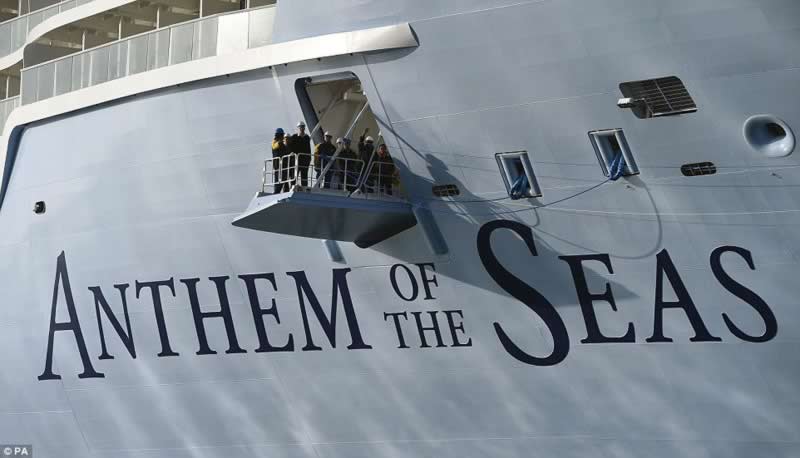 he ship also has an adult-only Solarium and spa with shaded cabanas, a Jacuzzi and adjoining bistro. 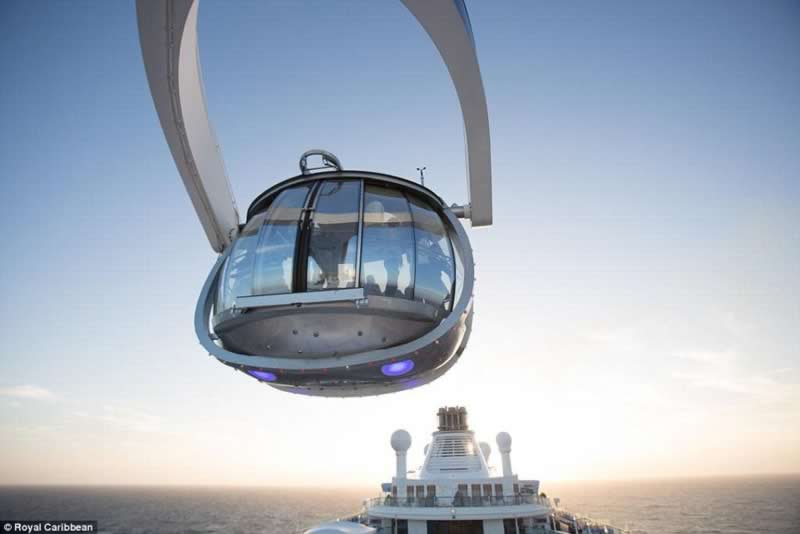 The 1,300-seat theatre will show Queen-themed West End musical We Will Rock You as well as a cabaret show and an original production for Royal Caribbean called The Gift. Anthem of the Seas spans 16 guest decks, encompasses 167,800 gross registered tonnes, carries 4,180 guests at double occupancy and features 2,090 staterooms in total. 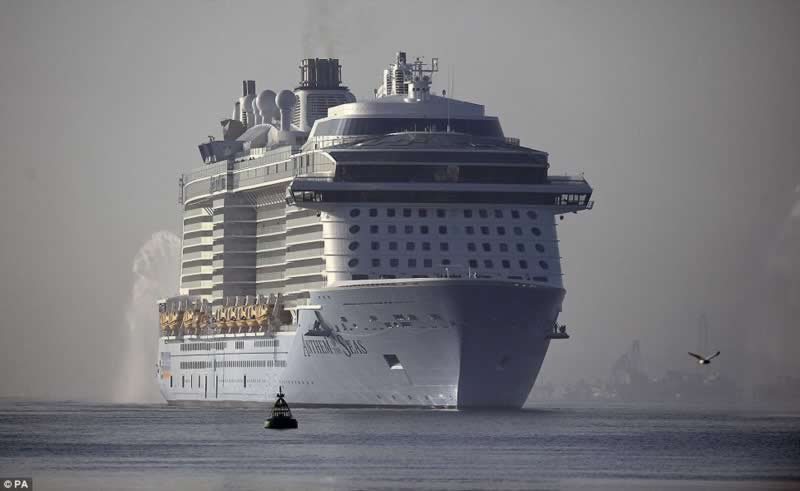 After a summer sailing from Southampton, New York Harbour will become the ship’s permanent home in November, sailing regularly from Cape Liberty Cruise Port to Bermuda, the Caribbean and Canada and New England. 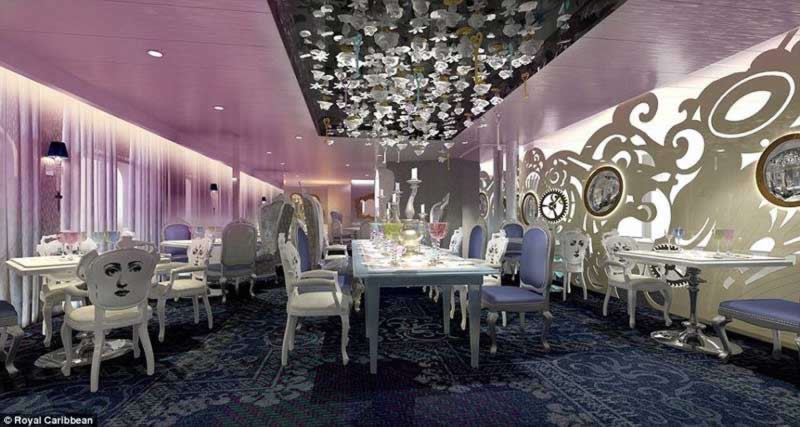 The vessel received its unique name from a 27-year-old travel agent from Sunderland. Emma Wilby won a competition for the honour of becoming the so-called Godmother for Royal Caribbean International’s Anthem of the Seas. Stuart Leven, managing director of Royal Caribbean, said: ‘Anthem of the Seas is designed to deliver what today’s holiday makers want – new kind of experiences and adventures.

With 16 decks and a capacity for almost 5,000 passengers at a time, the MS Anthem of the Seas, is truly an engineering marvel. On board, guests will experience robotic bartenders, be able to take part in circus skills training activities and even go on a virtual sky dive. Passengers with a head for heights can try out the North Star aerial observatory, a glass capsule that takes guests more than 300 feet above the ocean for panoramic sea views. 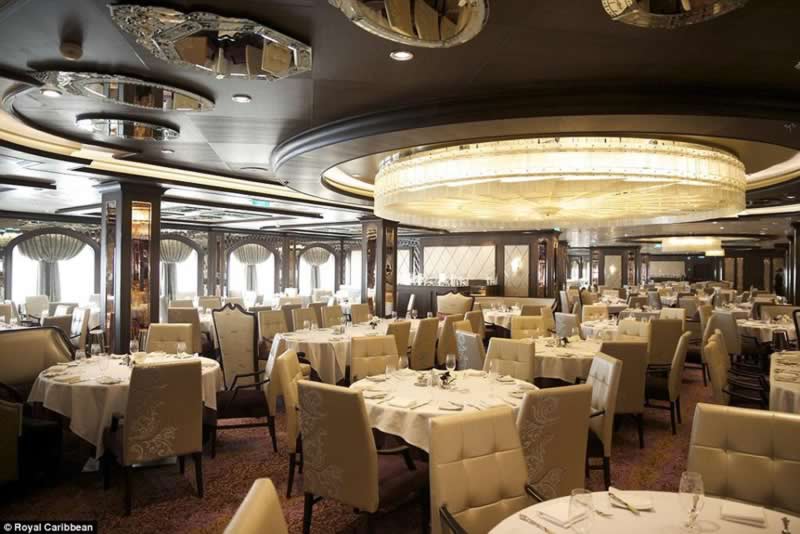 As well as skydiving and circus training, there are also FlowRider surfing simulators on board so kids (and adults) can ride the waves and, in case the weather is bad, SeaPlex is the largest indoor sports and entertainment complex at sea with activities including bumper cars and roller skating.

Ships like Anthem of the Seas will help attract new groups of people and build the future of cruising. He added: The UK and Ireland is our second largest market and with over 1.7 million Britons now taking a cruise every year, it has huge importance for our business. 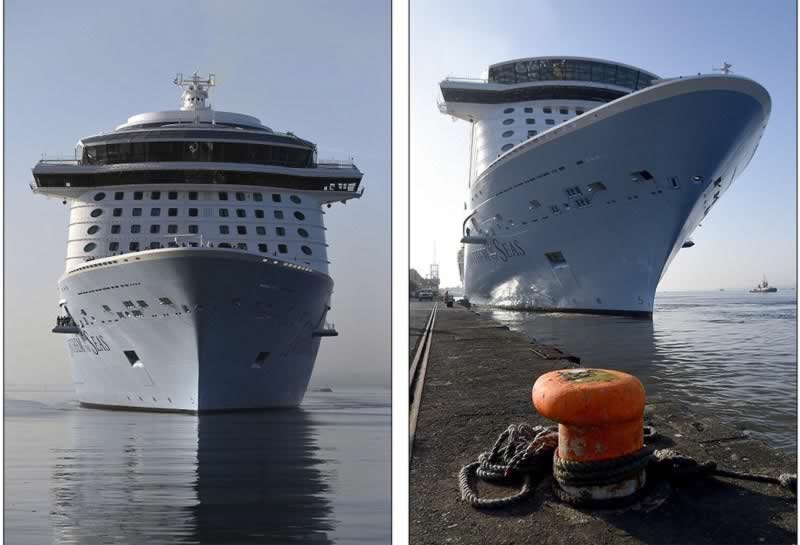 The company also said that they expect the ship to deliver around £50million to the Southampton economy during the upcoming season. 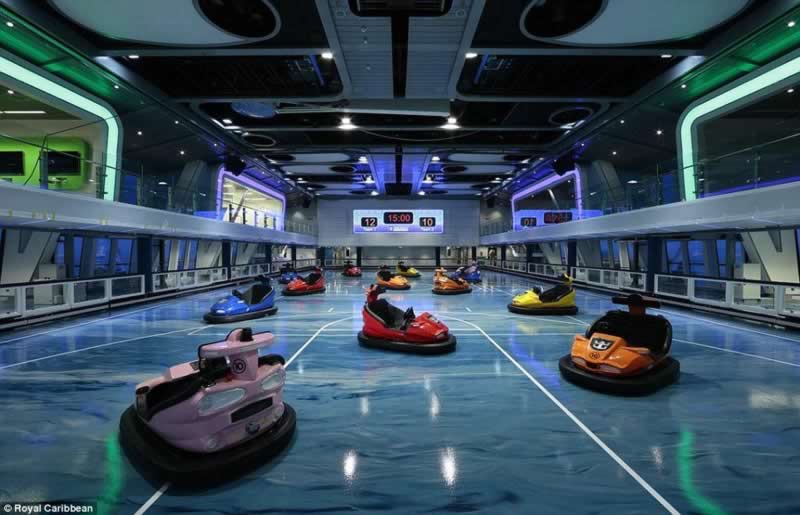 ROYAL CARIBBEAN’S NEW CRUISE SHIP ‘ANTHEM OF THE SEAS’ BY NUMBERS
120 drinks an hour mixed by robotic bartenders
18 restaurants including Jamie’s Italian
2090 cabins, 1,571 with a balcony and 375 with a ‘virtual’ balcony – a screen showing the sea
£670m cost of building the giant vessel
8 swimming pools and whirlpools across 18 decks
£50m boost to economy of Southampton
300 foot height at which glass capsule observatory rises above the ocean waves
1500 crew to look after 4,905 passengers
80,000 guests are expected to holiday on the ship this summer season
1300 guests invited to the naming ceremony 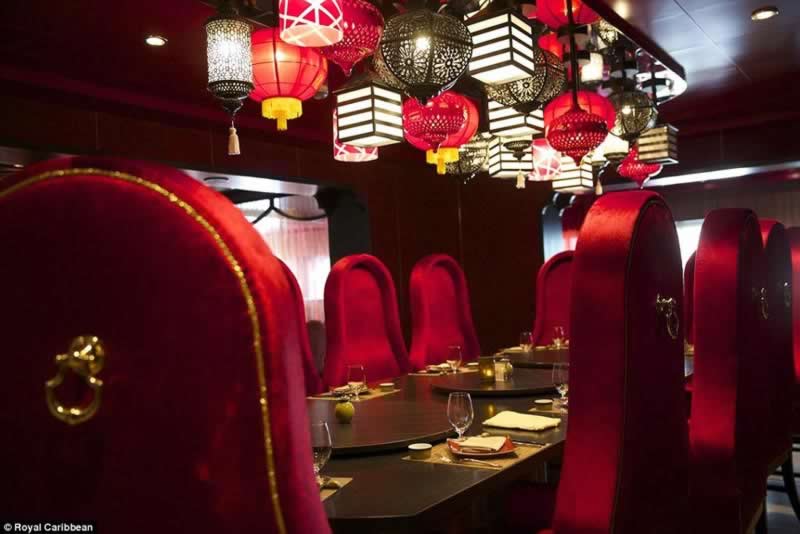 Top 10 Most Popular English Songs of All Time