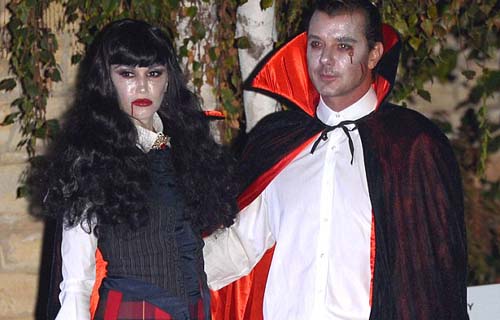 They’ve been married for 12 years and have one of the strongest marriages in showbiz. And Gwen Stefani and Gavin Rossdale proved they’re made for one another by turning up at Kate Hudson’s annual Halloween party in Pacific Palisades, California on Thursday night in matching Mr. and Mrs. vampire costumes with a rock ‘n’ roll twist. 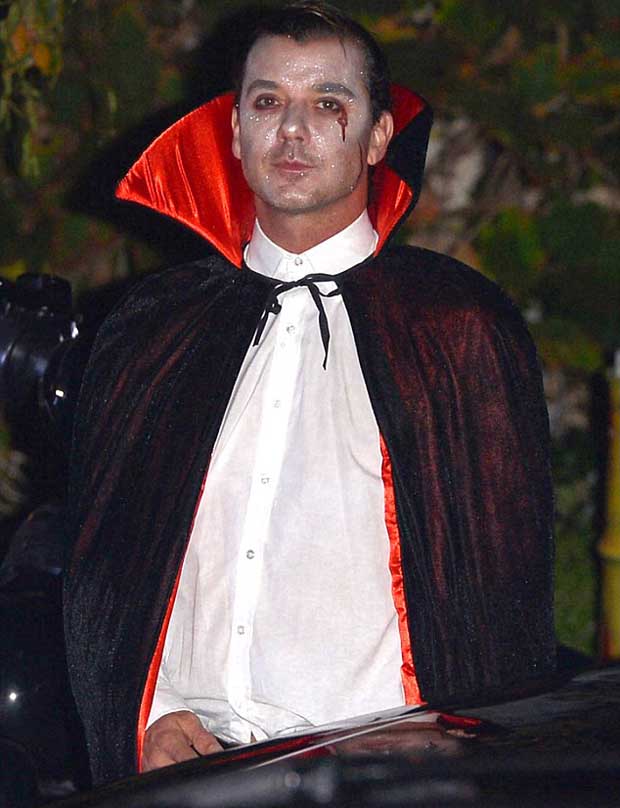 The couple looked seriously spooky in their festive garb, with Bush rocker Gavin dressing up as Count Dracula reincarnated, complete with a high-collared, silk-lined cape. No Doubt singer Gwen, 45, looked unrecognisable in her matching cape and a long, black curly wig. 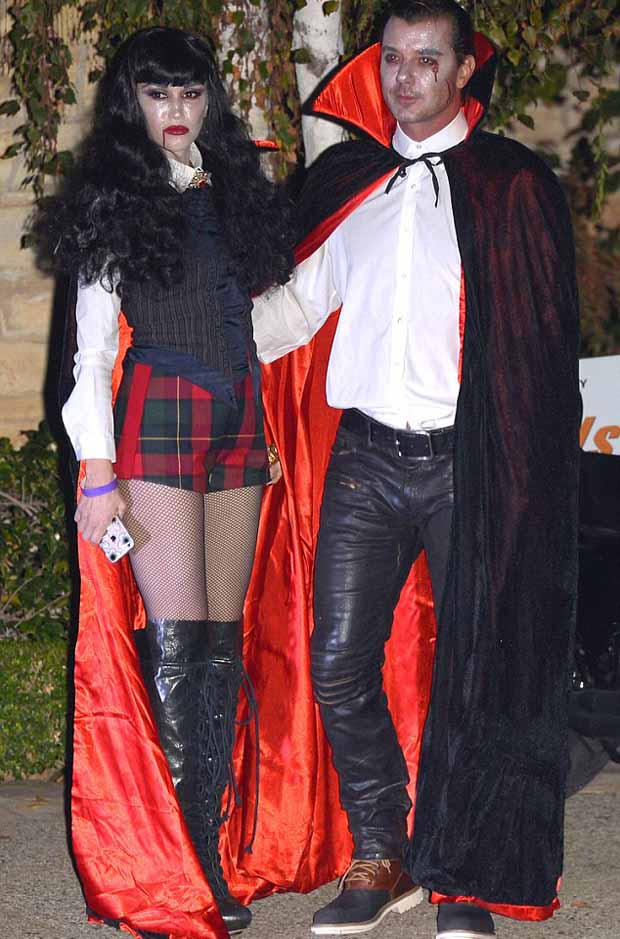 The Voice US mentor’s distinctive punk rock style gave her away, however, since she was wearing a striped waistcoat, tartan mini shorts and knee-high leather boots. Gwen and Gavin – who have sons Kingston, eight, Zuma, six, and eight-month-old Apollo together – were rocking matching make-up, covering their faces in white powder with a trickle of fake blood down each of their faces.
[contentblock id=3 img=gcb.png] 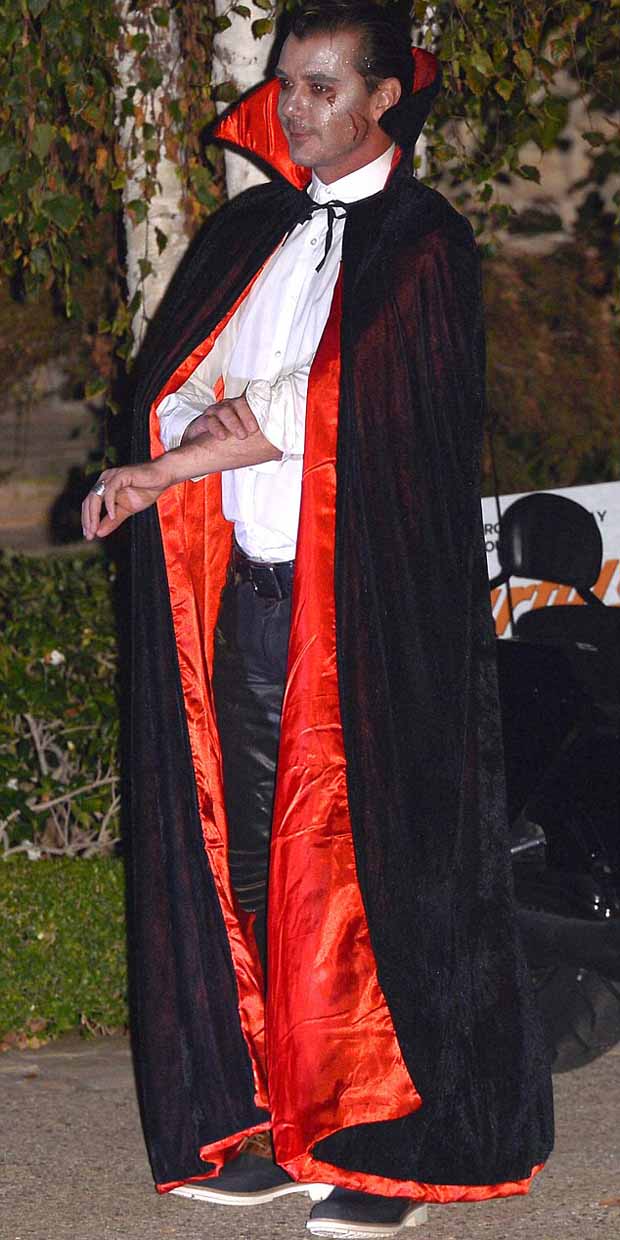 Also in attendance at the party were Katy Perry, who dresses as a giant Cheeto, Tallulah Willis, who came as Eminem, and Nicole Richie, who did her best impersonation of 101 Dalmatians villain Cruella de Vil. They were making the most of the star-studded Halloween bash since Gavin was also celebrating his 49th birthday on Thursday night.