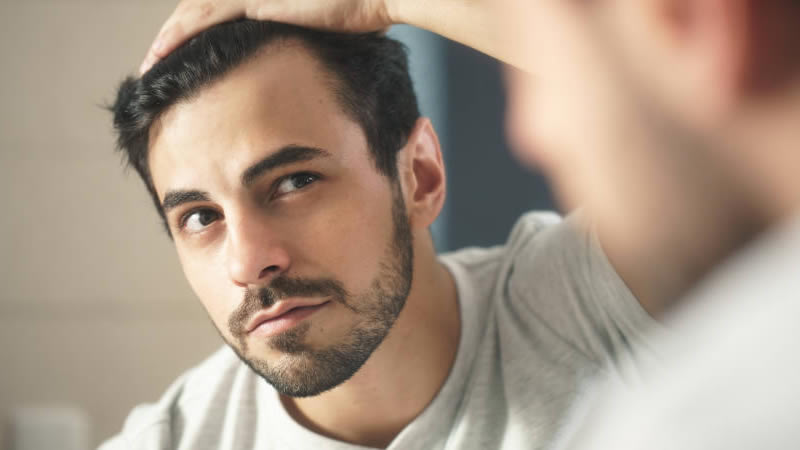 Receding hairline is a common issue in both men and women. It is considered the first sign of pattern baldness and can be caused by a number of reasons. Your hairline begins to recede in a V-shape just above the temples of your hair which gives you a less youthful appearance.

Although women don’t bear complete baldness just like men, however, they can suffer from diffuse hair thinning from all over the scalp and receding hairline.

Hair loss has become a universal issue that’s why a number of solutions have been proposed to overcome this problem. The efficiency of these techniques may vary from one another depending on the type and stage of hair loss. The Following are some of the reasons for hair loss. Let’s discuss:

Studies have shown that 80% of men have a receding hairline by the time they turn 70 years old. Losing your hair or baldness is the natural part of aging. There is nothing to worry about if you are losing your hair in your early 70s. Baldness is a condition in which 70-80% of your hair enters into the Telogen phase.

Hair loss runs in families, if your father has lost his hair, you are prone to suffer from the same condition even at a young age. You can’t deny the fact that your hair follicles are too sensitive due to a genetic predisposition that it can fall even in your late 30s.

This type of hair loss is nearly impossible to recover. Trying different techniques like hair transplant yields nothing but inconvenience and discomfort. For such victims of hair loss, concealing your hair with Toppik Hair Fibers is the best suitable choice.

Increased production of DHT hormone is the main cause of pattern hair loss in both men and women. In this condition, your hair follicles become too weak to fall off by any abnormal hormonal change. One can also bear a receding hairline problem. It is suggested to use powerful anti-oxidants in order to reduce the formulation of DHT.

Certain medications like chemotherapy, antidepressants, anticoagulants, and oral contraceptives can also trigger pattern baldness in both males and females. Your hair starts to fall off after 12 weeks of using these medications.

Everything You Ever Wanted To Know About Mens Eye Creams