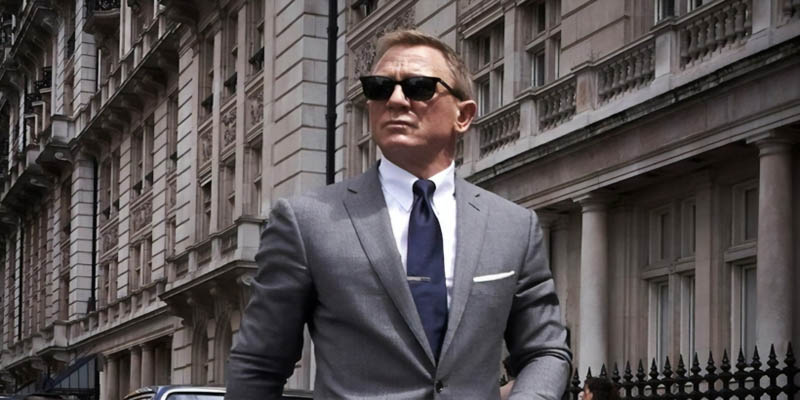 The alpha male is the man who other men want to be, who women want to be with and who gets what he wants – usually women. It could seem like a quaint concept these days if it wasn’t so radioactively toxic. But despite the revelations that precipitated the fall of disgraced movie producer Harvey Weinstein, knuckle-draggers like Donald Trump continue to seize power and grab pussy with apparent impunity, not to mention impoliteness.

Be First To Smile

Or say hello, put out your hand, introduce yourself, crack a joke, break the ice. Yes, you risk embarrassment and non-reciprocation, but the other person will probably be grateful that you spared them from having to do it themselves, or standing there in silence while you both look intently at your phones and avoid eye contact.

Not in the Jean Claude Van Damme splits-between-trucks sense, although that is pretty damn cool. (And while we’re here, take up yoga or do some regular stretching if you don’t want to be less alpha male, more tin man.) As Bruce Lee said, “The stiffest tree is most easily cracked, while the bamboo or willow survives by bending with the wind.” A strong man is strong right up until the point where he breaks: be less rigid and you’ll be more resilient, and able to roll with the metaphorical punches. And don’t be afraid to do a little weeping.

Be an Approachable Leader

If you’re a leader, understand that you’re responsible for the happiness of the people around you. Come in with a face like thunder, ignoring everybody as you close your office door, and they’ll spend the rest of the day anxious and miserable, worrying that they’ve pissed you off even if it’s nothing to do with them, and underperforming at whatever it is that you want them to do.

No, scratch that: just listen – whether it’s your partner coming in from work or your mate inviting you to go for a pint. It’s not so much about what they say as the non-verbal cues that will tell you loud and clear that they’ve had a shit day, or that something’s on their mind. Dig deeper and listen some more. And however obvious the solution or what they should have done may seem to you, don’t offer unless it’s asked for. Generally speaking, what people want is a sympathetic ear, not a smart mouth.

Be Fit for Purpose

It’s not much use being able to bench-press a car if you can’t sprint for a bus, or run a marathon if you can’t deadlift a shopping bag. Your physical appearance is a consequence of your capacity, so by concentrating on the latter, you’ll enhance the former with the bonus of genuine strength or endurance and without the preening narcissism that comes from gazing too long and longingly into the mirror or at the scales.

You may think that bulging biceps or killer abs will make you more attractive, and well they might, from a distance. But if you become completely self-absorbed in the process, then you’ll make yourself deeply unattractive to be around.

Never Forget Your Own Privilege

And don’t downplay other people’s accounts of prejudicial treatment. One of the main symptoms of privilege is that you can’t see the problem, because it doesn’t affect you.

Don’t Take Yourself Too Seriously

The best way to ensure nobody ever laughs at you is to laugh at yourself. People – women and men – want to be around somebody who’s fun.

Sometimes the most alpha thing you can do is not to step up, or over somebody else, but back. A truly confident man is self-assured enough to let someone else take centre stage.

Tips To Look Smart and Handsome