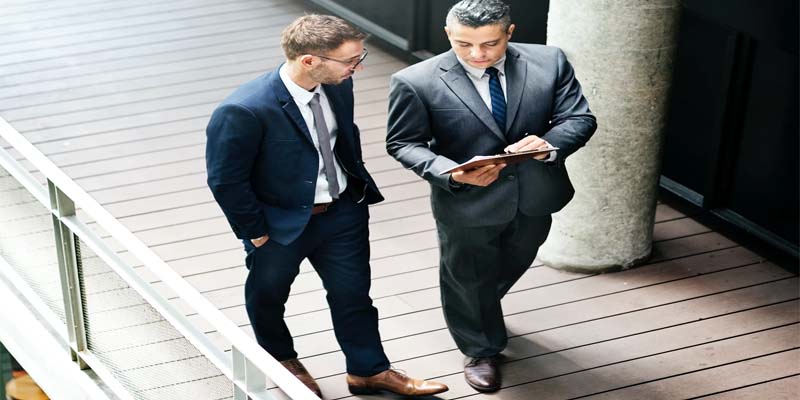 Even in the modern workplace, chivalry cannot be underestimated as a powerful way to achieve your goals and advance your career. Chivalry inspires confidence and respect; tools that improve the quality of your relationships with coworkers, clients and employees. Being chivalrous often is as easy as simply going above and beyond “normal” business etiquette — projecting yourself not only as a professional but also as a good guy. Over the years, I’ve picked up some easy habits that have paid off in better relationships and better business.

Take pride in your passion

It takes courage to start something on your own, to be an entrepreneur. I’ve noticed throughout my career that simply saying it — calling myself an entrepreneur — elicits a sense of romance, of admiration. Entrepreneurs are at the cornerstone of business and life in this country. It’s as if being an entrepreneur, successful or not, makes you a better man. Better in the sense that you’re a job creator, you’re innovating, you’re building. And hopefully, you’re building something good, something that will have impact throughout the world or serve your community in a positive way. Beyond just being the CEO or founder of a company, the same applies to joining an entrepreneurial organization, a start-up or small business, where you’re multitasking every day and where your role actually makes a difference in the direction of the company. The satisfaction that you can derive from working in such an environment is extremely rewarding. Sure it can be chaotic — even uncertain at times — but you’re actually making a difference.

Interestingly, that admiration for entrepreneurs is not always the same in other countries, particularly in Latin America, where I come from. I’ve heard many of my friends’ parents and family members say that their greatest joy in life is knowing that their son or daughter is well-employed by a big multinational, a bank or a government agency. They shun the outcast, the outlier son that decided to break out on his own. Maybe — as good parents are inclined to do — they fear he won’t make it and failure is a big no-no in our countries. Maybe their parents tried themselves and because of old-school regulatory or political circumstances their entrepreneurial experience was jaded — it might have failed. And dare you talk about failure in Colombia or Argentina or Brazil — it’s almost taboo.

Failure doesn’t mean what you think it does

I’d argue that there’s a sense of honor — even satisfaction — in failure. It means you tried something courageous, that you went for it. There’s a chivalrous humility to admit “I failed, can you help me?” In the face of adversity, the entrepreneur rebuilds his courage, puts his head down humbly and keeps on going. Those are all strong qualities of the entrepreneur. If you meet one that only talks about his great successes, run.

Embrace the opportunities in front of you

To be fair, even governments in our countries are taking notice and making it a point to incentivize entrepreneurship. There’s a concrete example of this in Colombia. A hugely successful program called ViveDigital aims to connect every single municipality in the country with broadband. With connectivity in place, a related program called Apps.co, aims to educate and give entrepreneurs the tools and resources they need to take part in that new digital landscape.
And failure is at the heart of the educational process in Apps.co. Learning something from an experience and making it better next time; a cornerstone of chivalry is to acquiesce to fault and have the noble spirit to overcome it. There’s even fancy terms and processes built around failure: iterations, rapid prototyping, MVP (minimal viable product) — these are things that embrace the value of failure. The whole point of this is to fail and fail fast so you can make changes and move along to the next “iteration.”

Yet the greatest example of chivalry in business is when you can do something that gives back to the community. As a U.S.-based entrepreneur, a few years back I had the opportunity to take over the operation of the.CO domain — a Colombian resource, my team and I received a mandate to turn it into a global brand. Today we have companies like Twitter, AngelList and 500 Startups building the future of the web on .CO. There are now over 1.5 million.CO domain names registered by people and companies in more than 200 countries. And what’s really amazing about all this is that a percentage of the revenues we generate from the operation actually go back to programs like ViveDigital and Apps.co — making internet and entrepreneurship available to millions of people in Colombia.

We don’t do this for charity. We are contractually committed to doing so in exchange for our ability to operate .CO. But the point is that our work around the globe with .CO has a direct impact on millions of people in my home country. And that brings me and everyone on my team an incredible amount of satisfaction in knowing that, to an extent, we’re upholding that code of chivalry in such an important aspect of our lives: our business

What’s Better: Being in a Relationship or Staying Single?

The Triangle of Good Grooming