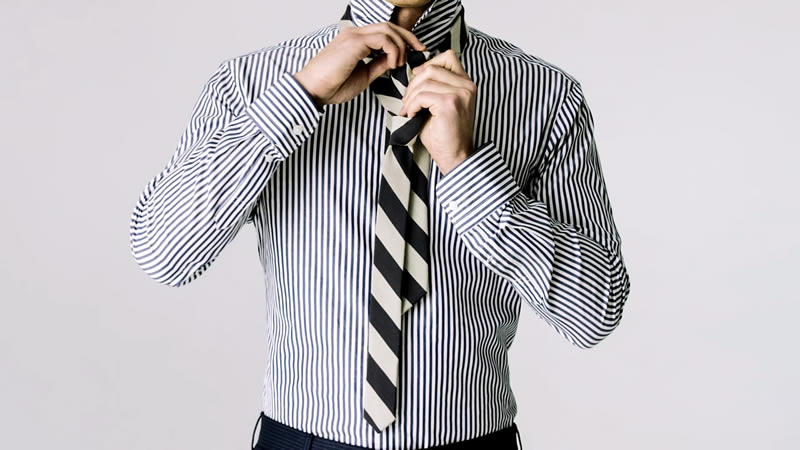 Ties are not just a fashion statement but have always been a symbol of honor, nobility, and sophistication. The Croatian mercenaries in the 17 century were the first ones to wear neckties as a sign of their position. Later King Louis XIV of France admired them so much that he started wearing them himself.

Men in this era of casual clothing generally wear ties as a fashion accessory to make their outfits look interesting and to increase this handsome quotient. Men’s clothing has much fewer accessories that they can depend on to enhance their look. Ties, watches, and shoes are probably the most important ones for men as fashion accessories.

In the past decade or so the workplace clothing has moved from formal to casual and for technology companies sometimes very casual. Turning ties into a symbol of a formal look and for office spaces executive look.

Nevertheless, Ties can add personality, elegance, and formality to all types of looks and enhance your personal style whatever that might be. Even then it is important to note the essential dos and don’ts of wearing a Tie.

The tie is an accessory that needs to be adapted to the content. You will pick the tie keeping in mind the color of the suit, the color of the shirt, and the type of event. The objective is to choose the tie that perfectly compliments the outfit and the occasion.

The choice of the knot should primarily depend on the shirt’s collar type. Basically, the simple knot does the trick. The collar of the shirt must be adapted to the size of the knot of the tie. The Italian and classic collars are very suitable for ties in contrast to the cutaway collars with wide openings that are more suitable for bow ties.

And the color generally is in contrast with the shirt. This touch of color that contrasts with the rest allows you to create a point of visual interest and therefore a look that is out of the ordinary.

And don’t forget the length of the tie has to be to the point of the belt rather just above the belt and never below.

Men Fashion and Style Trend For 2010

Latest Trends in Briefcases For Men