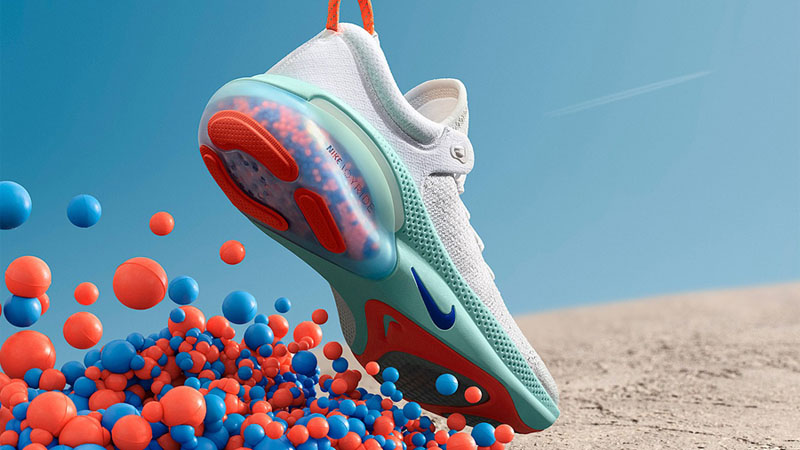 Let us show you newest NIKE sneakers. NIKE has unveiled its newest form of proprietary footwear cushioning called the Joyride. Featuring an ultra-responsive footbed made up of strategically placed pods, which hold thousands of TPE beads, NIKE says its latest system creates a unique sensation that is like running on bubbles. The beads are placed within zonally-tuned pods allowing the foam to expand in all directions, which NIKE has dubbed “multi-dimensional displacement”. This creates a dynamic footbed that forms to the wearers foot with each pod divided into zones, which will see the need for more cushioning. for example, the heel area receives 50 percent of the 8,000 TPE beads for heel striking while the toe area only sees 5 percent.

NIKE came up with the idea several years ago after taking note that runners often preferred running on softer ground rather than hard surfaces like concrete or even treadmills. The design team tested 150 different materials before choosing TPE – a copolymer of plastic and rubber – finding that the joyride system offered 14% greater shock absorption than some of the brand’s most popular running shoes (like the air zoom pegasus 36 and epic react FK2)

Each pair will retail for $180 USD, $140 USD and $200 USD, respectively. Meanwhile be sure to check 20 most expensive shoes in the world which also includes NIKE sneakers