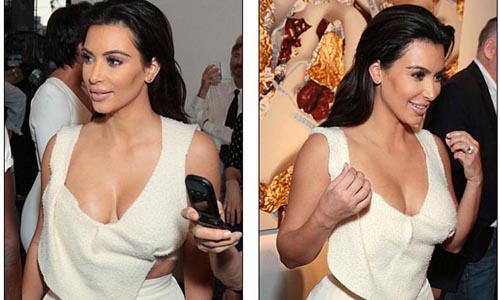 Kim Kardashian flashes midriff in daringly plunging top and matching flared trousers for gallery event with husband Kanye West. If anything was going to steal the limelight away from the artwork on display, Kim Kardashian was going to be it. 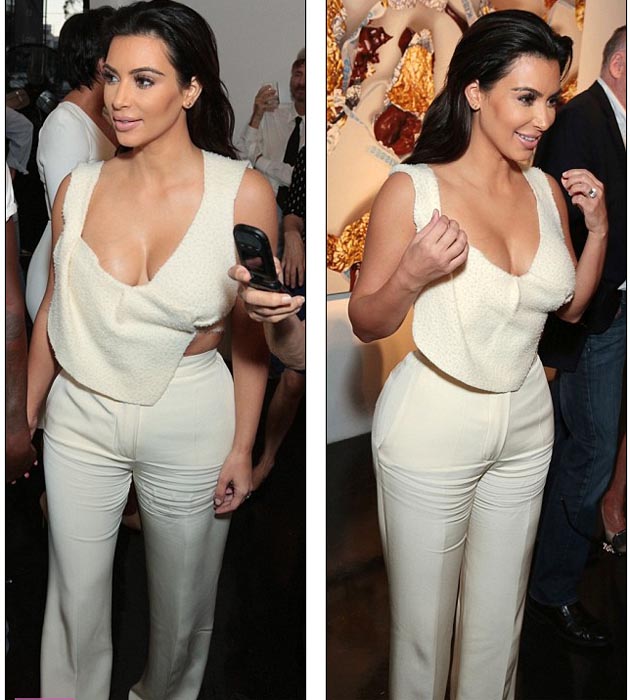 The reality star chose a daringly low-cut top as she hit Santa Monica’s William Turner Gallery for a evening out with husband Kanye West on Thursday. The 33-year-old wore a show-stopping two-piece for the opening night of Carole Bayer Sager’s New Works exhibition, while also accompanied by her mother Kris Jenner.
[contentblock id=2 img=adsense.png]

The mother-of-one flashed a hint of her toned midriff as she arrived arm-in-arm with her rapper spouse, 37. Her draped cropped top was made from a fleecy material, and came complete with thick straps as well as a flared back. 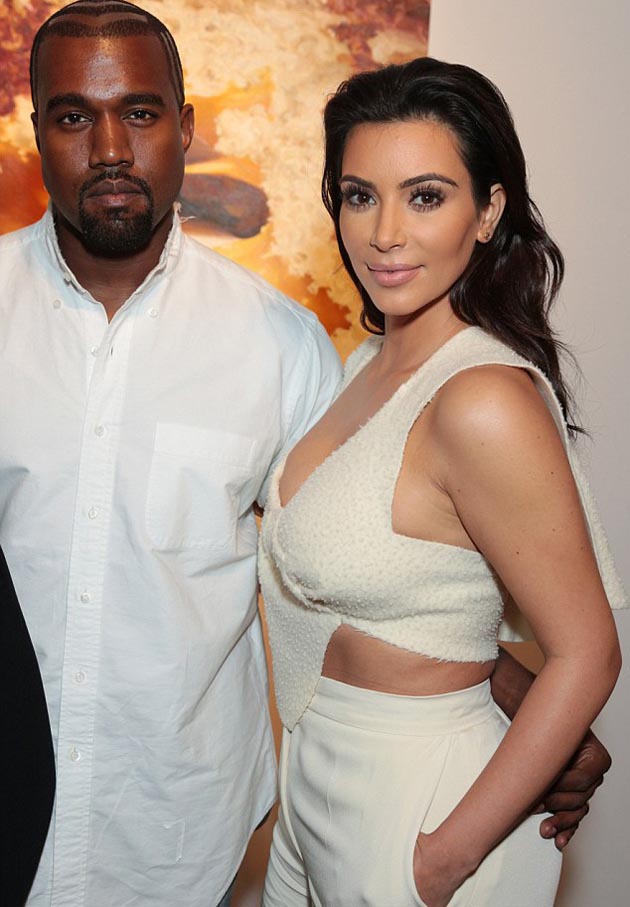 With her dark tresses worn down in a soft wave, Kim managed to steal a quiet moment with Kanye, who chose a white short-sleeved shirt and casual jeans. Also in attendance on the night was Kurt Russell and Goldie Hawn, who were photographed in hysterics as they chatted to pals. 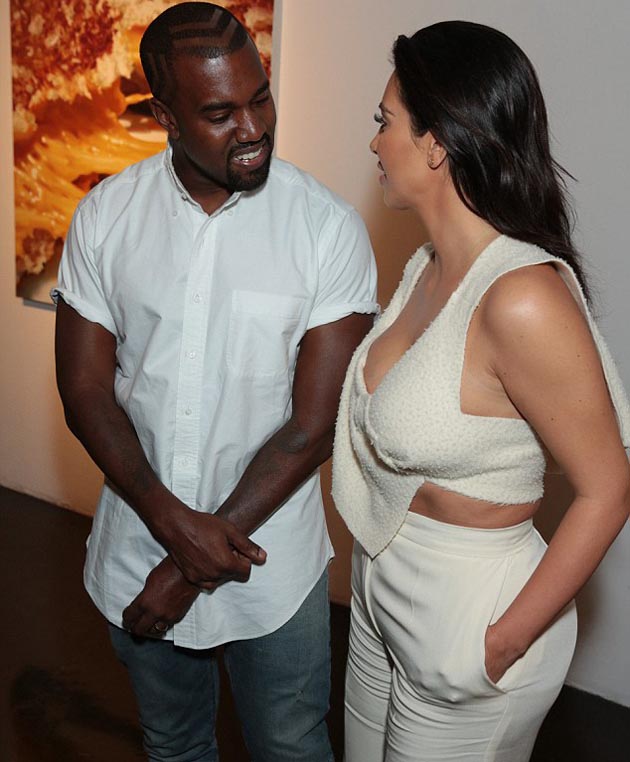 Kanye and Kim‘s date comes just a day after it was reported that the raven-haired beauty was hoping to jump on the bandwagon by becoming the second famous American after George Clooney to land a guest role in Downton Abbey.

She is said to be so keen to make her dream a reality that she’s reached out to actress Laura Carmichael – who plays Lady Edith Crawley – about the possibility of a cameo. According to The Sun, she said: ‘I’m a big fan. I’d love to be on it if they asked. I love things like that.’ 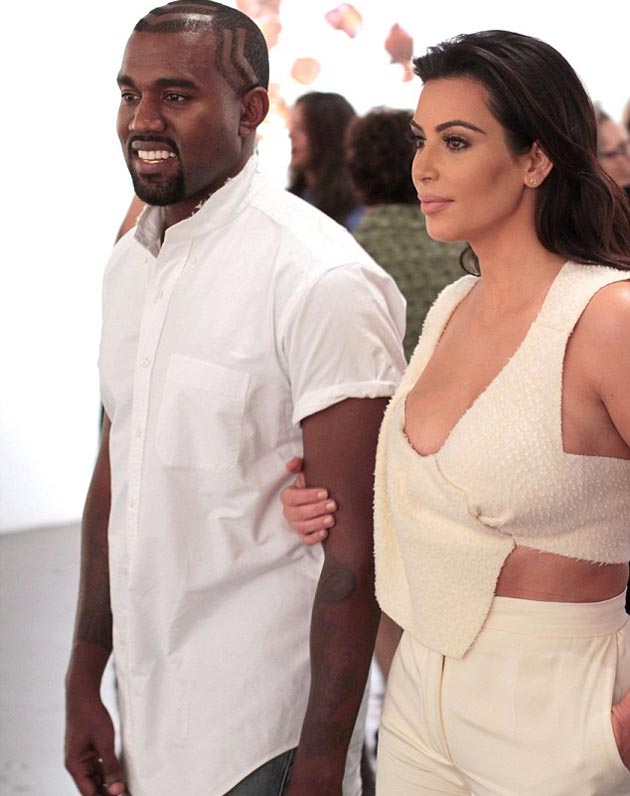 Change your Look and Style with Bespoke Tailored Suits