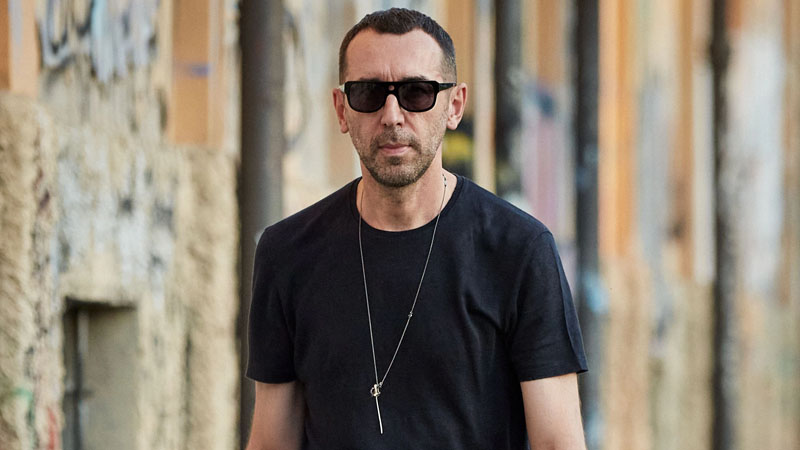 The Ermenegildo Zegna Group is marking its 110th anniversary this year, but artistic director Alessandro Sartori is looking to the future rather than the past as he experiments with a new format to present the brand’s spring/summer 2021 collection in July.

This is a significant step for the company, which is the first to reveal it will show in July, and one that may set a precedent in the men’s wear arena. As reported, last month Italy’s Camera Nazionale della Moda said that the spring 2021 men’s shows and presentations slated for June 19 to 23 will run in September during Milan Women’s Fashion Week, which is expected to start on Sept. 22 and end on Sept. 28. The decision was taken in light of the spread of the coronavirus pandemic.

“There’s a time for everything. This is the time to think differently about the next future,” said Gildo Zegna, chief executive officer of the group.

During a phone interview with Sartori, still in isolation in his Milan apartment given the lockdown in the country that is expected to be lifted on May 4, the designer said the silence and working from home has helped his creativity. “My activity has been regular over these past 45 days, and I’ve had time to focus on designing. Now my desire is to see the clothes produced,” said Sartori, adding that he has completed the design of the pre- and main collections.

While the date of the event in July has not yet been set — although it may be held at the beginning of the month — Sartori explained that showing a new collection in September, with orders collected in October, “would just be too late, it would be impossible and not realistic. We wouldn’t be able to deliver the clothes in December or January.”

He added: “We decided to be the first to move and to express a real change in direction to fully leverage our potential as well as to experiment with new technologies that will be part of our future, which starts today.”

Sartori has experimented with unusual locations — such as Milan’s majestic Centrale train station; a former industrial complex once home to Italy’s storied iron and steel company Falck; the Palazzo Mondadori, a monumental Oscar Niemeyer-designed structure, and the Brutalist university faculty building in the city’s Università Bocconi designed by Grafton Architects.

This time, he will blend cinematography, technology and digital techniques with real models and the clothes in what he called a ‘phygital’ show, filmed and photographed. However, he pointed out that it will not be a “mock show, it will be much more through an innovative, very special screen. To be able to express me in a new environment is most interesting.” Music will also play an important role in the experience, he added.

Sartori sounded especially galvanized by the “freedom of thought” the new, alternative format allows and by the idea of communicating his creative process to an even wider audience. “I can finally enter directly into people’s places,” he said.

At a time when digital has become so fundamental, Sartori pointed to the British Fashion Council’s recent decision, following the cancellation of London Fashion Week Men’s in June, to merge its women’s and men’s wear shows into a three-day digital showcase on June 12, the time when the men’s wear shows were set to take place there. Italy’s fashion chamber and its associates here are also mulling digital alternatives for September.

Asked if the spring collection was influenced by this new format, Sartori said he did have the digital component in mind from the beginning, and that “as the collection developed, we were thinking of a digital environment to tell a story in a new way, while staying true to the brand. The environment conditioned the content in a positive way and the other way around.” The novelty has injected a new dose of vitality to everyone, he added. “I have never seen such energy in the team.”

“This is a moment to be flexible, it gives new opportunities. We can be consistent with our brand, but closer to the public, since technology offers so many possibilities. This is a change for the future but it’s a constant evolution. I am not saying we will not return to physical runway shows, but maybe when we come out of the virus it could be a mix of the old and the new,” said Sartori.

While some luxury fashion brands have been imagining smaller collections for the future, Sartori said he is thinking of “better rather than less,” and “of what we lack to wear indoors. We had not really thought much about that. Living at home you realize we don’t have everything that we may want, that should represent ourselves, easy, stylish and diversified at the same time.”

Also, he said he was thinking of even more personalization, following Zegna’s bespoke and made-to-measure projects. “If we can get a chef at home to cook for us, why not a stylist to help us with our looks?”

Production of the collection is ready to kick off in compliance with the Italian government’s safety regulations, said Sartori. As reported, Zegna has started manufacturing protective medical overalls and it has also converted part of its production facilities both in Italy and Switzerland to manufacture sanitary masks to distribute to its employees and those in need in both countries.

The company supported the purchase of ventilators and additional medical masks for a range of hospitals through a direct financial contribution.

As reported, the Zegna family and the Ermenegildo Zegna company’s top management have pledged personal donations totalling 3 million euros to fighting the spread of COVID-19 in Italy. Made to the country’s Civil Protection, the donation supports medical personnel and volunteers involved in tackling the pandemic.

Luxury Watches Weather the Pandemic With a Little Help From Digital