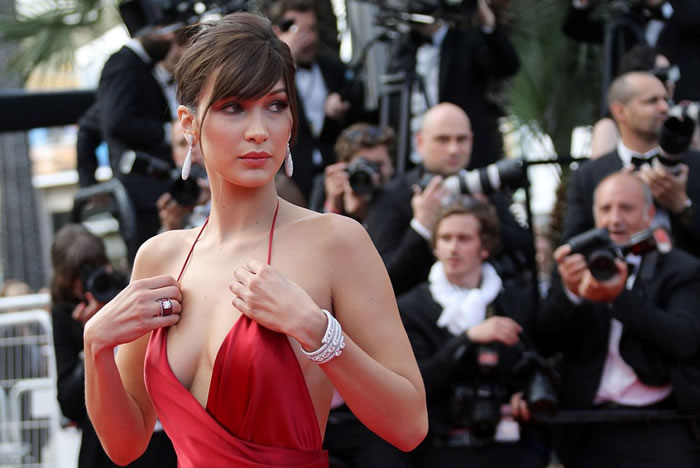 Bella Hadid basically shut down the red carpet on Wednesday when she attended the premiere of The Unknown Girl (La Fille Inconnue) at the Cannes Film Festival in France.The stunning model posed for photos and somehow made her way up the large staircase while wearing a revealing red gown. 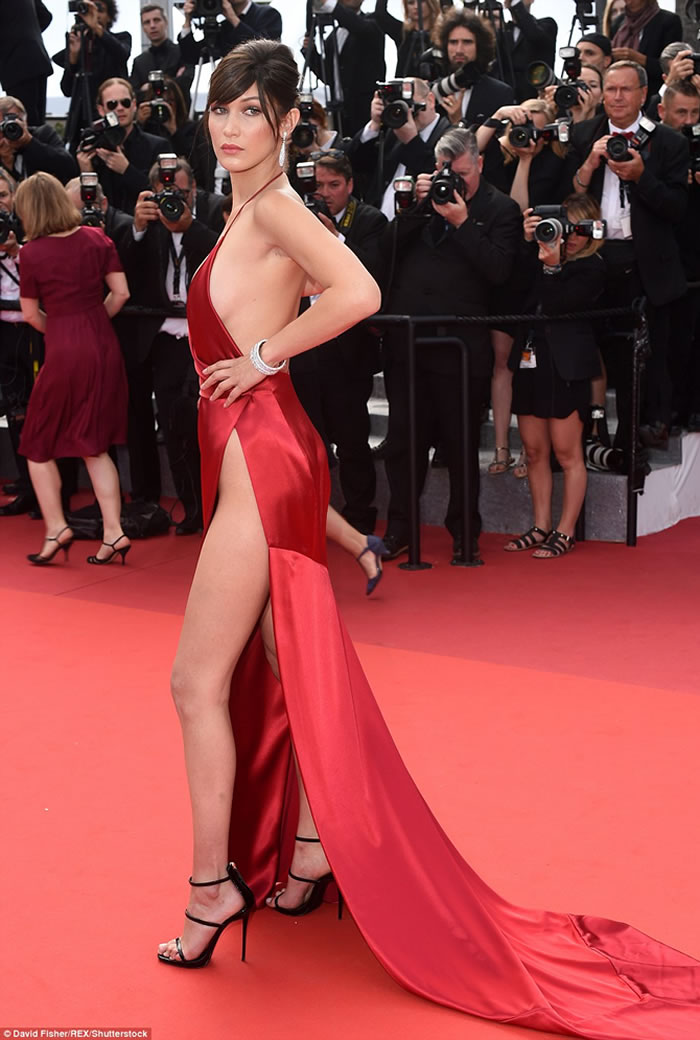 In addition to a major slit in the skirt, the top of the dress also revealed a ton of skin from every angle. At one point, Bella appeared to put a protective hand on her leg to prevent any wardrobe malfunctions. 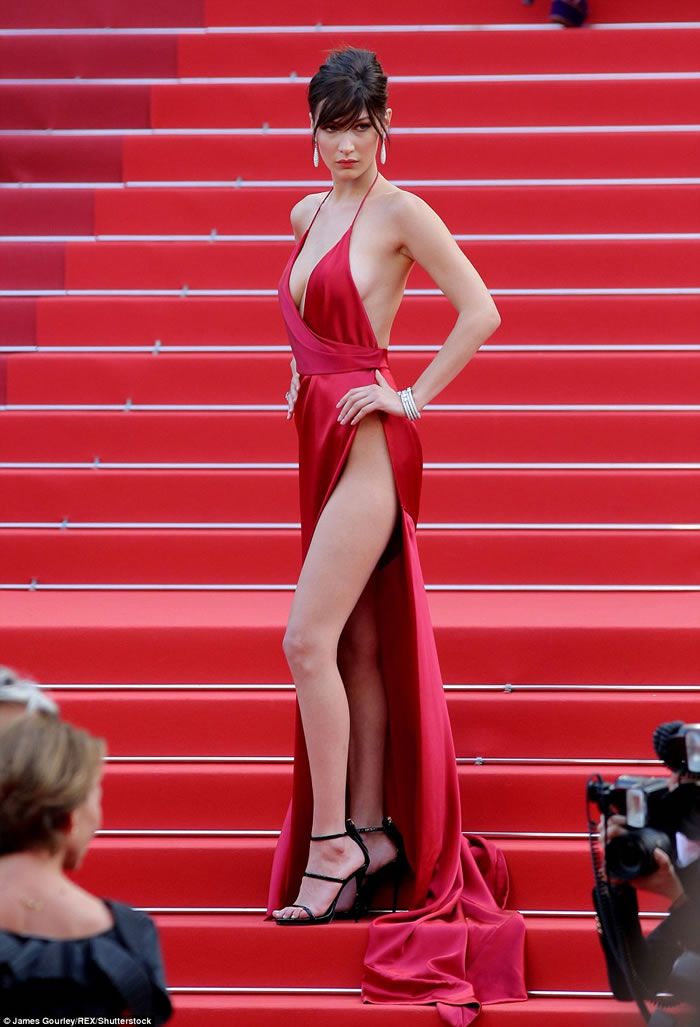 Last week, Bella showed off even more of her fit figure when she relaxed poolside in a black bikini. We’re willing to bet her boyfriend, singer The Weeknd, knows he’s a very lucky man! She is among the fashion and showbiz worlds’ new brand of supermodel sweetheart. 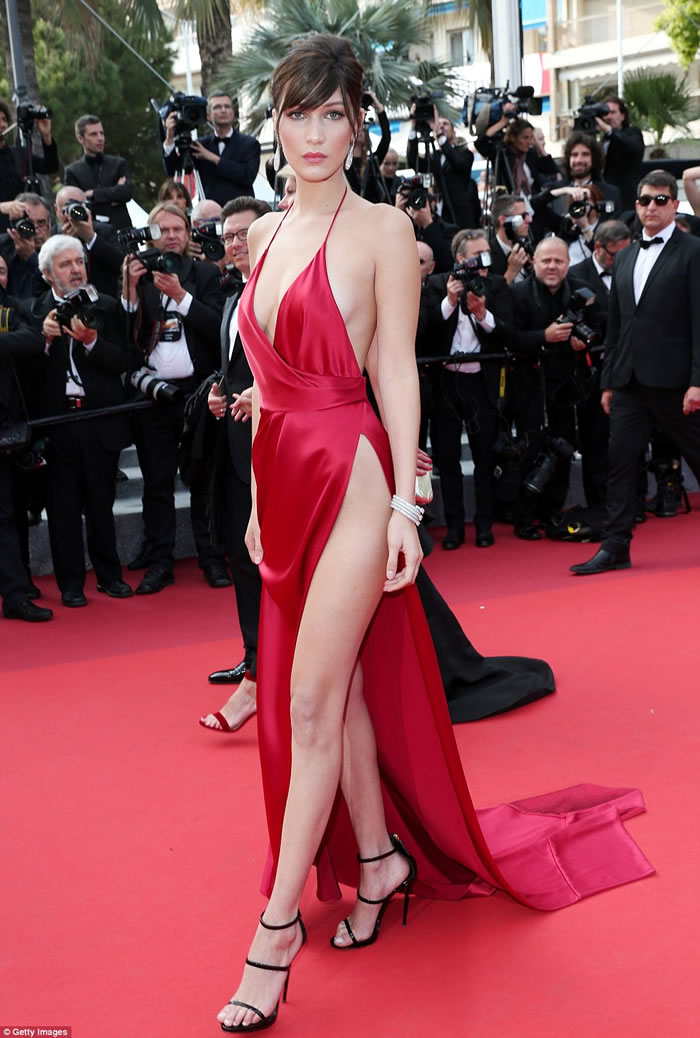 So Bella Hadid made sure she was true to her title as she turned the red carpet into her very own runway while joining her fellow supermodels at the Unknown Girl premiere during Cannes Film Festival on Wednesday evening. 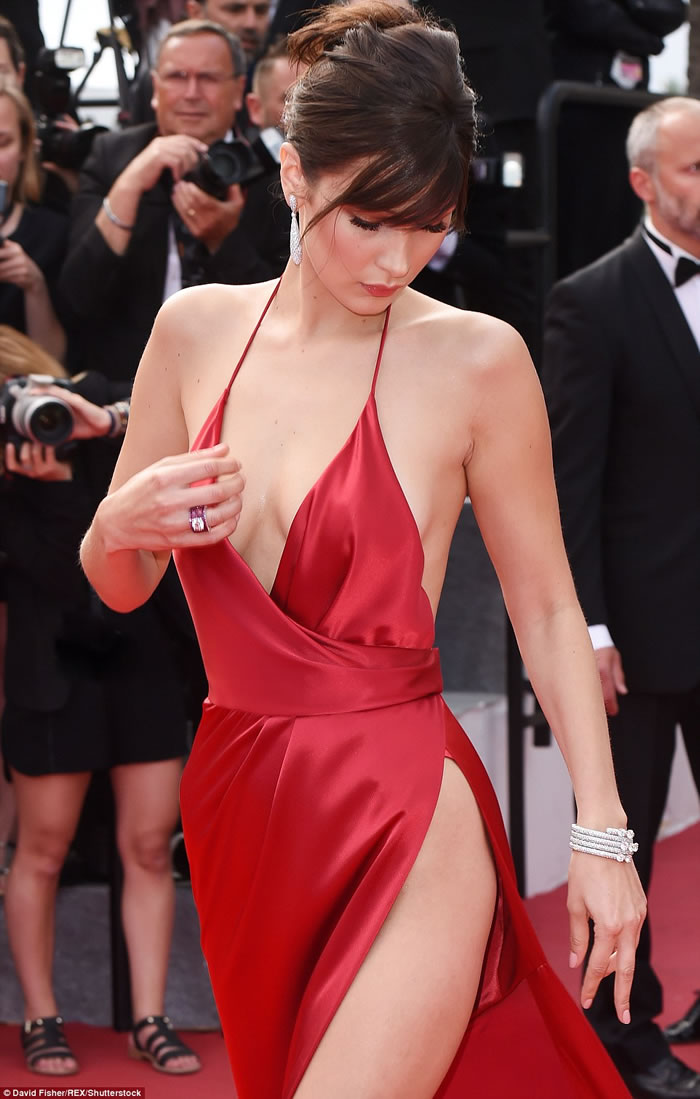 The 19-year-old beauty stole the show in an extremely racy red Alexandre Vauthier silk wrap gown which showed off every inch of her phenomenal frame while blatantly exhibited her choice to forgo underwear during her turn at the star-studded soiree. 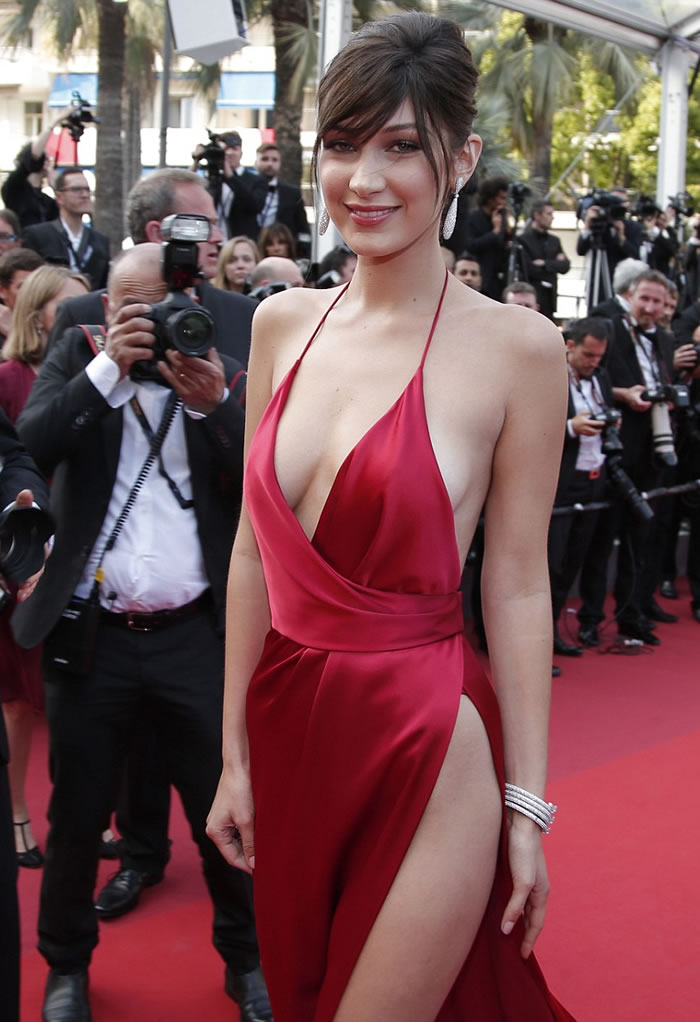 Khloe Kardashian on Lamar Odom: “I Don’t Believe in Divorce”