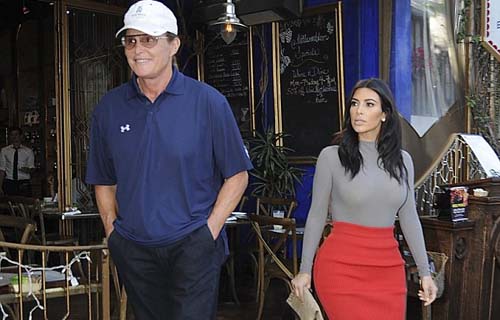 Bruce Jenner wears his mane in a slick ponytail for a shopping trip with Kim Kardashian. He has been growing his hair for many months and Bruce Jenner’s mane made for an impressive ponytail on Monday. 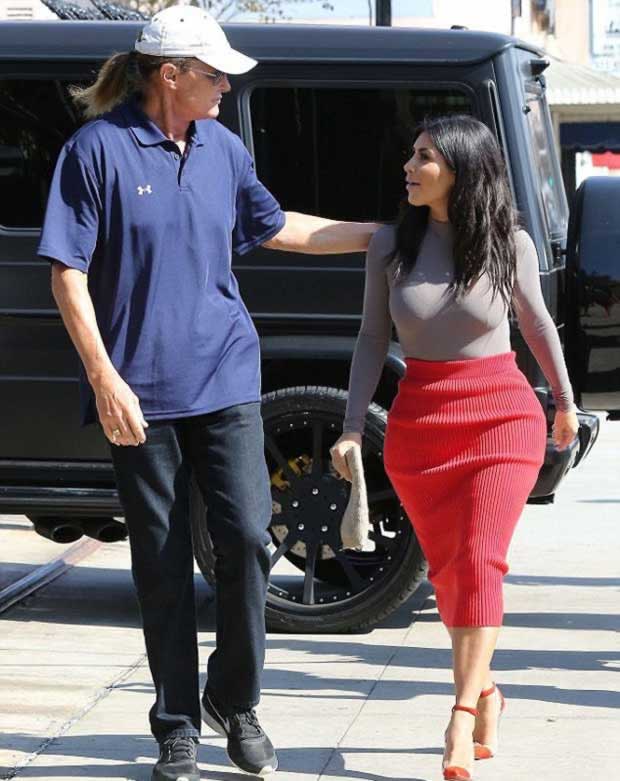 The Olympian has been making more of an effort than usual with his locks since dating rumoured new girlfriend Ronda Kamihira, and they have been particularly glossy in recent weeks. As he headed out on a shopping trip with stepdaughter Kim Kardashian, it looked as though the always-perfectly-coiffed reality star could have been giving Bruce some hair styling tips. The duo were filming Keeping Up With The Kardashians while paying a visit to the Elisabeth Weinstock boutique in Los Angeles, which specialises in exotic snakeskin handbags and other accessories. 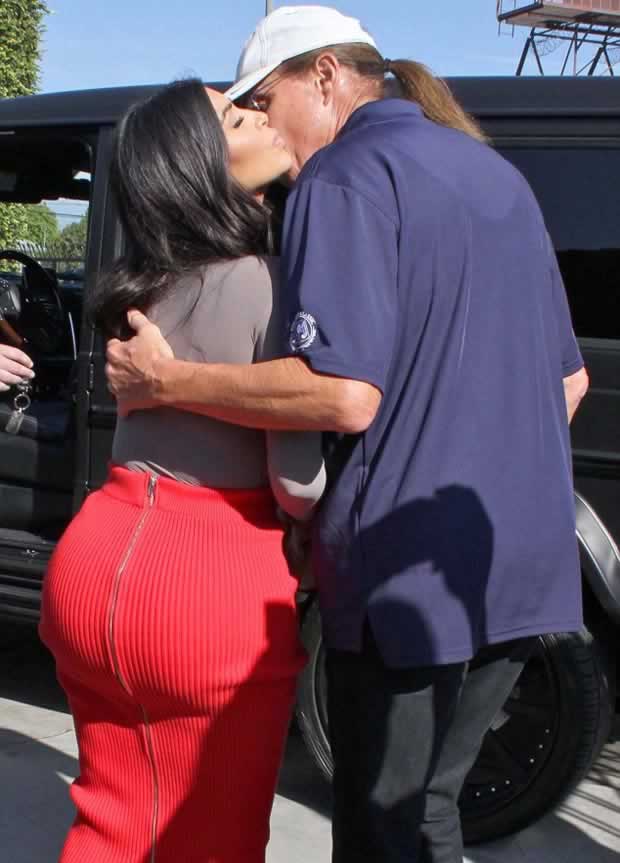 Bruce wore his ponytail under a white baseball cap and was also clad in a blue polo shirt, dark jeans and black Nike trainers. After their shopping session, the 64-year-old planted a kiss on 33-year-old Kim’s cheek before they went their separate ways.

Kim was showing off her hourglass figure in one of her favourite looks – a tight long-sleeved top and pencil skirt. The brunette beauty’s form-fitting top was in grey, and she tucked it into a red knitted skirt, teaming the ensemble with matching shoes that boasted see-through sides. 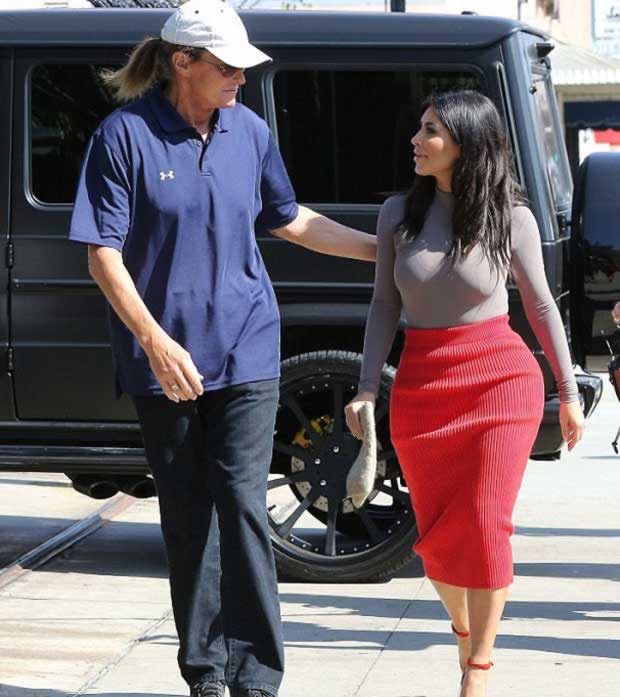 Kim will turn 34 on Tuesday while Bruce’s 65th birthday is next week, so the pair have a lot of celebrations coming up. But the Kardashian-Jenner matriarch told a different story as she appeared on the Today show on Monday and was asked how she felt about her ex moving on. 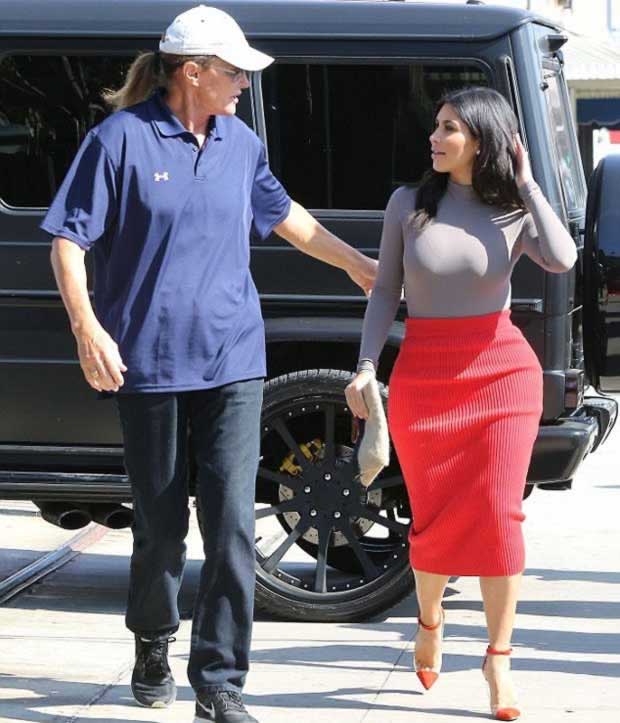 Without mentioning Ronda by name, the 58-year-old said: ‘I just want him to be happy, I don’t care who he goes out with. ‘And I don’t know who he is dating, he doesn’t check in with me and give me a play by play, but it’s his life and you just want the guy to be happy. He is still the father of two of my children and so we’re friends.’

Send your scars to Mars!