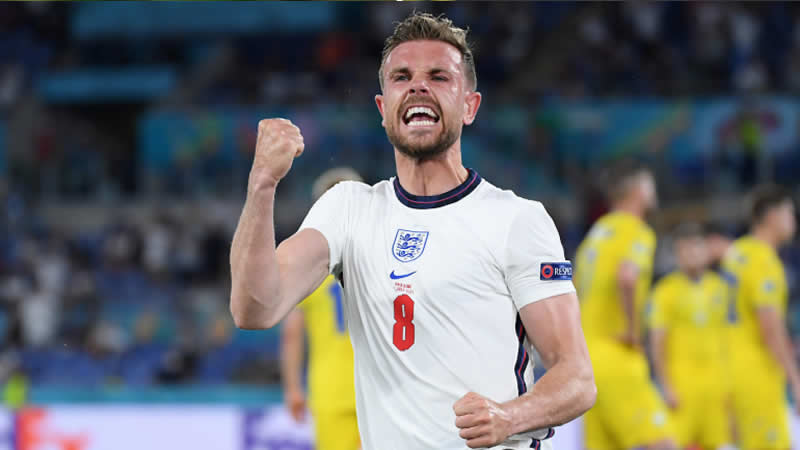 The final week of the European Championships are upon us as the continent’s four best sides congregate in northwest London for the semifinals and final at Wembley Stadium. After the shocks of the last 16, the quarterfinals rather went to form, meaning that the side that has topped our power rankings since early in the competition remains at the head of the table.

Certainly on another day Lukaku might have scored at least one of the two other presentable chances that came his way but aside from the Inter Milan striker, Belgium’s shooting opportunities were relatively few and far between. Not for nothing did 2016 World Cup winner Bastian Schweinsteiger describe Giorgio Chiellini and Leonardo Bonucci as “the best center-backs in the world.” Theirs is a partnership more than a decade in the making; in an international game where there is no time for teammates to build such understanding their Juventus bond shines through.

Meanwhile at the other end Italy’s offense still has the variety that means they can weather an off day from a star performer. Per FB-reference Marco Verratti leads Euro 2020 in terms of shot creating actions per 90 with a gaudy 8.65. In second place is another Italian, Lorenzo Insigne at 6.22. Leonardo Spinazzola also sits in the top 20 and whilst his loss to injury will be keenly felt Emerson Palmieri is an eminently reliable back up. The same is true across the side: Domenico Berardi, Manuel Locatelli and Franceso Acerbi have all had exceptional performances in this tournament. All of them were on the bench in Munich. Mancini has quality and numbers. His team have to be considered favorites.

That that is only good for 50th place in the tournament is an indication of England’s tactical approach: one that has prioritized keeping it tight at one end and trusting that they can convert the opportunities that come their way at the other. Certainly the former is an undeniable success, their opponents have the third-lowest combined xG tally of the tournament. The two teams below them (the Netherlands and Scotland) have played at least one game fewer. Unsurprisingly their per 90 xG allowed mark of 0.62 is by some distance the best of the tournament.

Prior to the win over Ukraine, Southgate’s side were something of a shot shy outfit; even in Rome they only unleashed 10 shots on Heorhiy Bushchan’s goal though it will surely be a welcome sight for England that Harry Kane was back to something more approximating his volume shooting self. The question is to what extent this more swashbuckling performance was a one off against an exhausted, depleted opponent that would have struggled even at full strength. A meeting with Denmark will offer a clearer indication.

Then there is the fact that Spain ran into another goalkeeper in outstanding form: Switzerland’s Yann Sommer putting in a display of goalkeeping excellence as significant as anyone in the European Championships. Even Gianluigi Donnarumma would do well to match that and were it not for the Borussia Monchengladbach veteran’s excellence, Spain would have been out of sight long before the penalty shootout.

Spanish shooting has not been excellent throughout the tournament either. Usually on this occasion one would bring up Alvaro Morata but it is instead Dani Olmo and Gerard Moreno who, of all players in the tournament, have underperformed their non penalty xG by the greatest margin. Again such trends ought not to last over the long run but Euro 2020 remains firmly in the region of a bad patch of form being potentially critical. The same might be true at the back, where Luis Enrique’s side have struggled when Aymeric Laporte and Eric Garcia have not played together. There is a simple answer to those problems — play them both — but it is yet another seed of a doubt that this team leaves you with.

The question is to what extent they have met an awkward match for them in England. This is a Danish side that loves to cross, exploiting the size of Yussuf Poulsen, Martin Brathwaite in open play and a host of giant midfielders and center backs from dead balls. Harry Maguire, John Stones and Declan Rice are rather more comfortable against those than they might be against balls in behind. Brathwaite and Kasper Dolberg can do damage in that regard, as can the excellent wing back Joakim Maehle, but English strength against wide balls certainly lessens the effectiveness of a team that has scored five of their six knockout goals from what might be considered crosses into the box.

And with that here’s a fond farewell to the remainder of the quarterfinalists. Credit must undoubtedly go to Switzerland, particularly Yann Sommer and Xherdan Shaqiri, for the way they grew into this tournament. But for a few better taken spot kicks it might be them taking to the field at Wembley in a few days.

It’s awesome DK Metcalf is trying to make the Olympics, but he’s about to find out what ‘track speed’ really means