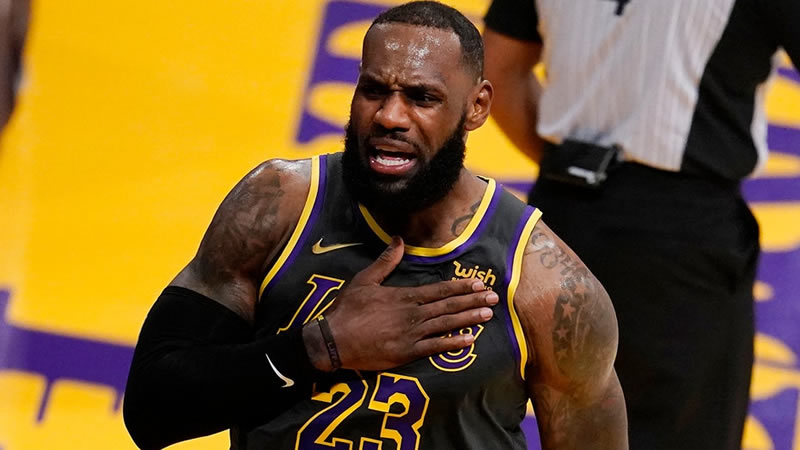 LeBron James has deleted a tweet he posted Tuesday night in reaction to the shooting of Ma’Khia Bryant.

The tweet in question featured a picture of Columbus police officer Nicholas Reardon, who shot the 16-year-old Bryant while responding to a 911 call on Tuesday. The tweet read “YOU’RE NEXT #ACCOUNTABILITY” and included an hourglass emoji:

The tweet likely refers to the conviction of Derek Chauvin for the murder of George Floyd. Chauvin was found guilty on Tuesday of three charges, including second-degree murder. James posted a tweet that simply read “ACCOUNTABILITY” after the verdict, and appeared to be calling for the Columbus officer to receive similar consequences.

James said tweet was used to ‘create more hate’
James’ tweet received a vocal backlash from conservative circles on social media, where debate has raged about the shooting of Bryant. While details were limited as protesters gathered at Columbus police headquarters, officials have since released bodycam footage showing Bryant appearing to attack a young woman with a knife as she was shot.

A day after posting the tweet, James said he deleted it because it was “being used to create more hate” and called for more accountability in the criminal justice system.

James also posted a tweet appearing to say he had been tweeting out of anger and should have gathered all the facts, but remains sympathetic to Bryant and her family.