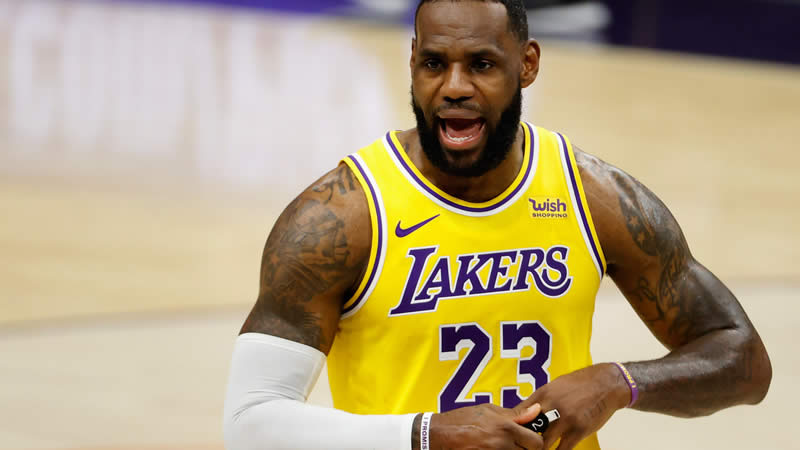 LeBron James is currently out with an ankle injury, so the Los Angeles Lakers star is forced to watch tonight’s game from home.

The Lakers superstar had an issue with tonight’s broadcast, though.

LeBron called out Spectrum Sports, which broadcasts the Lakers game, for not having the score of the game on the screen.

LeBron is out indefinitely with an ankle injury, which he suffered in a game against the Atlanta Hawks earlier this month. The four-time NBA champion is expected to be out until late April, at the earliest.

“I really don’t have anything to add to where he’s at other than he’s out indefinitely,” Lakers coach Frank Vogel said earlier this month. “We’re proceeding right now. My whole focus is the guys we have in uniform and the Philadelphia 76ers. We’re not really going to give updates as to where he’s at with the recovery.”

The Lakers are currently 30-17 on the season. They’re taking on Milwaukee on Wednesday night.