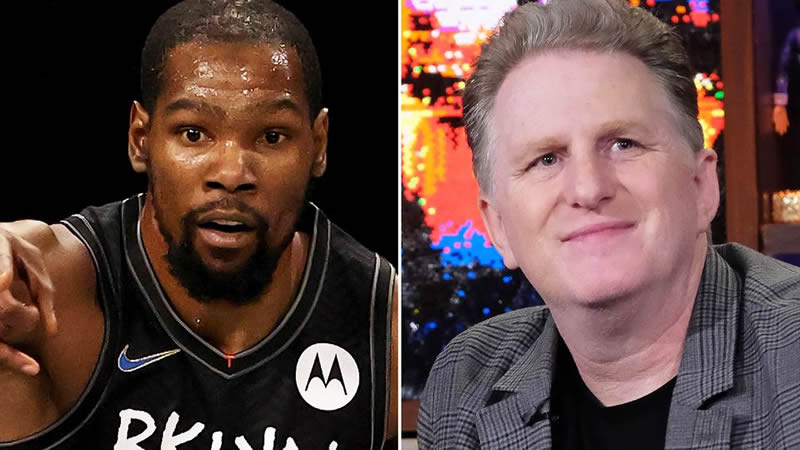 Kevin Durant has never been known for being a peaceful presence on social media, but a contentious exchange with Michael Rapaport this week broke new ground for the Brooklyn Nets star.

Durant, who has been out since mid-February with a hamstring injury, apologized while speaking with reporters Thursday for the language in his Instagram direct messages.

“I’m sorry that people seen that language I used,” Durant said. “That’s not really what I want people to see and hear from me, but hopefully I can move past it and get back out on the floor.”

Nets coach Steve Nash also addressed the matter, saying the organization had internal discussions about Durant’s exchange, but declined to share specifics of the conversation according to ESPN’s Malika Andrews.

Here’s why Kevin Durant was feuding with Michael Rapaport
The exchange in question began all the way back in December, when Rapaport, a longtime television actor currently attempting a second act as a professional sports opinion-haver, tweeted this:

The tweet was in reference to this interview, in which Durant spoke with TNT’s “Inside the NBA” crew while looking down at the floor and giving brief answers.

Durant was apparently more talkative once he was back online. Rapaport shared screengrabs showing the Instagram DM exchange that ensued, with the actor claiming Durant had threatened him and brought his wife into the conversation. The language used by Durant in the messages contains enough homophobic and misogynistic language to make a “Call of Duty” lobby blush.

Rapaport continued to criticize Durant after the apologies, saying that while they had a brief professional relationship, they have never been friends and were not engaging in some kind of friendly banter, according to the Daily Mail. He has also continued posting about Durant on Twitter, though it’s unclear how serious he is taking the whole thing.

Do I Have Allergies or the Coronavirus?