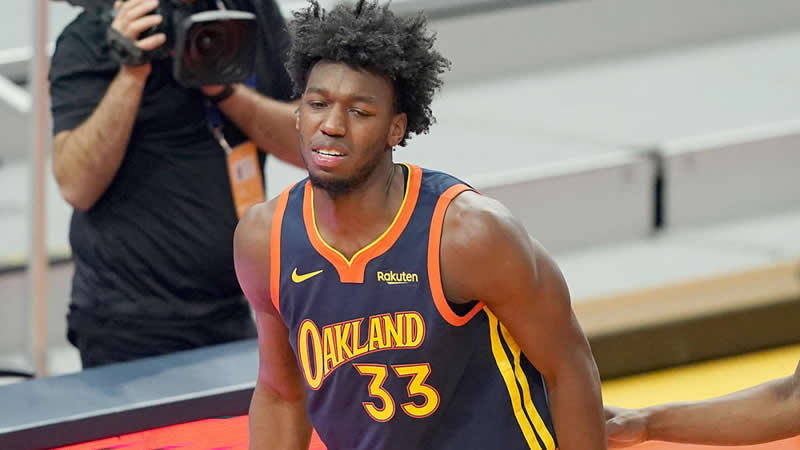 One of the top selections of the 2020 NBA Draft is officially done for the season. The Golden State Warriors announced Thursday that rookie big man James Wiseman will miss the rest of the year.

The former Memphis standout underwent surgery to repair a torn meniscus in his right knee on Thursday in Los Angeles. The team said he is expected to return for the 2021-22 season, but they will provide an update on his progress in September.

The news comes just a few days after ESPN’s Adrian Wojnarowski reported that Wiseman could be done for the year due to a knee injury.

“Warriors are consulting with doctors over next couple of days, but there’s certainly an expectation that Wiseman could miss the rest of the regular season, sources tell ESPN,” Wojnarowski tweeted on Sunday. “For now, they’re still working through a plan of action and timeline.”

After being selected with the No. 2 overall pick in the 2020 NBA Draft, Wiseman had appeared in 39 games with 27 starts for the Warriors this season, averaging 11.5 points and 5.8 rebounds in 21.4 minutes per game while shooting 51.9 percent from the field, 31.6 percent from three and 62.8 percent from the free throw line.

A former five-star recruit out of Memphis (Tenn.) East High School, Wiseman was the No. 1 overall player in the country for the 2019 class according to the 247Sports Composite.

His tenure at Memphis was tenuous, however, as Wiseman was handed an 11-game suspension that stemmed from a situation where his head coach Penny Hardaway – then a booster for Memphis – gave funds to his family to relocate them from Nashville to Memphis. He ultimately decided to withdraw from school and focus on preparation for the NBA Draft.

This injury to Wiseman continues a string of poor injury luck for the Warriors this season. Most notably, Golden State has been forced to play without sharpshooter Klay Thompson all year. The Warriors veteran suffered a torn Achilles before the season started, and that will sideline him until the start of the 2021-22 season.