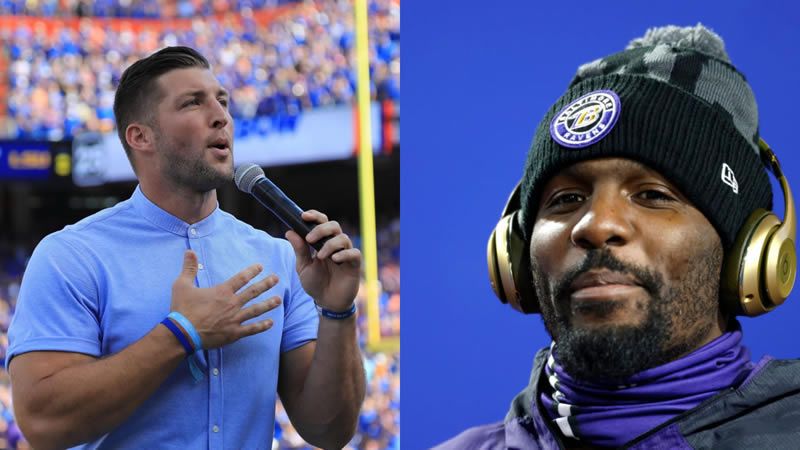 Dez Bryant knows just how hard it is to gain employment as an NFL player.

The veteran receiver spent his first eight seasons with the Dallas Cowboys as one of the best at his position, earning three Pro Bowl berths and an All-Pro nod. Then, at 29 years old, he lost his job.

The Cowboys released Bryant in April 2018, a month into a dried-up free agency market. He didn’t find work again until November with the New Orleans Saints, halfway through the 2018 season. That job ended before his first game thanks to a ruptured Achilles tendon suffered in practice.

He didn’t play again until week nine of the 2020 season with the Baltimore Ravens after more than two full seasons away from the league. Now he’s a free agent, looking again for work as a 32-year-old ex-Pro Bowler.

Bryant reacts to report of Jaguars’ plan to sign Tebow

So when Tim Tebow reportedly agreed to a deal with his old friend and new Jacksonville Jaguars coach Urban Meyers nine years removed from an utter failure of an NFL career, Bryant was, well … perplexed.

Tim Tebow back in the NFL?
In case you missed it, NFL Network reported on Monday that the Jaguars are planning to sign Tebow to a one-year deal as a tight end. Not a quarterback.

The coach and mentor he won two college championships and a Heisman Trophy alongside is in the NFL and providing him with another shot in a brutally competitive league playing a position he’s never played — at 33 years old.

And Bryant — still looking for work — finds it hard to believe.

Donald Trump Rages at Joe Biden Over Rising Fuel Prices: ‘They Want To Destroy Our Country’