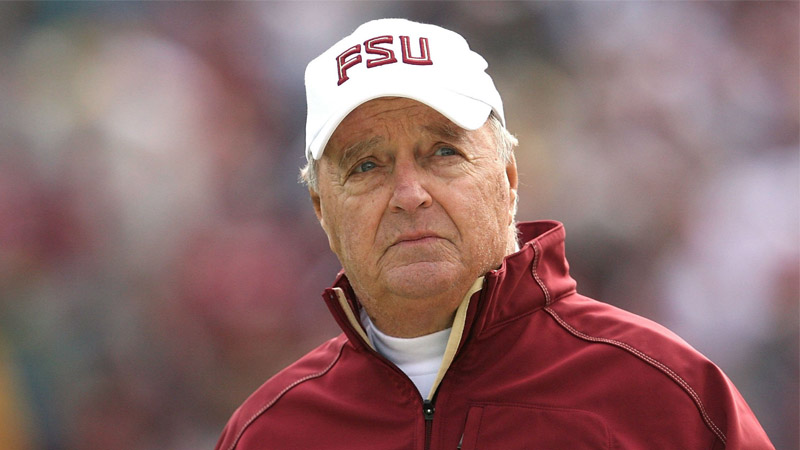 Over the course of his 34 years at Florida State, Bobby Bowden had an opportunity to play in some of the most memorable college football games in history. He also had the chance to go up against some of the sports’s other legendary coaches.

However, one apparently stood out most to Bowden: Notre Dame’s Lou Holtz.

In a recent interview with Brandon Marcello of 247Sports, Bowden, 91, named Holtz as the toughest coach he went against during his career. Famously, the two all-time great met in the “Game of the Century” in 1993 between Florida State and Notre Dame. The Fighting Irish emerged victorious in the battle between the two unbeaten programs that went on to be one of best college football games in history.

“I don’t know of anybody that prepared their team to play us any better than Lou Holtz,” Bowden said per 247Sports. “Lou might have been the best motivator ever. He could motivate and he could get his boys where they were ready to fight and not give up and fight for 60 minutes. Out of all the coaches I ever coached against, I felt like he was one of the most competitive. Now he’ll fool you by his size. You think can go out there and just slap him around. You can’t do it. He might slap you. He was a tough nut to beat.

“Really, when I look back on my career, one of the greatest games one of my teams played in is the (1993) Notre Dame game when they beat us and we were on their [14]-yard line and couldn’t get in. That was probably as great of a football game as I’ve ever been associated with.”

Of course, Bowden was difficult to prepare for as well. The longtime Florida State head coach had a career that lasted for six decades and saw him claim 377 victories, 14 consecutive top-5 finishes in the AP poll, two national championships and 12 ACC titles.

Bowden left coaching in 2009 at the age of 80, but clearly still has vivid memories of his matchups against Lou Holtz back in the day.