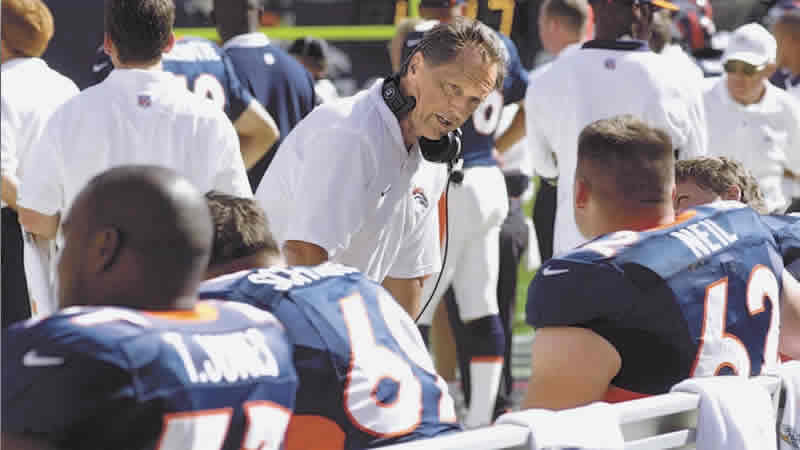 Former Denver Broncos offensive line coach and two-time Super Bowl champion Alex Gibbs has died after complications from a stroke, the team announced on Monday. Gibbs, who was 80 years old, passed away surrounded by family at his Phoenix home.

Breaking onto the NFL scene in 1984, the all-time great assistant coach redefined run blocking strategy in the professional game. The zone blocking scheme he implemented during his time with the Broncos completely revolutionized the modern blocking techniques.

After a three-year coaching stint with the Broncos in 1984-87, Gibbs bounced around the league before returning to Denver in 1995. With his elite front line, the franchise claimed back-to-back Super Bowl titles in 1998 and 1999.

His most recent role in the NFL was as an offensive line consultant for the Broncos in 2013.

Clearly Gibbs means quite a bit to this storied organization.

“We are deeply saddened by the passing of Alex Gibbs, who had a profound impact on the Denver Broncos and the National Football League as an offensive line coach,” the Broncos said in a statement. “During his 14 years with the Broncos, Coach Gibbs left a lasting legacy on this league with his innovative blocking schemes and outstanding teaching ability. He helped the Broncos to Super Bowls during three different decades—including back-to-back World Championships—while forging a reputation as one of the greatest assistant coaches in NFL history.

“Our hearts go out to Alex’s wife, Trina, and the entire Gibbs family as well as Alex’s many former players and fellow coaches.”

Even after his passing, Gibbs’ legacy in the NFL game will live on for decades to come.

Our thoughts go out to the Gibbs family through this difficult time.

CAITLYN JENNER GETS CHASED OUT OF CONVENTION, CALLED “BRUCE” AND “SICK FREAK”