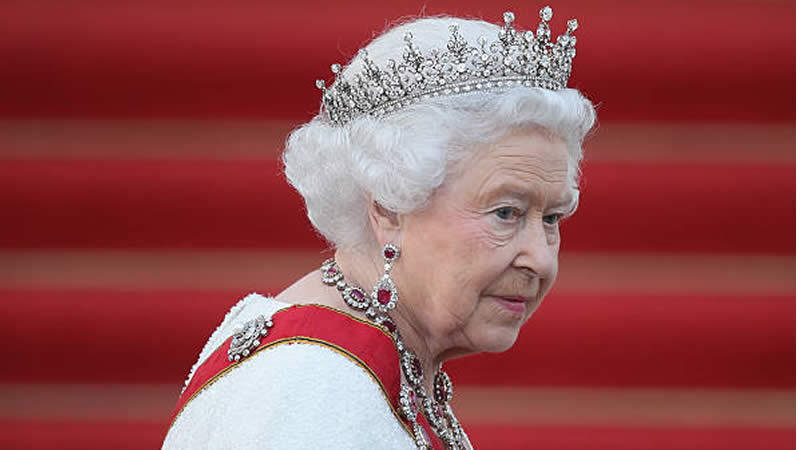 Britain is planning for a celebration that will include mounted troops, serious prayers, and a pack of dancing mechanical corgis.

This week, the UK will mark Queen Elizabeth II’s 70th year on the throne with four days of pomp and pageantry in central London.

But underlying the brass bands, street parties, and the aged queen’s scheduled appearance on the balcony of Buckingham Palace is a desire to show that the royal family is still relevant after seven decades of change, as per The Washington Post.

“The monarchy is not elected, so the only way in which a monarch can demonstrate consent is not through the ballot box, but through people turning out on the streets,” said Robert Lacey, the historical adviser on “The Crown″ series. “And if the monarch turns up on the balcony and waves and there’s no one there, that’s a pretty definitive judgment on the monarchy.

“Well, the opposite has been the case when it comes to Elizabeth. People can’t wait to mass and cheer together,” he added.

And the royals, who have been criticized for being out of touch with modern Britain, want to show that their support comes from all corners of a country that has become more multicultural as a result of immigration from the Caribbean, South Asia, and Eastern Europe.

As part of the jubilee pageant, dancers from London’s African-Caribbean community will dress up as huge flamingos, zebras, and giraffes to re-imagine the moment Princess Elizabeth found out she was queen while visiting a game park in Kenya in 1952.

Another group will do Bollywood-style dancing to celebrate the Queen’s 1947 marriage to Prince Philip and to celebrate weddings across the Commonwealth.

According to Emily Nash, royal editor of HELLO! magazine, the jubilee is an opportunity for the royals to show their commitment to change and diversity, which the queen has embodied as she traveled around the world over the last 70 years.

“She’s been everywhere and she has engaged with people from all walks of life, from all creeds and colors and faiths,” Nash said. “I think it’s easy to see, in the sort of pomp and pageantry, perhaps more of a lack of diversity.

But if you look at what the royal family actually do, the people they engage with, the places they go to, I think it’s perhaps a little unfair to say that it’s not as diverse as it could be.”

The depleted stock at the Cool Britannia gift shop shows that the jubilee has sparked the interest of the public. The shop near Buckingham Palace has run out of Platinum Jubilee tea towels. Spoons are in short supply. There are just not enough mugs.

It’s not just foreign tourists who buy everything Elizabeth. Visitors from all around the country are looking for jubilee mementos, according to Ismayil Ibrahim, the man behind the counter.

“It’s a very special year,” he said. “They’re celebrating it as a big event.”

The House of Windsor must decide whether the public’s affection for the queen will be transferred to her son and heir, Prince Charles when the time comes.

It’s a problem worsened by the queen’s unprecedented reign, the longest in British history. She has become linked with the monarchy as the only monarch most people have ever known.

Since her father’s death on Feb. 6, 1952, Elizabeth has been a symbol of stability as the country navigated the end of the Empire, the dawn of the computer era, and the huge migration that changed Britain into a multicultural society.

The shy woman with a little handbag, a trailing corgi, and a love of horses ruled over an age that gave birth to Monty Python, the Beatles, and the Sex Pistols. People who thought they knew her were wrong, as shown by her presence as a Bond Girl during the London Olympics in 2012.

Despite this, the queen has forged a link with the people through a seemingly never-ending series of public appearances in which she has opened libraries, dedicated hospitals, and showered medals on deserving citizens.

Susan Duddridge is aware of the link. The Somerset administrator will perform in the Platinum Jubilee pageant, 69 years after her father marched in the Queen’s coronation parade.

“I think it’s amazing that the country always comes together when there’s a wedding, a royal jubilee, whatever the royals are involved in,” she said. “We love the queen!’’

The monarchy’s strengths have been highlighted over the last two years, as the queen alternately consoled a nation isolated by COVID-19 and thanked doctors and nurses for battling the disease.

However, the monarch’s frailties were on display as she buried her husband and was slowed by health issues that caused her to delegate major public duties to Charles.

That happened during the all-too-public tensions between Prince Harry and his wife, the Duchess of Sussex, who accused the royal household of racism and bullying, as well as the shady allegations about Prince Andrew’s ties to convicted sex offender Jeffrey Epstein.

In this context, the jubilee is also part of the effort to prepare the public for the day when Charles ascends to the throne. Charles, at 73, has spent much of his life preparing to be king and battling a somewhat stodgy image, which was exacerbated by his bitter divorce from the still-adored Princess Diana.

According to reports, Charles will take the salute of passing soldiers at the annual military review known as Trooping the Colour, the first event of the jubilee weekend.

The queen will attend the more than 400-year-old ritual celebrating her formal birthday if she feels well, but she will choose the day.

Elizabeth, who has just recently recovered from COVID-19 and is now requiring a walking stick, has given Charles an increasing role as the monarchy’s public face.

Earlier this month, he stood in for his mother, who was unable to preside over the state opening of Parliament due to “episodic mobility problems,” according to the palace.

Nonetheless, she turned up at a horse show, opened a subway line, and toured the Chelsea Flower Show in a chauffeur-driven royal buggy – a type of luxurious golf cart.

“There is no blueprint for a reign of this length and, subsequently, I think the palace and courtiers are having to improvise all the time,” said Ed Owens, a royal historian and author of “The Family Firm: Monarchy, Mass Media and the British Public 1932-1953.”

“In the case of Elizabeth II, we haven’t had a monarch this elderly who has reigned for so long and is so meaningful to so many people having to essentially transfer her role to the next in line.’’

But don’t expect the queen to leave the scene any time soon.

Robert Hardman, biographer and author of “Queen of Our Times: The Life of Elizabeth II’’ said he expects to see an even bigger party four years from now when Elizabeth turns 100.

“A 100th birthday raises the intriguing prospect: Will she send a card to herself?” Hardman mused, referencing the queen’s tradition of sending a personal birthday card to anyone who reaches that milestone. “I’m looking forward to that debate in 2026.”