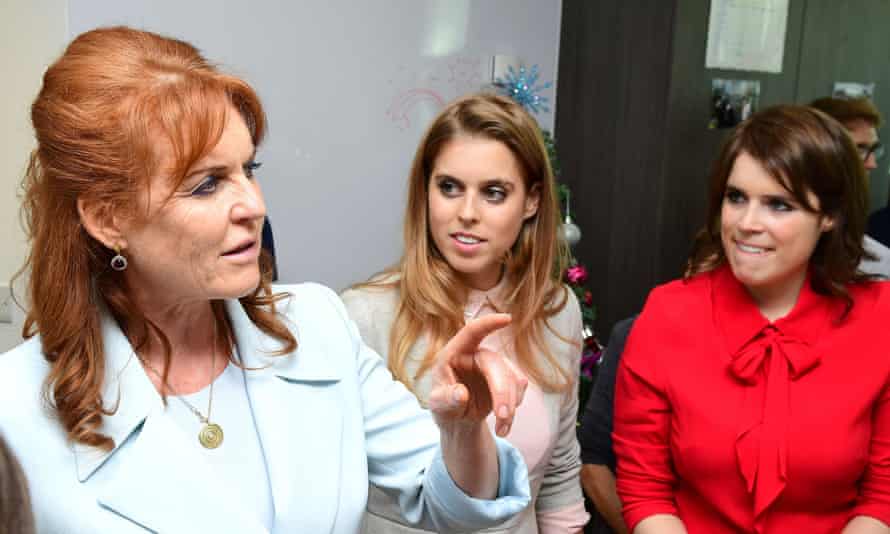 Sarah Ferguson has publicly stood by Prince Andrew’s side ever since accusations were made that the royal sexually assaulted Virginia Roberts Giuffre when she was just 17 years old.

Even as the former couple’s two daughters distanced themselves from the disgraced Duke of York, Fergie’s loyalty remained steadfast.

But it appears Fergie, 62, is now putting distance between her and her ex, right at crunch time for his New York courtroom fight against claims of emotional distress and battery.

On January 1, Fergie was spotted clutching the arms of her girls, Princesses Beatrice and Eugenie, during an outing with their husbands, Edoardo Mapelli Mozzi and Jack Brooksbank, in the Swiss resort town of Verbier.

Back in the UK, Prince Andrew hunkered down at his home on the Windsor estate, preparing to face his accuser, Virginia, in a video link hearing to determine whether her case will go to a civil trial.

“It’s interesting timing that Fergie chose now to take off on a family holiday with the girls given that, until now, she has stayed in the Royal Lodge with Andrew,” mulls a source. “Things are increasingly messy for Andrew, and it seems it’s getting all too much for Fergie.”

Andrew, 61, “strongly denies” accusations of having sex with Virginia, then an underage teenager, in New York and London, at the behest of his long-time friend, Jeffrey Epstein. Convicted pedophile Epstein died by suicide in his New York jail cell in 2019.

“Whether or not Andrew is guilty in the American courts, it’s clear he’s never going to escape this scandal,” says the source. “I guess Fergie has to decide whether she’s going to go down with him or not.”

New Idea’s insiders say Bea, 33, and Eugenie, 31, were behind Fergie’s decision to flee to Switzerland for “crisis talks”.

“Beatrice and Eugenie are using this trip to carefully plan their mum’s next move,” says the source. “They will be fine, as they have their granny’s total support. But Fergie risks being made a pariah by association with Andrew. The girls feel the best thing to do is for Fergie to keep quiet.

“She might struggle with that, as she has an unwavering sense of loyalty to Andrew.”

Meanwhile, new reports out of London suggest the Queen may put her son’s dukedom, which was once also held by her beloved late father, into abeyance. By way of proxy, this may impact Fergie’s use of her Duchess of York title.