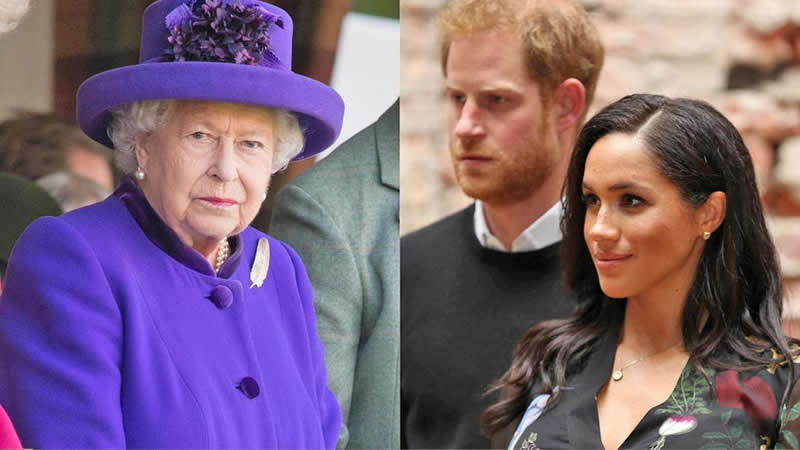 Meghan Markle and Prince Harry put a request to the Queen about their living arrangements after their wedding in May 2018, but Her Majesty turned them down for a specific reason

Prince Harry and Meghan Markle live in a beautiful Californian mansion with their two children, Archie and Lilibet.

They have, however, shared several homes since they began dating nearly six years ago.

Meghan moved into Harry’s small two-bedroom cottage at Kensington Palace after they got engaged, which is just a few doors up from the Cambridges.

However, after their wedding, they wanted a bigger location to raise a family and reached the Queen with an idea.

However, according to reports, the couple was disappointed when the monarch turned down their request for a home.

The couple, according to the Sunday Times, asked the Queen if they could live at Windsor Castle.

The report, written by Roya Nikkhah states: “The couple are understood to have set their hearts at first on Windsor Castle, and are believed to have asked the Queen if living quarters could be made available after their marriage.”

But Harry’s granny said no and gave them Frogmore Cottage instead.

Hugo Vickers told the Express that the Queen may have decided to deny their request because it was not “entirely appropriate.”

He writes: “There are empty bedrooms and suites in the private apartments within Windsor Castle which the Sussexes may have had their eye on, or perhaps some former living quarters in the castle grounds converted into other things.

“But I can see how it might not be entirely appropriate to have a young family living there.”

The couple moved into their Frogmore Cottage home before Archie’s birth, though it took longer than expected due to renovation delays.

It’s been just over two years since they chose to leave Frogmore and started their new life in the United States.

However, it has now been revealed that Harry does not want to bring Meghan and their two children to the UK for a visit, citing a lack of security.

The 37-year-old, who is still sixth in line to the throne despite stepping down from royal duties in 2020, has threatened to sue the Home Office unless he can have police protection for his family while in the UK.

He is said to want to bring Archie and Lilibet to his homeland but is unable to do so.

Megan and Archie have not returned to the UK since leaving the royal family in 2019, and Lilibet has yet to visit the country where her dad was born.

Lawyers for the Duke of Sussex say they will seek a judicial review if he and his family are not provided with continued security, which he has offered to pay for.

Dems’ Turf Battles: How Bill’s Links to Epstein May Nip Hillary’s Potential 2024 Bid in the Bud