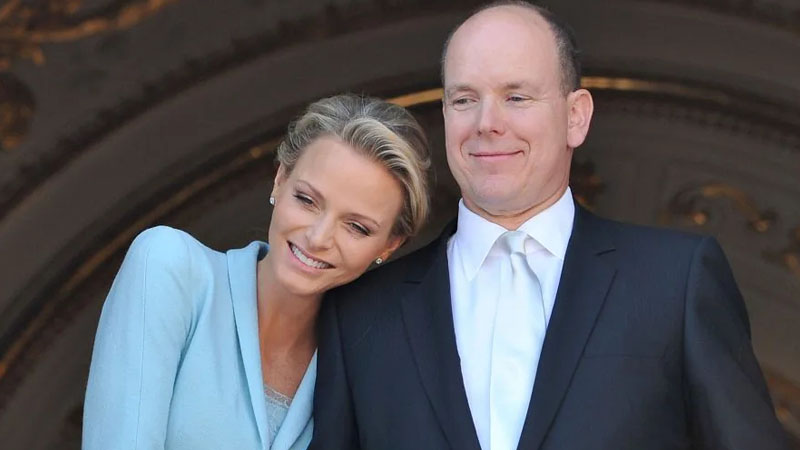 On Friday, Prince Albert went on a festive outing with his six-year-old twins, Prince Jacques and Princess Gabriella, while his wife, Princess Charlene, remained in a treatment facility.

The royals were joined at the Christmas village in Monaco by Albert’s sister, Princess Caroline of Hanover, and her son, Pierre Casiraghi, and his wife, Beatrice Borromeo.

The royals posed for a group photo in front of a carousel while wearing face masks for their visit. A bauble-themed fairground ride was also enjoyed by the youngest members.

Albert confirmed in an interview with Paris Match that he has made changes to his children’s education.

The 63-year-old royal told the French publication: “Jacques and Gabriella are now being educated at the palace.”

“We have since set up a small classroom,” he explained. “They are not alone, since four of their friends, two boys, and two girls, have joined them there, with the same teachers as if they were in their school.”

During the height of the pandemic last year, Albert said his children were also homeschooled at the palace.

Prince Albert confirmed last month that his wife, Princess Charlene, was being treated in a facility “outside of Monaco”

The royal mother of two recently returned to Monaco after being admitted to hospital for six months in South Africa due to an ear-nose-throat (ENT) infection.

Albert told PEOPLE magazine that he and the children plan to visit Charlene, saying: “We’ll visit her there. I can’t give you any kind of time frame on that. Not in the next few days, certainly but whenever we get the medical go-ahead.”

He added: “You know this kind of treatment, these rest periods, are usually several weeks. I cannot give you any set period at this time, we will see.”

On Monaco’s National Day on 19 November, Prince Jacques and Princess Gabriella held up signs on the palace balcony, which said: “We miss you, mommy.”