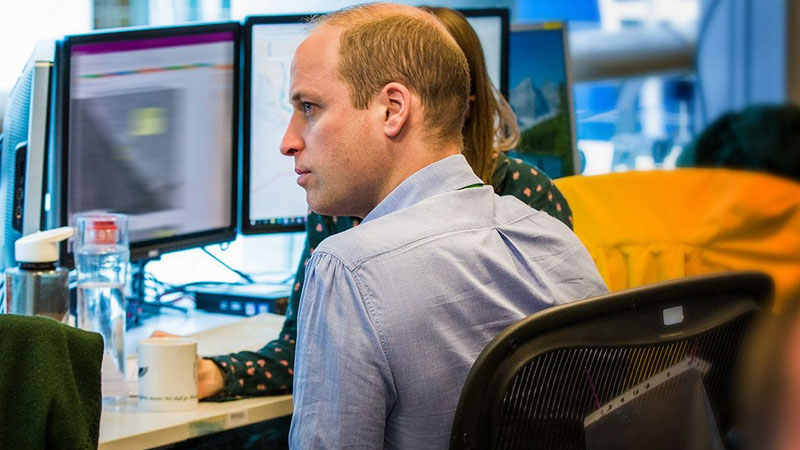 Despite weeks of intense diplomacy and threats of sanctions from western partners, Mr. Putin made a television announcement on Wednesday, saying he had “made the decision of a military operation.” Russia’s defense ministry stated a few hours after Mr. Putin’s address that it had neutralized Ukrainian military airbases and air defense systems.

Overnight, explosions were heard across Ukraine, leading the nation’s international minister to warn of a “full-scale invasion.”

However, Prince William paid a visit to the UK’s secret intelligence service just hours before Mr. Putin launched his attack on Ukraine.

Richard Palmer, the royal correspondent for the Daily Express, tweeted: “On a dark day for Europe, the Court Circular shows that the Duke of Cambridge visited the Secret Intelligence Service, MI6, yesterday morning.”

After the Russian President’s unscheduled meeting with his security council in Moscow, William met with MI6.

The purpose of the summit was to determine if Russia would recognize two separatist areas in eastern Ukraine as sovereign states.

Russia has officially abandoned the 2015 peace agreements that recognize Ukraine’s sovereignty over the land by recognizing the independence of the People’s Republics of Donetsk and Luhansk.

It also provides an excuse for Russia to send soldiers into separatist-held areas.

Mr. Putin decided to execute a “special military operation” after receiving a letter from the Donetsk republic, according to Russian news agency TASS.

Mr. Putin said: “Its purpose is to protect the people who have for eight years been exposed to humiliation and genocide by the regime in Kyiv.

“For this, we will seek demilitarization and denazification of Ukraine, and also press for bringing to justice those who have committed numerous bloody crimes against peaceful civilians, including Russian citizens.”

Mr. Putin also urged the Ukrainian military to “lay down arms at once and leave for home”.

He continued: “Those servicemen of the Ukrainian army who will meet this demand will be free to leave the zone of combat operations and return to their families.”

He warned: “Nobody should feel any doubts that a direct attack on Russia would end with the potential aggressor’s defeat and terrible consequences for the attacker.

“Whoever may try to create obstructions to us, let alone pose threats to our country and our people, they should know that Russia’s response will follow without delay and entail consequences that you have never encountered in your history.

“We are prepared for any march of events.

“All necessary decisions in this connection will be made. I hope that I will be heard.”

In the midst of rising tensions between Moscow and Kyiv, Russian President Vladimir Putin called an emergency meeting of his security council in Moscow this week.

The objective of the meeting was to determine if Russia would recognize two rebel areas in eastern Ukraine as sovereign states.

Russia has officially abandoned the 2015 peace agreements that recognize Ukraine’s sovereignty over the land by recognizing the independence of the People’s Republics of Donetsk and Luhansk.

It also provides a pretext for Russia to send troops into separatist-held areas.