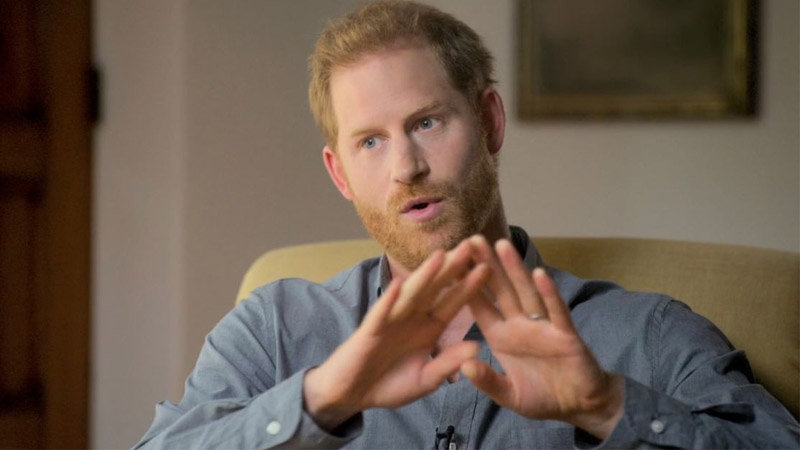 During the hearing, a High Court judge criticized the Duke’s legal team for breaching the embargo of the judgment by emailing a copy to someone who is not a lawyer A High Court judge has ordered that parts of documents in a case brought by the Duke of Sussex against the Home Office concerning his police protection in the UK will remain secret.

Prince Harry has filed a lawsuit against the UK government for refusing to allow him to pay for police protection for himself and his family while visiting the country in February 2020.

When the Duke and his wife Meghan, Duchess of Sussex, stepped aside as working Royals in search of private life in the United States, they lost their taxpayer-funded police protection. Archie, two, and Lilibet, nine months, are the couple’s two children, who live with them in Los Angeles. The Duke now wants to bring his children to the United Kingdom, although a spokesman earlier stated that he and his family are “unable to return to his home” due to the threat.

Both sides requested that some of the court documents in the case be kept private during a hearing last month. On Thursday morning a judge acknowledged that “some information…concerns security arrangements put in place for the claimant and other public figures”.

Mr. Justice Swift allowed the request to redact documents but added that some of his reasons for the decision would have to be kept private as well. In his ruling at London’s High Court, Mr. Justice Swift said: “This judgment does not consider the merits of that claim, it concerns only the extent to which it is necessary for information relied on upon in support of the claim to remain confidential.

“For obvious reasons information on such matters usually remains confidential.” He continued: “Information about these matters would self-evidently be of interest to anyone wishing to harm a person within the scope of the security arrangements and would assist them to piece together previous practice with a view to anticipating present or future security provision.”

Per the BBC, His decision only applies to redactions from witness testimony and documents explaining the Duke’s case; it does not rule on whether or not the Duke’s claim against the Home Office can continue. He also chastised the Duke’s legal team for breaking the judgment’s embargo by sending a copy to someone who isn’t a lawyer during the brief hearing.

The judge said it was “entirely unacceptable” he wasn’t notified of the breach ahead of the judgment being handed down on the court, adding: “It is also unacceptable that you come without an apology to the court.”

The Duke’s counsel, Shaheed Fatima QC, said she accepted full responsibility and apologized. After being advised that he would no longer be afforded the “same degree” of personal protective protection when visiting, the Duke is appealing the decision of the Executive Committee for the Protection of Royalty and Public Figures (Raven).

Shaheed Fatima QC, the Duke’s attorney, earlier told the court that the UK “is and always will be his home.”

According to the Duke’s lawyers, his US-based private security team lacks adequate international jurisdiction and access to UK intelligence material, both of which are required to keep his family safe.

According to his spokesman, he prefers to fund the security personally rather than asking taxpayers to foot the bill. But Robert Palmer QC, acting for the Home Office, previously told the court the duke’s offer of private funding was “irrelevant”, adding: “Personal protective security by the police is not available on a privately financed basis.”