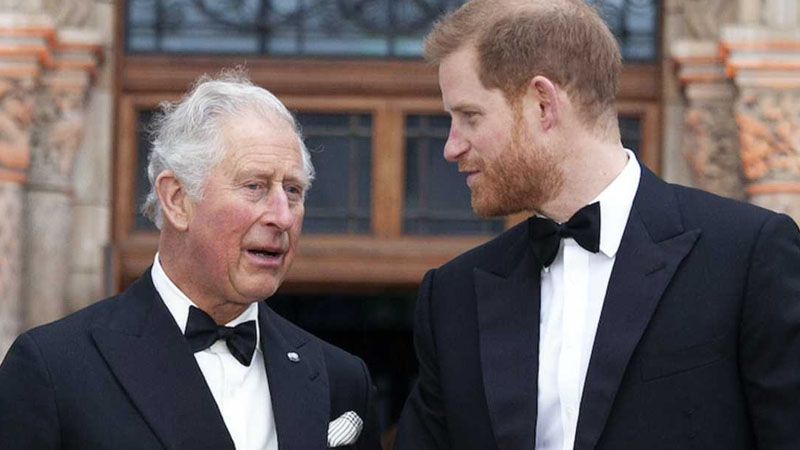 Nothing brings a family together quite like the holidays, and it sounds like the royals are no different. Although Prince Harry won’t be returning home to the UK to celebrate Christmas with his family, it does sound like he’s reconnected with his father, Prince Charles.

It doesn’t sound like Charles was happy when Harry originally announced his plan to trade his royal titles for commoner life in the US. We can understand that, as the future King of England, Charles is likely very proud of his royal heritage, so it probably didn’t feel that great to see his son toss all of it aside.

During Harry’s bombshell Oprah interview back in March, he made it sound like his father and brother were “trapped” because of their roles in the monarchy.

Then in May, Harry once again went after his dad, blaming Charles for making him part of a “cycle” of “genetic pain and suffering” during an appearance on Dax Shepard’s Armchair Expert podcast.

Charles is trying to move past his own hurt and to work toward repairing his relationship with his youngest son, according to Page Six. “I don’t think [Harry and Charles] talked for a good while, but now the channels of communication are open,” a source revealed.

“I don’t think it’s all roses. It’s not like they are sitting down for a heart-to-heart on the phone once a week,” the source added. Given the ongoing estrangement in the royal family, even just the news that they’re back on speaking terms seems huge.

In a new book by Christopher Andersen called Brothers and Wives, Charles is accused of being the one who made the off-putting comment about the color of Archie’s skin that Harry and Meghan discussed during their Oprah interview.

According to the author, Charles posited the question, “What do you think their children’s complexion might be?” while talking to Camilla.

Despite rumors that the Sussex family might make their way home for the holidays, it appears royal watchers shouldn’t get their hopes up for a royal reunion until well into 2022. Harry and Meghan are expected to return to the UK for the Queen’s Platinum Jubilee celebration.

Knowing that they will all together soon make the fact that Harry and Charles are working to sort out their differences seem that much more important. Hopefully, everyone’s able to come to a resolution that makes them happy before they’re all tasked with seeing one another face-to-face next year.