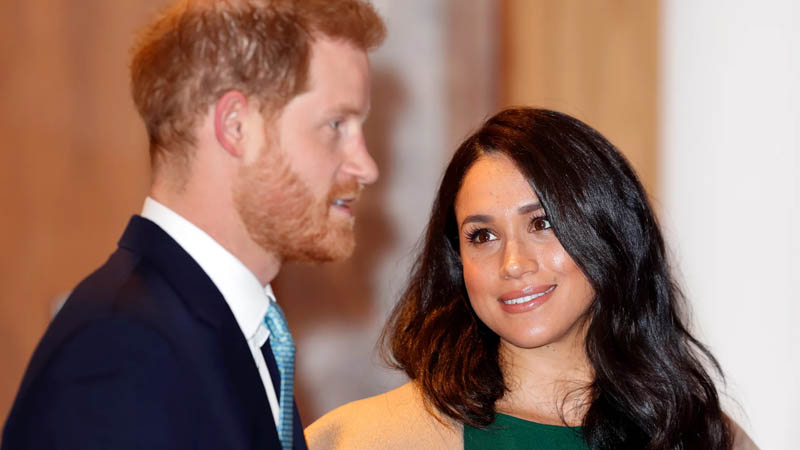 The royal family recently had their first meeting with Meghan Markle and Prince Harry’s daughter, Lilibet. It was a success by all accounts. The Duke and Duchess are said to be concerned that Lili won’t have more time with her great-grandmother and will be “written out of royal history” as a result.

According to The Express, when asked about the circumstance by a source, royal analyst Neil Sean stated: “According to that good source, it appears that both Harry and Meghan feel that their daughter is going to be re-written out of history.

This is because if you think about it logically, when are they next going to return? When will the opportunity be there to have a formal portrait with our gracious monarch? And at 96 years old they have to look logically at that. So will their daughter Lili ever truly get to meet her great-grandmother again?”

It is not clear when Meghan and Harry will bring their kids back to the UK. However, it is said that they were denied permission to take a picture of Lilibet and Her Majesty when on their trip for the Queen’s Jubilee. The Sussexes wanted to bring a photographer when Lili first saw her namesake, but they were told no because of privacy concerns, according to a report from The Sun at the time, as per Latin Times.

“Harry and Meghan wanted their photographer to capture the moment Lilibet met the Queen,” a source said. “But they were told no chance. It was a private family meeting.” On Lili’s birthday, the pair ultimately decided to share a solitary portrait of her, which can be seen here.

The palace refused to confirm the occurrence of the meeting. Sean surmised that the absence of official photos from Queen Elizabeth and Lilibet’s first meeting with one other may have upset the royal couple.

The royal pair, however, apparently did not want a picture, according to a New York Post source. An unnamed insider with knowledge of the situation claims that the Sussexes spent private and intimate time with Queen Elizabeth. They didn’t demand pictures because the “Queen wasn’t feeling well,” according to sources.