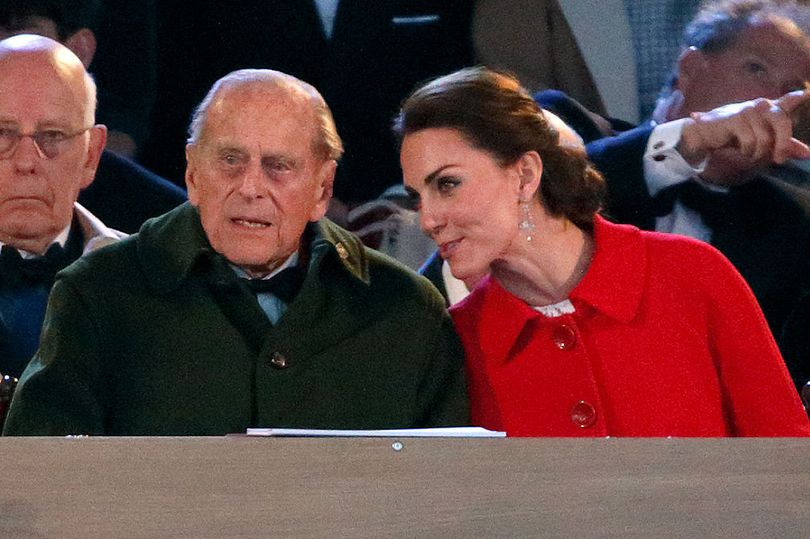 Kate Middleton is ‘the glue’ in the Royal Family in the same way that Prince Philip once was, a royal expert has claimed.

The Duchess of Cambridge is said to be stepping into the role of ‘trying to keep things together’ within the family.

And an insider says she may prove a more popular successor to the Queen than Charles and Camilla when the time comes.

The Royal Family has been hit by a rocky start to 2021 with a string of sensational claims from Prince Harry and wife Meghan Markle.

In an interview with Oprah earlier this year it was claimed that there were “concerns” over the colour of their son Archie’s skin, but Meghan refused to name the Royal who she held the conversation with.

Then further claims were made in a series of interviews that Harry gave while in the US.

In the documentary series The Me You Can’t See, Harry accused the Royal Family of “total neglect” and claimed his dad allowed him to “suffer” as a child in the face of the media.

The Queen is reported to be “deeply upset” by the public digs at the Firm – and she has taken them “very personally”.

In an interview on 60 Minutes Australia Vanity Fair royal editor Katie Nichol said Kate Middleton was in the position of keeping things together for the family.

Host Tom Steinfort said: “Kate’s standing in the Royal Family has now come so far that many believe she is their biggest asset.”

Ms Nicholl answered: “I think Kate is the glue. In the same way that the Duke of Edinburgh was always the one who would help resolve family issues.

“He was the patriarch of the family.”

She added: “I see Kate stepping into that role. Trying to keep things together.”

She also discussed the line of succession and whether the monarchy should skip the next in line, Prince Charles, when the time comes.

She said: “A lot of people think it would make more sense to skip a generation and let the crown move straight to William and Kate.

“Possibly they might prove a more popular King and Queen than Charles and Camilla.

“But the idea of breaking constitution and that is essentially everything the Royal Family is built upon is really something that’s not going to happen.”

Meghan Markle will have a Modest celebration on her 40th Birthday