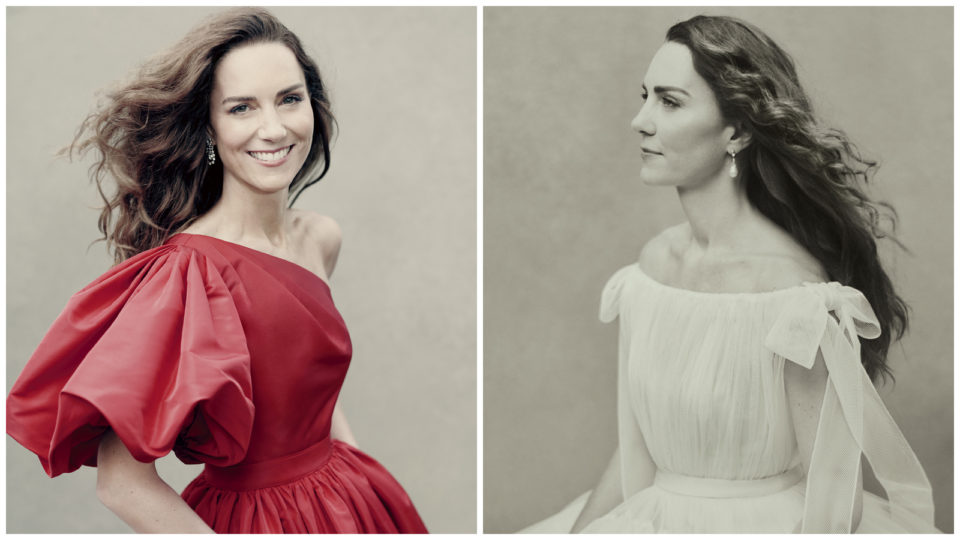 Credit: Duke and Duchess of Cambridge and Paolo Roversi

To mark Duchess Kate Middleton’s 40th birthday on January 9, Kensington Palace has released three new portraits of the royal family member. The Duchess of Cambridge has been photographed by Paolo Roversi, and the pictures were clicked in November 2021 at the Kew Gardens, an announcement from Kensington Palace stated.

The three stunning portraits of the Duchess will be a part of the collection at the National Portrait Gallery. A statement by Kensington Palace attached to one of the three images on Twitter said, “Delighted to share a new portrait of The Duchess ahead of her 40th birthday tomorrow.”

Along with the black-and-white image of Duchess Kate Middleton, the statement added, “This is one of three new portraits which will enter the permanent collection of the National Portrait Gallery, of which The Duchess is Patron.”

Replying to the tweet, the National Portrait Gallery commented, “Thrilled to be welcoming the three new portraits into our Collection!”

In the image shared on Twitter, the Duchess is seen in an Alexander McQueen gown, a report by Vogue confirmed. It further said that the earrings are worn by the Duchess in the photo once belonged to Princess Diana, her late mother-in-law.

The new portraits will be part of the collection of the National Portrait Gallery, which is scheduled to re-open in 2023. As per a report by ET, the portraits will be featured in the gallery’s “Coming Home” project. The “Coming Home” project has been described by the palace as “a nationwide initiative which sees portraits of well-known individuals being sent to locations with which they are closely associated.” It aims to give the people of the United Kingdom the opportunity to view famous works locally.

Ahead of the National Portrait Gallery’s re-opening in 2023, the images will be shown at three locations that are dear to the Duchess. They will be up for display throughout this year at Kate Middleton’s home county of Berkshire, her alma mater of St Andrew’s University in Scotland, as well as Anglesey in Wales, where she first lived with Prince William after their wedding.

The pictures received unanimous praise online. Reacting to the image shared on Twitter, a user said, “I’m speechless, this image is simply iconic and will go down in history!”

Another user seconded this and wrote, “Paolo Roversi has captured a fleeting thing of beauty. It’s as though we’ve traveled back to the Victorian age. The setting, spartan gown, bold profile, angelic hair, and just a peek of that ring. Bravo! This is one for the ages.”

Duchess Kate Middleton has been married to Prince William since 2011. Prince William, who is the Duke of Cambridge, is second in the line of succession to the British throne. The couple has three children.