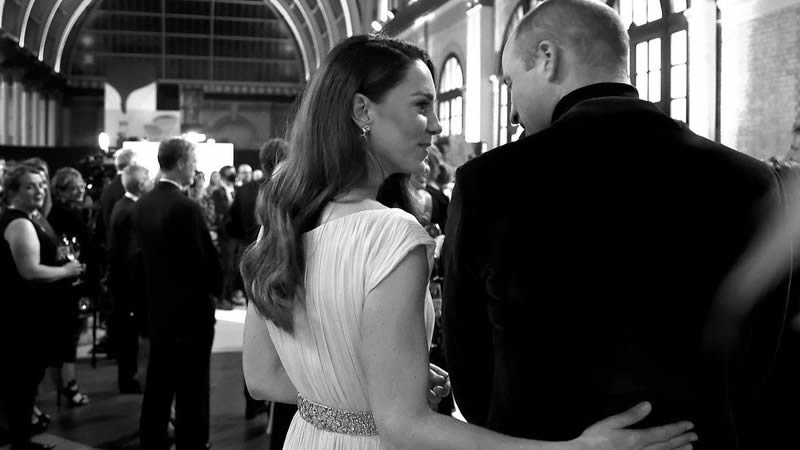 The Duchess of Cambridge was beaming with pride.

The Duke and Duchess of Cambridge are still as loved up as ever after ten years of marriage.

Prince William along with his beautiful wife, Kate Middleton, was in attendance, of course, as the initiative’s founder, after a buildup marked by royal displeasure at world leaders’ inaction on climate change.

The Duke and Duchess of Cambridge looked to be as smitten as ever during the event, according to People, with Getty royal photographer Chris Jackson detailing Kate’s reaction to her husband’s efforts on the night.

“(Kate) was so clearly really proud of him when he came back from his speech,” Chris told the people, who explained she had been watching the duke from a TV backstage.

“They are a strong team,” he added.

Chris himself posted behind-the-scenes photos from the event on the official Duke and Duchess of Cambridge Instagram account.

Kate was said to be overwhelmed with joy for her husband.

Prince William and Kate were all smiles when they stepped from behind a curtain, as well as William waiting backstage and Kate with a comforting arm around her husband’s waist, in a series of black-and-white photos.

The duke wore a green velvet suit, while the duchess wore a stunning lilac outfit.

The caption read, “Behind the scenes at the first-ever @EarthshotPrize Awards.”

Royal fans were delighted to see the Cambridges share these candid, loving moments, and they expressed their delight in the comments section.

“How lovely to see genuine love and affection,” one user wrote.

“Their romance is really regal ❤️,” penned a third.