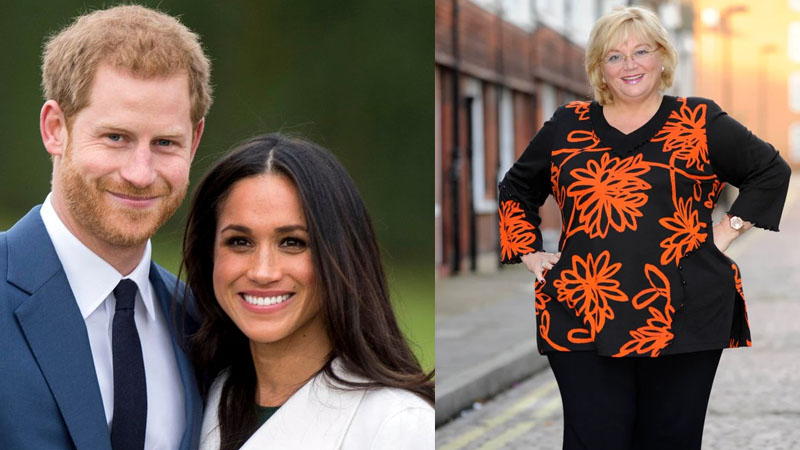 Celebrity psychic Sally Morgan – who claims to have had a close relationship with the late Princess Diana – has revealed the startling prediction she made about Prince Harry’s future wife Meghan Markle before they had even met.

Speaking to Matt Shirvington and Kylie Gillies on The Morning Show, Sally opened up about her relationship with Diana and other royals, as well as her predictions on whether Harry and Meghan will last.

“I was very close to them both for a long time,” Morgan said of Diana and her sister, Lady Sarah McCorquodale. “It’s only now that I look back and realize just how amazing it was to be able to speak to her for four and a half years, almost daily.”

Speaking of the moment she spoke to Harry after Diana’s passing, Sally revealed that the Duke of Sussex contacted her around eight years ago while he was in an on and off relationship with Cressida Bonas.

It was during this phone call that the Prince asked about his mother’s death on that fateful day in 1997.

“I was on holiday in St Tropez and he called me and the first thing he said was, ‘What do you think about how my mother died?’.” She says she told him to speak to Diana’s sister, Sarah, saying “she will tell you what I told her before your mother passed away”.

Sally told the Mirror, “I had spoken to Sarah before Diana’s death and had made a prediction the Queen was going to die, that she was in a really dark place and I could see a pavement.

“I said they are going to drag her out and give her CPR and she is going to have a heart attack. That is what the Princess of Wales died off, a heart attack. I said a week later the Queen Mother will die because I can see her funeral. Well, the Princess of Wales had the Queen Mother’s funeral that had been arranged because they had all their funerals arranged, and Diana took that. I didn’t tell Harry that though, I just told him to speak to his aunt.”

“But I predicted that before she did the interview with Martin Bashir, where she said, ‘I want to be known as the Queen of Hearts.”

Sally revealed that during her conversation with Harry, she also told the Duke of Sussex that his future wife would have “brown hair”.

“One of the sweetest things he said to me was, ‘What color hair will my future wife have? Will, she has blonde hair?’” she said. “I said he would marry someone with dark hair.”

The Surrey-based medium also told the hosts of The Morning Show her prediction on whether Meghan and Harry’s marriage would go the distance, saying, “I see for her, she’s got great love in her marriage with him.

“I know lots of predictions say it won’t last, but I think their marriage will last,” she declared.

“It will run its full course, and I think there’s absolutely no doubt she has laid down the law and it’s going to be how she wants it. There’s no doubt about that!”