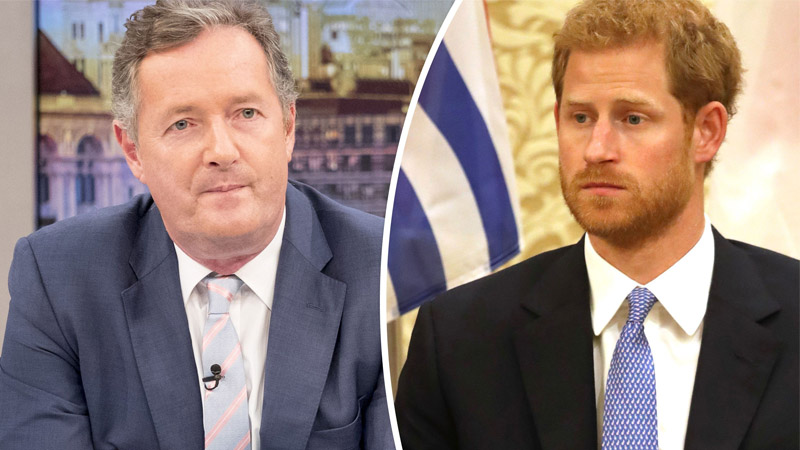 According to Fox Nation personality Piers Morgan on Wednesday, Prince Harry, the younger son of British heir Prince Charles, has adopted the United States and is treating it with the same contempt with which he has recently treated his family.

Harry delivered the keynote address at the UN, where he bemoaned that the epidemic and climate change had made 2017 a “painful year.”

The prince made what were viewed as veiled attacks on the American right, which he accused of “weaponizing lies and disinformation at the expense of the many” and “the rolling-back of Constitutional rights here in the United States; we are witnessing a global assault on democracy and freedom.”

As per Foxnews, the allusion to “Constitutional rights” was generally thought to refer to the Supreme Court’s decision in Dobbs v. Jackson, which gave state governments back the power to regulate abortion.

Morgan claimed that Harry “ditched” his homeland and his family to live in California with “his spoiled wife,” Meghan Markle, as a wealthy American citizen.

“[They live] in an $11 million mansion from which they preach about equality and poverty. I mean, you couldn’t make it up, Sean. It’s completely ridiculous,” Morgan said.

He cautioned Harry against being a “renegade royal” with no official duties who wants to “hav[e] his royal cake and eat it.”

“[As] he starts trashing the American Constitution and the American people in the way that he’s now doing, in the same way, that he and his wife trashed the royal family. It’s not going to end well,” Morgan said.

When Fox News host Sean Hannity offered to fly Harry back to London, Morgan jokingly bristled, remarking the immigration of Harry is merely compensation for the U.S. “sending” socialite Wallis Simpson, who was born in Pennsylvania, to England to temporarily “destroy” the monarchy.

Prince Edward, who would later become King Edward VIII, captured Simpson’s heart. Edward eventually abdicated to stay with Simpson due to the possibility of a monarch marrying a divorcee, handing the throne to his brother King George VI.

The then-Princess Elizabeth, George’s daughter, has since gone on to be the country’s longest-reigning monarch.

“It’s revenge for Wallis Simpson… You sent Wallis Simpson over to destroy our monarchy. We have sent Harry to go and ruin your life. So sorry about that,” Morgan joked, reiterating Harry’s critiques as “shocking hypocrisy.”