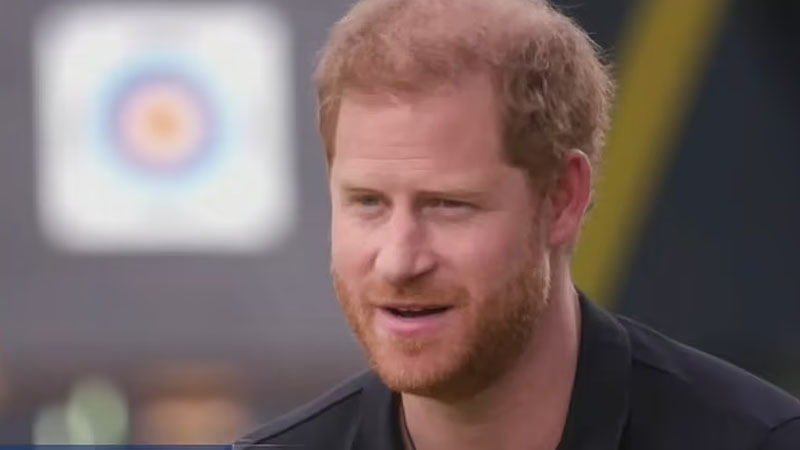 Following Queen Elizabeth II’s passing on Thursday at the age of 96, Prince Harry released a heartfelt statement in her memory.

On his and wife Meghan Markle’s Archewell website on Monday, the 37-year-old Duke of Sussex posted a message to the late Queen, specifically signing it from himself alone.

“In celebrating the life of my grandmother, Her Majesty The Queen — and in mourning her loss — we are all reminded of the guiding compass she was to so many in her commitment to service and duty,” Harry began, calling the late sovereign a “globally admired and respected” leader with “unwavering grace.”

He continued, “Granny, while this final parting brings us great sadness, I am forever grateful for all of our first meetings—from my earliest childhood memories with you, to meeting you for the first time as my commander-in-chief, to the first moment you met my darling wife and hugged your beloved great-grandchildren.

“I cherish these times shared with you, and the many other special moments in between. You are already sorely missed.”

Harry thanked his grandmother and said that she and her late husband, Prince Philip, have been “reunited… in peace” before concluding.

The tribute was given four days after the Archewell website went dark and only displayed a brief message mourning the passing of the monarch.

The foundation quoted “In loving memory of her Majesty Queen Elizabeth II 1926-2022.”

After sharing earlier in the day that the Queen’s health was failing, Buckingham Palace announced on Thursday afternoon that she had passed away.

The royal family tweeted, “The Queen died peacefully at Balmoral this afternoon.” The King and The Queen Consort will spend this evening and tomorrow at Balmoral before leaving for London.

Harry rushed from Germany to Scotland to be by Her Majesty’s side once the palace announced she had been put under “medical supervision,” but he arrived too late.

The “Suits” alum, 41, reportedly did not accompany him, according to Page Six. On Saturday, she did get together with Harry’s family members to pay her respects.

The late sovereign’s funeral will be attended by Markle and Harry, who reside in Montecito, California, and have stepped down from their royal duties.

The Queen’s Platinum Jubilee celebration in June was the last time the Duke and Duchess of Sussex paid her a visit.

Markle and Harry had a good relationship with Harry’s grandmother despite their opposition to the British royal family and their tense relationships with Prince William and King Charles III.

Markle criticized the royal family for staying silent when she came forward about having suicidal thoughts during their infamous tell-all interview with Oprah Winfrey in March 2021.

But Markle said the Queen caused no problems for the pair, saying at the time, “There’s the family, then there are the people that are running the institution. Those are two separate things. It’s important to be able to compartmentalize that, because the Queen, for example, has always been wonderful to me.”

Likewise, Elizabeth has always voiced approval for her grandson’s relationship with Markle.

In November 2017, the monarch shared that she was “delighted” after the pair announced their engagement after almost a year and a half of dating.

A few months later, Elizabeth officially gave her stamp of approval for Harry to wed Markle.

“I declare My Consent to a Contract of Matrimony between My Most Dearly Beloved Grandson Prince Henry Charles Albert David of Wales and Rachel Meghan Markle, which Consent I am causing to be signified under the Great Seal and to be entered in the Books of the Privy Council,” she wrote at the time.

The duo tied the knot in St. George’s Chapel at Windsor Castle in May 2018.