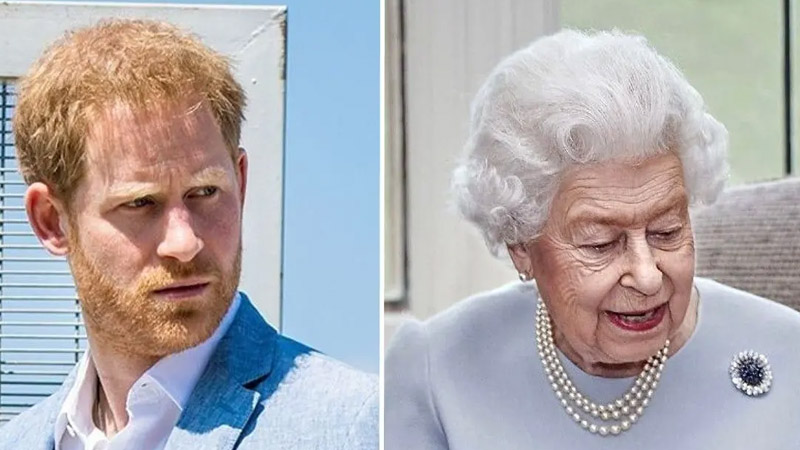 Meghan Markle spoke with Queen Elizabeth about her wish to become a mother. The sweet story is told in Prince Harry’s long-awaited book, Spare, which will be released on Tuesday.

During Meghan and the Queen’s first joint engagement in June 2018, just weeks after the Sussexes’ royal wedding in Windsor, Prince Harry writes that his wife returned “glowing” from a visit to Cheshire, about 200 miles from London, where she and the monarch met with community leaders and watched a performance by local schoolchildren, according to Yahoo reports.

“The Queen and I really bonded!” Harry quotes his wife as saying in Spare. “We talked about how much I wanted to be a mom and she told me the best way to induce labor was a good bumpy car ride! I told her I’d remember that when the time came.”

In May 2019, Meghan and Harry’s goal to become parents came true when their son Archie Harrison was born. The Sussexes moved to North America the next year, and their daughter Lilibet Diana was born in June 2021 in California. Both of the children had the opportunity to meet the monarch, who died in September at the age of 96.

Meghan wore the pearl and diamond drop earrings her grandmother-in-law gave her in celebration of their first solo expedition in Cheshire while paying her respects to visit the Queen lying in state.

In this week’s exclusive PEOPLE cover story, Prince Harry recalls his memories of the late monarch. “My grandmother and I were very close, and we very much did have a special relationship,” he says. “I miss her dearly, as well as her cheeky sense of humor and quick wit.”

“I’m also really happy for her. She lived a full life and is now reunited with her husband,” Harry continues, recalling his grandfather Prince Philip, who died in April 2021. “I will forever cherish every memory I had with her, especially the times she spent with my children,” he adds of Archie and Lilibet.

In Spare, Prince Harry reflects on the meeting of Archie and Lilibet with their great-grandmother in June 2021. The royal family had gone to the United Kingdom from their California home for the Monarch’s Platinum Jubilee celebrations, which marked her 70th year on the throne.

Archie was “making deep, chivalrous bows,” while Lili was “cuddling the monarch’s shins,” according to Harry. “Sweetest children, Granny said, sounding bemused,” he wrote in the book. “She’d expected them to be a bit more . . . American, I think? Meaning, in her mind, more rambunctious.”