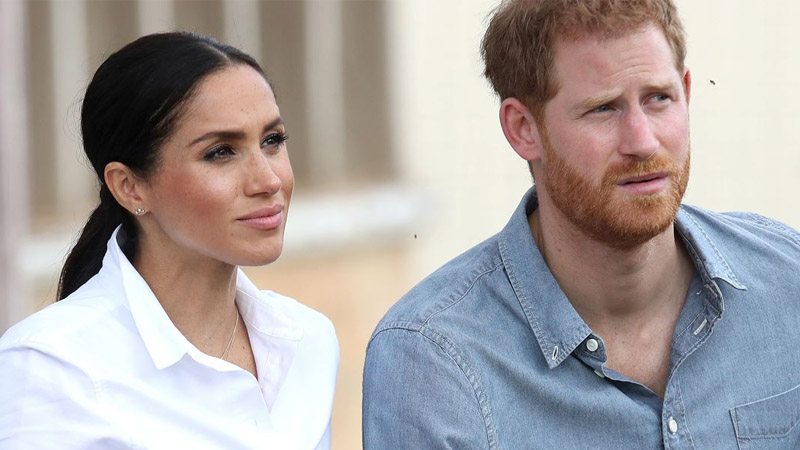 Prince Harry and Meghan Markle broke a number of royal protocols around the birth of their daughter Lilibet Diana. On June 4, 2021, Meghan Markle gave birth to Lilibet Diana. She is the 11th great-granddaughter of Queen Elizabeth II and the eighth in line to the throne.

When the Duke and Duchess of Sussex stepped down from their royal obligations in January 2020, the main goal was to acquire greater control over their lives, allowing their children to have more privacy.

The birth of Lilibet has revealed exactly how far the couple has strayed from royal life, as they have disobeyed a slew of royal procedures that are expected when a royal baby is born. The list detailed the royal customs that the Duke and Duchess had disregarded at Lilibet‘s birth.

They said: “In June, Prince Harry and Meghan Markle announced the birth of their second child and first daughter, Lilibet Diana.” “Unlike the birth of nearly every other member of the royal family, Lilibet’s birth was not a grand announcement in England.”

“In fact, Prince Harry and Meghan waited until two days after she was born to announce her birth.” “This move deviated greatly from the typical royal family birth protocol.” “Which is to capture a photo of the mother and newborn just a day or two after the mother gives birth to the newest member of the Royal Family.”

“Though it has been four months since her birth, Prince Harry and Meghan have yet to share what Lilibet looks like in a single photograph.” “This deviation proves just how different Harry and Meghan’s lives are since they left their royal duties behind in January 2020.”

They further added: “Stranger still (though it might also be a result of the COVID-19 pandemic), the royal family also has yet to meet Lilibet in person — though Queen Elizabeth II has been lucky enough to meet her virtually, at least.”

“Prince Charles, Prince Harry’s father, is particularly unhappy about not yet meeting Lilibet.” “I think Prince Charles really wants to meet his granddaughter,” royal expert Nick Bullen told Us Weekly. “Prince Charles is incredibly sad about everything that’s gone on. So the family will want to meet each other.”

There has been discussion in recent weeks about whether the couple will travel to the UK for Christmas. As per Express, following the Queen’s health scare, Harry may feel obligated to come to the UK and relieve his 95-year-old grandmother of some of her responsibilities. Meghan Markle, unlike Harry, has not visited the United Kingdom since leaving the royal family.