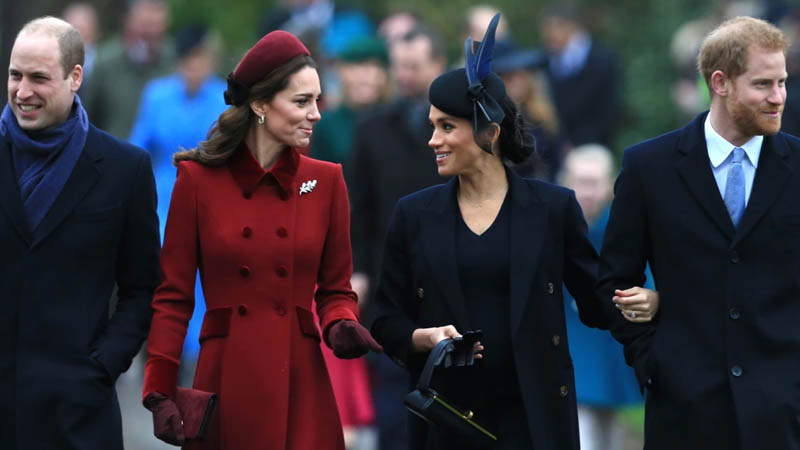 The Sussexes and Cambridges will be living a short walk from each other, Prince Harry and Meghan Markle reportedly have “no plans” to meet with William and Kate during their UK visit next month.

A spokesperson for the Duke and Duchess of Sussex said on Monday that the couple will visit the UK and Germany in September for several charity events “close to their hearts.”

On September 5, the couple will attend the One Young World Summit in Manchester, a global gathering that connects and promotes young leaders.

On September 6, Harry and Meghan will travel to Germany to celebrate one year until the Invictus Games in Dusseldorf in 2023.

Amid unresolved tensions, the trip raised the prospect of future reconciliation between the royal brothers.

The couple is reported to have not spoken since last summer when they presented a statue of their late mother, Princess Diana.

Harry and Meghan are to stay at their 5-bed Frogmore Cottage just days after the Cambridges go to Adelaide Cottage, which is a short walk away.

However, insiders say the duo is unlikely to pop over for a cup of tea.

According to royal expert Ingrid Seward, the couples will not meet unless it is “pre-arranged.”

“I don’t think they would bump into one another unless it was pre-arranged,” Ms. Seward said.

The last time Harry and Meghan visited the UK was in June for the Queen’s Platinum Jubilee celebrations.

The couple made their first public appearance since stepping down as senior royals in 2020 when they attended the Service of Thanksgiving at St Paul’s Cathedral.

Woman Wore Mascara To Sleep For Twenty-Five Years. What The Doctors Found Under Her Eyelids Let Them Stunned!

Fire Captain Brian Jordan Says the Trauma of Photographing Kobe Bryant Crash Site Still Haunts Him: ‘It Was Horrifying and What Put Me off the Job’