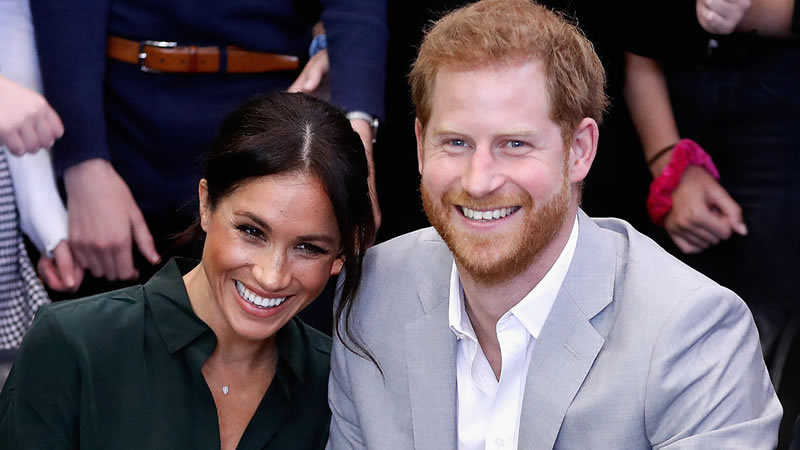 Meghan’s first speech in the country since leaving the royal family two years ago. A crowd gathered outside the One Young World as they were driven 200 yards from their hotel to Manchester’s Bridgewater Hall for the youth gala. Some people booed and waved anti-royal placards at the couple as they got out of their car. One protester was seen holding a sign reading, “FO Harry and Me-Gain Fake Royals.”

An angry protester called Janet, who lives in Manchester was infuriated by Meghan’s presence in the city.

“She’s a fake humanitarian and a fake feminist. She’s a social climber… she thought she could be a celebrity in the Royal Family and she’s the most toxic, divisive woman I’ve ever heard of in my life.”

She added: “The Queen has been on the throne for 70 years and she’s had to put up with all this trouble. Meghan has used every card she can – racism, mental health, feminism. She’s not a feminist, she’s just a hypocrite.”

Another demonstrator added: “It was odd that the whole speech was about herself. But that is Meghan. The mom-of-two was criticized for referencing herself 54 times in the seven-minute speech.

Meghan made headlines last week when she claimed in an interview that the “N-word” was used to describe her children. In a wide-ranging interview with The Cut magazine, the Duchess of Sussex made a number of startling claims. Among the more sensational statements was Markle’s refusal to share photos of her children with the media. Meghan, Prince Harry’s wife, appears to be accusing the British royal press of using the “N-word” to describe her children.

She told the magazine: “There’s literally a structure by which if you want to release photos of your child, as a member of the family, you first have to give them to the Royal Rota. Why would I give the very people that are calling my children the N-word a photo of my child before I can share it with the people that love my child? You tell me how that makes sense, and then I’ll play that game.”