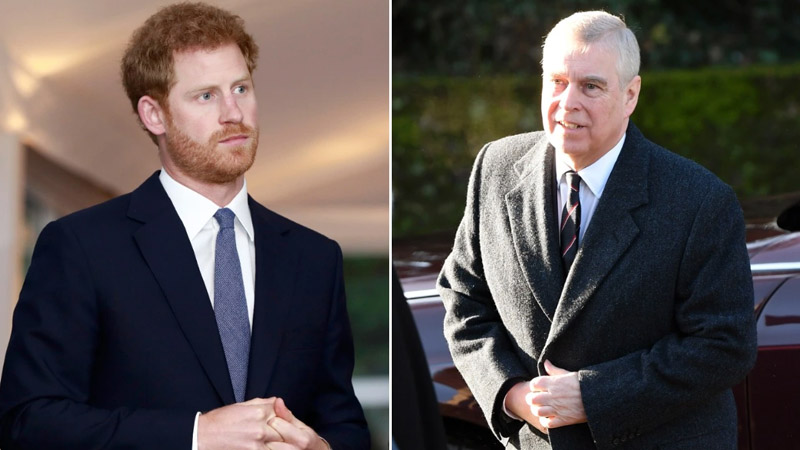 The Royal Family shuffle has seen the King expand a pool of “Counsellors of State,” who perform constitutional roles while the King is away. In the absence of the King, the Earl of Wessex and Princess Royal can now legally take over the duties.

Princes Harry and Andrew have also managed to keep their titles, despite previous rumors that they would be deprived of them. Writing to the House of Lords, King Charles said he would be “most content” if the number of Counsellors of State “be increased to include my brother and sister, Princess Royal and Earl of Wessex.”

The statement read: “To ensure the continued efficiency of public business when I’m unavailable, such as while I’m undertaking official duties overseas, I confirm that I would be most content should Parliament see fit for the number of people who may be called upon to act as counselors of State under the terms of the Regency acts 1937 to 1963 to be increased to include my sister and brother, Princess Royal, and the Earl of Wessex and Forfar. Both of whom have previously undertaken this role.”

It has previously been rumored that Charles was considering amending the legislation to make state counselors exclusively working members of the Royal Family. Under British law, both Harry and Andrew are still Counsellors of the State, despite the fact that they are no longer working royals.

Because Harry resides 5,000 miles away in California and disgraced Andy has been removed from public life under a sex abuse cloud, the House of Lords asked for a “sensible amendment” in October. Andrew was removed from his royal duties in February, but he has been a Counsellor of State since his 21st birthday in 1981, and Harry since his 21st birthday in September 2005.

Viscount Stansgate had urged the House of Lords that the Regency Act needed to be amended now that Charles became King. He said: “Otherwise, are the Government happy to continue with a situation where the counsels of state and regency powers may be exercised by the Duke of York or the Duke of Sussex, one of who has left public life and the other of whom has left the country?

“Is it not time for the Government to approach the King to see whether a sensible amendment can be made to this Act?” Queen Elizabeth II has not been outside of the UK since 2015, but the King, Queen Consort, and Prince of Wales are all due to go on Coronation tours throughout the world next year. When the previous Queen was on official visits in the 1970s, Princess Margaret and Queen Mother filled in.

Stimulus Check 2022: Which states are issuing tax refunds this month?