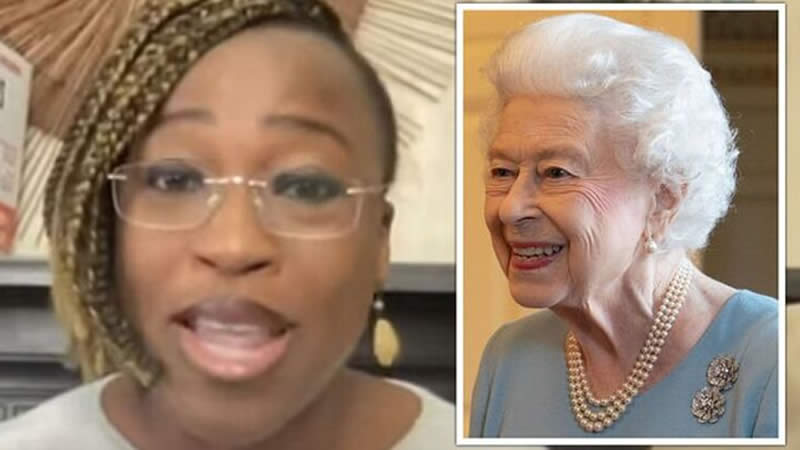 Dr. Shola Mos-Shogbamimu criticized the Queen for “failing” to apologize or pay reparations to Caribbean nations.

Caribbean protestors seeking restitution have urged the Queen to apologize after the Earl and Countess of Wessex received a mixed reaction during their visit to Saint Lucia.

During a walkabout in the town of Soufriere, Edward and Sophie were greeted warmly, but before visiting a cocoa plantation, they were confronted by a group of roughly ten protesters. On their Caribbean tour, the pair has yet to hold a public walkabout.

Speaking to Sky News, Dr. Shola said: “The British monarchy’s popularity is at an all-time low and it no longer has any relevance.

“From the Cambridges to the Wessexes it shows that the Royal Family isn’t listening.

“It is an insult to Afro-Caribbeans in those countries.

“It is also a testament that the Queen as head of state of those nations failed.

“She failed as head of state, she has no legacy to leave because the first question you have to ask is, what did the Queen ever do as political head of state for these Afro-Caribbean nations?

“What did she ever do for her subjects, the Afro-Caribbean citizens?

“What has she ever done for the British Afro-Caribbeans who were born and raised in this country?”

She added: “When these countries are demanding reparations, what is the response we’re getting from the Royal Family?

“Nothing. No apology or reparations. America paid $1.6billion in reparations to the Japanese Americans.”

Anti-monarchy campaigners have described the Earl of Wessex’s “disinterest” in Caribbean reparations as “an insult to Britain as much as it is” to the islands.

As per Express, the Prime Minister of Antigua and Barbuda implored Edward and the Countess of Wessex to utilize their “diplomatic influence” to obtain “reparatory justice” for the country, and Edward delivered a shaky laugh in response.

Graham Smith, the group’s chief executive, called the earl’s reaction “arrogant and contemptible,” accusing him of not being “interested in engaging sincerely with those they visit”.

Edward joked that he hadn’t taken notes during Gaston Browne’s opening remarks and hence couldn’t answer to all of his arguments.

The prime minister did not laugh at the comment.

During Monday’s visit, Mr. Browne also told Edward and Sophie that the island hoped to become a republic one day.

After being invited to speak in response to Mr. Browne’s address, the earl nervously laughed.

Maine To Send $850 Payments By June 2022 Under Fourth Stimulus Check: “I Am Here To Say To Maine People: Help Is On The Way. You Are Our Greatest Asset – And This Budget Delivers For You,” Says Gov. Janet Mills