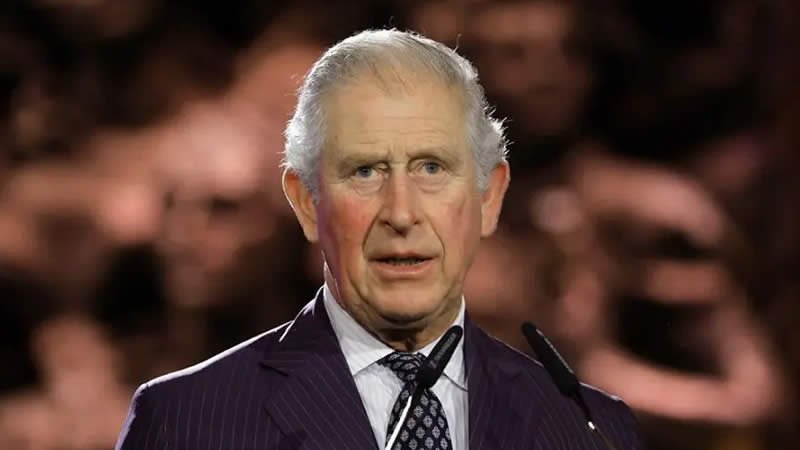 At the end of an emotional service for the late monarch, mourners at St George’s Chapel sang God Save the King, and the King appeared upset. The Queen died on September 8, aged 96, at her beloved Scottish home, Balmoral, after a reign of 70 years. She was laid to rest after a majestic state funeral service at Westminster Abbey, attended by family, friends, and the nation.

This was followed by a colorful procession through central London, with the Queen’s coffin carried on the Royal Navy’s State Gun Carriage to Wellington Arch at Hyde Park Corner. The coffin was then transferred by state hearse to Windsor, where she was laid to rest alongside her late husband, Prince Philip.

Guests sang the national anthem God Save The King after a ceremonial ‘breaking of the wand’ to signal the end of the Queen’s reign, the two pieces placed on her coffin as it is lowered into the Royal Vault. The former Prince of Wales, the Queen’s eldest son, appeared deeply moved.

@Vhicck said on Twitter: “As ‘God Save The King was sung for the first time, King Charles could not hold tears.” @feverspell tweeted: “At one point, he bit his lower lip and looked like he was about to burst into tears. I say ‘that poor man’ b/c while my mother died, I could grieve in private.” And @Hyperfashun said: “Charles’s face during God save the King looked so sad and deflated.”

@imamberzoe commented: “The look on Charles’ face as everyone sang God Save the Queen was absolutely heartbreaking. No matter your personal views, seeing a funeral, or a family lose a loved one, is something we can all relate to and brings back memories of our own losses. I hope they can grieve privately.”

Throughout the long day, her grieving family walked behind her coffin in a public tribute, and the King’s face was filled with emotion. Hundreds of thousands of people lined the streets to witness the Queen’s funeral procession.

Sussexes Called ‘Grifters’ on Talk Show Amid Their Criticism of Spotify

Meghan Markle owes her estranged dad ‘nothing’ even after her stroke: she “owes him nothing”