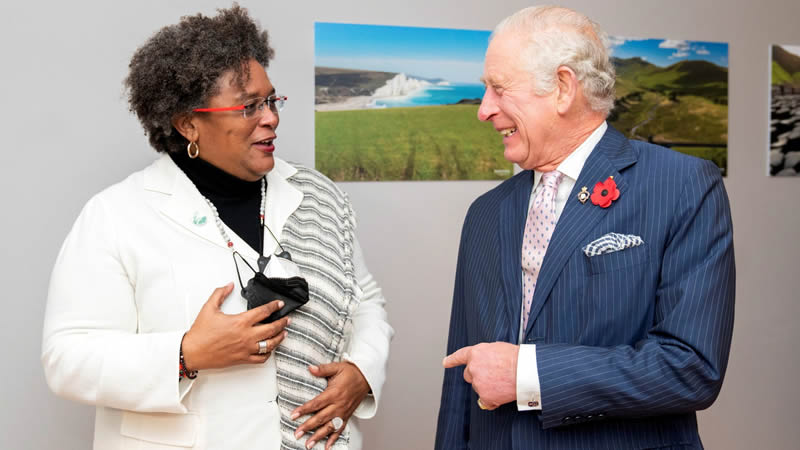 Barbados has defended its decision to invite the Prince of Wales to be the guest of honor at a ceremony marking the country’s conversion to a republic.

The country claims there is “no issue” with the British Royal family, despite the fact that the Queen will be removed from office as head of state on November 30.

When he arrives to witness the handover ceremony, the realm, which will replace the monarch with a president on November 30, will award the Prince with the Order of the Freedom of Barbados.

The decision to invite him has sparked the threat of a protest, with protesters calling it an “insult” to the people of Barbados because of the Royal family’s possible links to colonialism.

Lisa Cummings, minister of tourism and international transport, said in the Senate on Wednesday that the complainants were missing the point, calling it a matter of “international diplomacy.”

The Prince will be in the Caribbean country on Monday and Tuesday, attending events honoring the country’s transition to a republic.

‘We are making a signal to the world’

“There are some things that are simply about diplomatic relations,” Senator Cummings said, in response to local newspaper stories about protests.

“We are making a signal to the world, including the UK and countries within the Commonwealth, that while we are moving away from having the Queen as the head of state, we remain a member of the Commonwealth and we recognize the importance of our diplomatic relationships with the UK and its leadership.

“And that in the same way that we have historically also been conferred the highest honors, we are making a signal to the world that this transition we are making is without rancour, it is without angst, without acrimony and they [the monarchy] are here to say ‘we support what you are doing and we are diplomatically recognizing that’.

“This is what diplomacy is about. Friends of all first – that is what we do.

“There should be and can be no issue with the presence of any member of the Royal Family here for this transition and any conferral of an award of any representative, on the basis of the fact that we must engage the world.
“We remain 166 square miles, we are just under 100,000 people. We do not exist in this world alone.”

Professor Sir Hilary Beckles, a Barbadian historian, said: “This is the end of the story of colonial exploitation of the mind and body.

“The people of this island have struggled, not only for freedom and justice, but to remove themselves from the tyranny of imperial and colonial authority.”