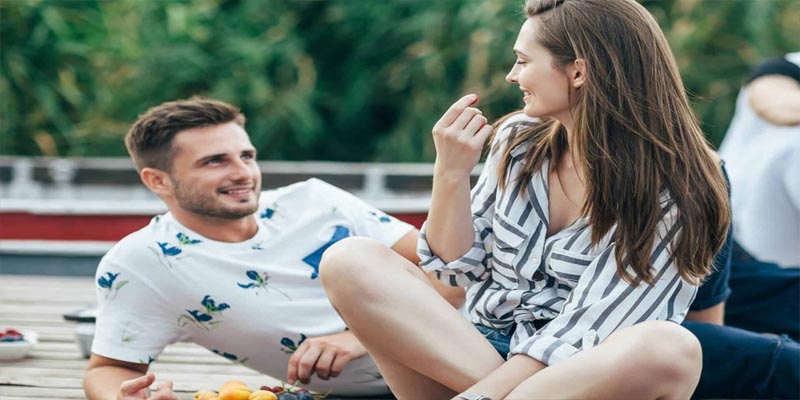 When it comes to flirting, men and women are attracted to each other like butterflies. Women usually make the first move of contacting and men make the final move but not always! Here are certain tips to recognize flirting in the opposite sex.

When men flirt, they aim to impress women with their physical strength, trustworthiness and good genes. Men blow out their chest, lean back in chair or walk in a particular style. They use impressive gestures like light cigarettes or ordering drinks.When it comes to women, flirting is done in a much better manner. Women love, to flirt by staring at men showing that they are interested, swaying their back, smiling and exposing their necks.

This tip suggests that women begin flirting by making an eye contact. If she likes him, she will either look down or maintain an eye contact. If a man is going to make his way, he would probably come over to meet her but won’t give an impression of being eager or aggressive.

The tip points out that flirting begin with the fact of who talks first? Men usually make the first move in this regard by picking up a traditional like, ‘how you doing?’ Women in this regard prefer simple, straightforward questions and introductions in this stage of the flirting.

According to this tip, reading body side reflects the third stage of flirting. Both men and women usually begin by standing or sitting side by side. They would twist and turn towards one another until they are face to face – and a dating relationship may develop!

This relationship tip suggests that women begin this stage of flirting by accidentally touching his arm or shoulder. If a man like it, he would reciprocate it by smiling or touching his arm and if he doesn’t like it he will be startled!

The final tip of flirting involves harmonisation of movement, which means men and women actually turn their heads at the same time, pick up and put down their drinks together, or even eat or breathe in the same rhythm. This happens naturally and is a strong indication of how partners attract one another and start dating relationships.

11 Golden Rules for A Great Relationship

How to be Funny but Not Mean in Relationship

Rules in a Relationship