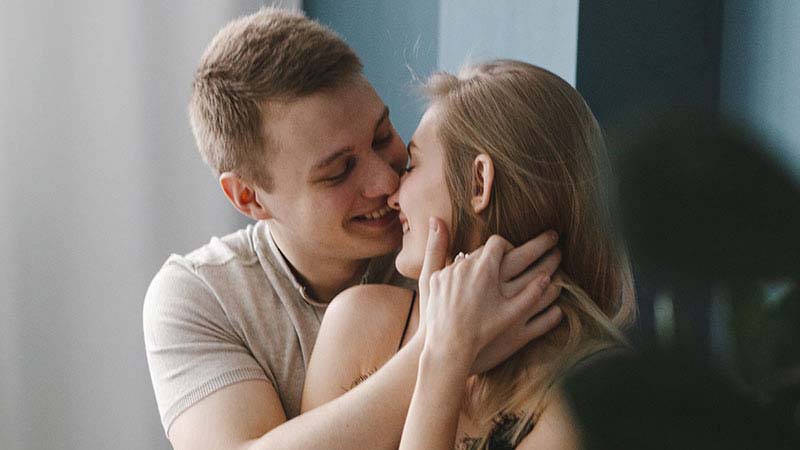 We know how a woman is when she is in love but we don’t know that men are even more emotionally involved when they are in love. Find out here how? And get to know your man better!

When I was a teenager I once read a novel called “Women in Love” but it was when I got into a relationship that I understood the true meaning of a woman in love. I got to know how women tend to act when they are in a relationship and I realized how juvenile things have become of so much importance to me since I am in love.

We all girls know how silly we can act, how we overreact and how easily we get emotional enough to cry rivers. So being a women we already know how much this love and relationship means to us and what not on earth we will do for our beloved.However, have we ever realized what being in a relationship means to men?

After many ups and downs in a relationship I finaly managed to know how are men in love. The things I figured are quite amusing yet very helpful in understanding your man.

Men are very easy to please” we know and it is very true particularly with men in love. They do not ask so much from you yet they keep giving you. All a man needs from his beloved is a happy face and what not he will do for her. So first point is pleasing your man is not at all difficult so why not keep that special person in your life content when It require such a little effort?

Jealousy is a key element of any relationship and women and men tend to have this feeling equally. Then why is it that when your man asks you to quit talking to some guys girls tend to feel it an attack on their freedom? None of those guys will be with you forever it will be only him who will stand by your side throughout your life (well that too is a risk but worth taking).

Its not only women but men also like to be pampered, ladies! They want you to take care of them, look after them and even act like their mother sometimes. Isn’t that the sweetest thing you can expect from a man, that behind that rough look and tough mouscles there is a man so vulnerable? I love taking care of my man and so should you just like he takes care of your needs.

Men too like being praised. They want to know how much a woman adores him and thinks of him as the sexiest man alive on earth. Don’t we like being admired by our boyfriends and want them to tell us how beautiful and hot we look even when we are all messed up? Same is the case with men they also love to know that his women prefers him over other men even in looks.

Men are very sensitive when it comes to being in love. It’s another issue that they do not show it off but deep inside I personally believe men are even more sensitive than women in certain cases. When men are hurt they do not cry it out like we girls do rather they take out their aggression on other stuff like sports, drugs, women, smoking etc. But assuming that a man is stone hearted and he does not feel things like women do is rubbish try talking over some problem of yours to your man and see how quickly he gets emotional.So men in love are also very emotional and we girls must take care of their emotions as well.

Possessiveness is another virtue of men in love and who does not like being possessed specially if you love being in love? I just adore the fact when a man thinks of you as HIS and same goes when a women knows that he is HERS. Men in love are awfully possesive and that can be the cutest thing in a relationship.

These are just some points that I have mentioned the list can go on and on. Men in love are certainly nothing less and women in love infact they may be more emotional when it comes to loving someone. Next time you and your guy have a fight try looking deeper at stuff that he does for you rather than hearing what he says, as a Man’s actions speak louder than words, and you might change your mind over the fact that how much he loves.

Sizzle Up Romance On This Valentine’s Day

The Blame Cycle: Why We Still Act like we’re in Kindergarten

7 Reasons You Should Be Having More Sex